Health officials are advising parents that a child who attended an east-end daycare centre has died of a bacteria-related infection. 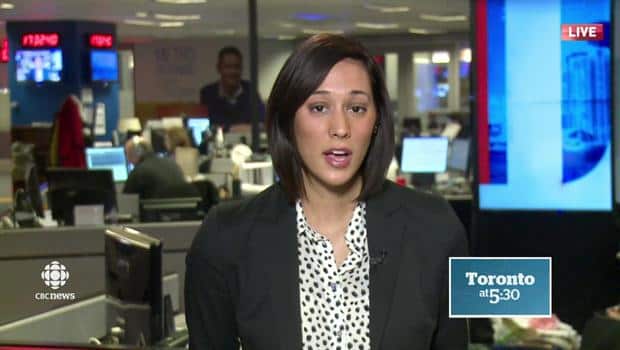 6 years agoVideo
1:55
A boy who attended an east-end daycare died of a bacterial infection. 1:55

Health officials are advising parents that a child who attended an east-end Toronto daycare centre has died of a bacteria-related infection.

Dr. Irene Armstrong, an associate medical officer of health with the City of Toronto, wrote a letter to the parents and staff of Woodfield Day Care last Thursday advising that a child had died of an infection caused by the bacteria known as group A streptococcus (GAS).

The letter indicates that GAS is "a common bacteria" that can cause strep throat, skin infections, scarlet fever and tonsillitis.

"On rare occasions, GAS can cause more severe illnesses such as toxic shock and necrotizing fasciitis (flesh-eating disease)," the letter says.

The city has released a fact sheet detailing the symptoms of severe invasive GAS.

Officials are advising the daycare staff and parents of the children to seek "prompt medical attention" should they or their children attending the daycare develop an illness with fever or any of these symptoms within 30 days of contact with a person diagnosed with invasive GAS.

Doctors should be instructed that the individual has been in contact with someone diagnosed with invasive GAS disease and developed symptoms.

The letter from the city does not say when the child died or his age.

Eileen Levy, the vice-president of family and neighbourhood services at WoodGreen Community Services, told CBC News that the child was a three-year-old boy.

Levy said the boy was found to be running a fever on Jan. 13, at which time his parents were called and he was picked up. He did not return to the daycare centre and died at home four days later.

According to Levy, approximately 100 children attend Woodfield Day Care. She said the daycare centre has very high standards and the facilities are regularly disinfected.

Woodfield Day Care is located within the Duke of Connaught Public School, in the Coxwell Avenue and Queen Street East area.