Steven Del Duca, the front-runner in the race to become the next leader of the Ontario Liberal Party, and his wife want the Toronto and Region Conservation Authority to hand over a section of protected land to save an in-ground pool they've built, CBC News has learned.

Steven Del Duca, the front-runner in the race to become the next leader of the Ontario Liberal Party, and his wife want the Toronto and Region Conservation Authority (TRCA) to hand over a section of protected land to save an in-ground pool they've built, CBC News has learned.

Del Duca and his wife, Utilia Amaral, live on a cul-de-sac in Vaughan. Their backyard is nestled against public parkland that's part of the Humber River watershed. It's considered environmentally sensitive land and is controlled by the TRCA.

Del Duca and his wife built the pool last summer without all the necessary permits — and it's too close to the parkland, according to municipal bylaws.

"I found out based on what I will call an honest mistake and the discussion we had with our contractor. It was alarming for me obviously as someone who has grown up in this community and has served publicly in the past. I knew it was a mistake."

City of Vaughan bylaws stipulate the pool should have been built at least 7.5 metres from the public parkland. Instead, it was built just 1.5 metres away.

Del Duca and his wife have asked the TRCA to hand over the land. In exchange, the couple has proposed giving the conservation authority a slightly larger section of their yard that leads down an embankment into a marked potential flood zone.

The provincial agency confirmed it's considering the swap.

"TRCA staff are reviewing and will be reporting back to a future executive committee," Michelle Sirizzotti, chief of staff to agency CEO John MacKenzie, wrote in an email to CBC News. 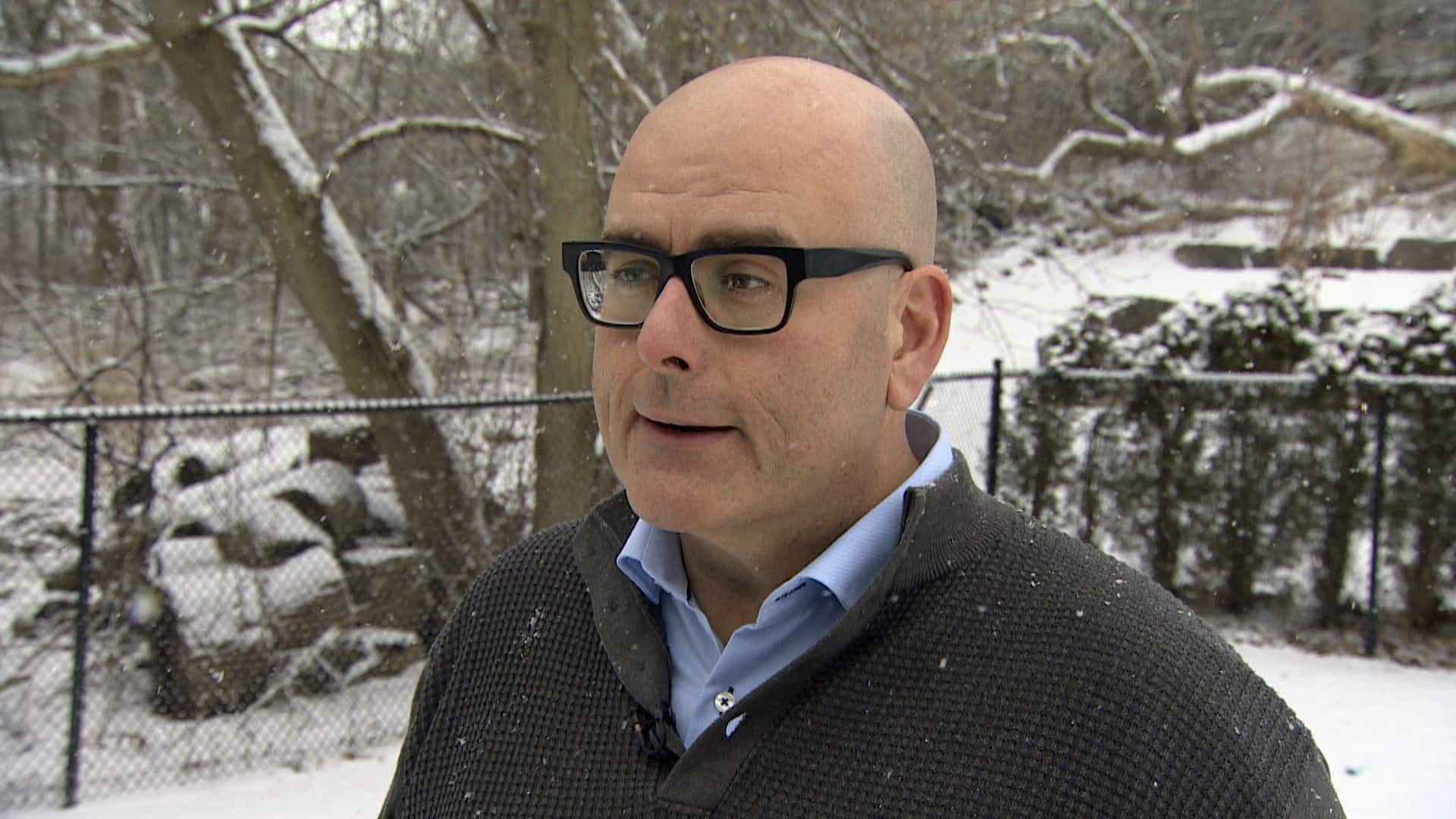 Steven Del Duca explains the situation in his own words

1 year ago
2:43
Del Duca says a miscommunication between himself and a contractor led to the pool being built without the proper permits. 2:43

In April, Del Duca's wife took the first step in getting approval for the pool by applying to the TRCA for a permit.

They needed the TRCA's blessing because provincial regulations require any construction near protected land to be approved first by the conservation authority.

If successful, the couple could then apply for construction permits from the City of Vaughan.

TRCA documents show that almost immediately there were problems.

The city stepped in and told the TRCA that the section of land Del Duca wants had been encroached on for years by the homeowners.

According to TRCA documents, Amaral blamed the previous owners for the encroachment and pitched a land swap to help rectify matters.

"I want to make sure the values are equal or better to the benefit of the conservation authority and the public," Del Duca told CBC News.

The land swap is still under review, but the TRCA agreed to issue the pool permit.

The authority's executive committee approved the permit during a meeting on Sept. 6, 2019, according to a TRCA spokesperson.

A copy of the permit is among 34 pages of documents obtained through a freedom of information request that was reviewed by CBC News.

The documents show the permit was actually issued on July 23, 2019 — weeks before the TRCA meeting.

Sirizzotti said there's nothing unusual about the discrepancy between the date the permit was issued and the executive committee's approval months later.

The move was "consistent with TRCA approved policies and procedures," she said in an emailed statement.

While the TRCA signed off on the pool plans, Del Duca didn't apply for the necessary city permits.

He said they started construction anyway.

According to the TRCA documents, someone complained. But by that time, the pool was about 60 per cent complete. Only then did Del Duca and Amaral apply for city construction permits.

The city denied the couple's permit application in August of last year because the pool was too close to the backyard lot line.

Del Duca concedes they continued with construction and finished the pool anyway.

"We had concerns about trying to stop a project like this around safety. We have young daughters and we wanted to make sure that we were able to put it in a position so that in the off-season like we find ourselves now, that it was secure and safe for them," he said.

The couple still doesn't have the required city permits and may have to fill the pool in if the TRCA doesn't allow the land swap.

"We understand that there's a possibility that could happen. We will work with the city and the conservation authority. And again I want to stress I accept full responsibility," Del Duca said.

This isn't the first time that a high-profile GTA politician has wanted a piece of public land that is under protection by the TRCA.

In 2012, Rob Ford, then the mayor of Toronto, faced intense public criticism after he and his wife applied to purchase TRCA land that was adjacent to their Etobicoke home.

The Fords cited late-night trespassers and the need to build a new fence around their home to protect their children.

TRCA's executive committee denied the Fords' request by a vote of nine to one, stating the need to protect the land for conservation purposes.

The TRCA hasn't yet scheduled a date for a vote on Del Duca's request for public land, saying only that it will happen at a future meeting. In the meantime, land surveys and appraisals will have to be completed.

Del Duca said he's offered to pay for the work.

If successful, Del Duca said he'll work with the city to get the necessary permits.