Two hospital guards involved in an altercation that led to the death of Danielle Stephanie Warriner, a 43-year-old Toronto woman, have been charged with manslaughter and criminal negligence causing death, CBC News has learned.

Two hospital guards involved in an altercation that led to the death of Danielle Stephanie Warriner have been charged with manslaughter and criminal negligence causing death, CBC News has learned.

The development comes just weeks after a coroner's report revealed the Toronto woman — known as Stephanie to her family — had been "sitting calmly" in the lobby at Toronto General Hospital, when guards approached her and "forcefully" restrained her in May.

The report also showed a security camera was "purposely turned away" for more than two minutes as guards continued to restrain the 43-year-old, who never regained consciousness and died 16 days later.

CBC News has also learned from a police source that the guards were not authorized to physically engage with Stephanie without first telling her she was under arrest.

There is no word on any charges related to the camera being turned away during the altercation. Police say their investigation remains ongoing.

"I'm heartbroken, but I feel vindicated. And I pray that justice will be served," Stephanie's sister, Denise Warriner, said through tears. 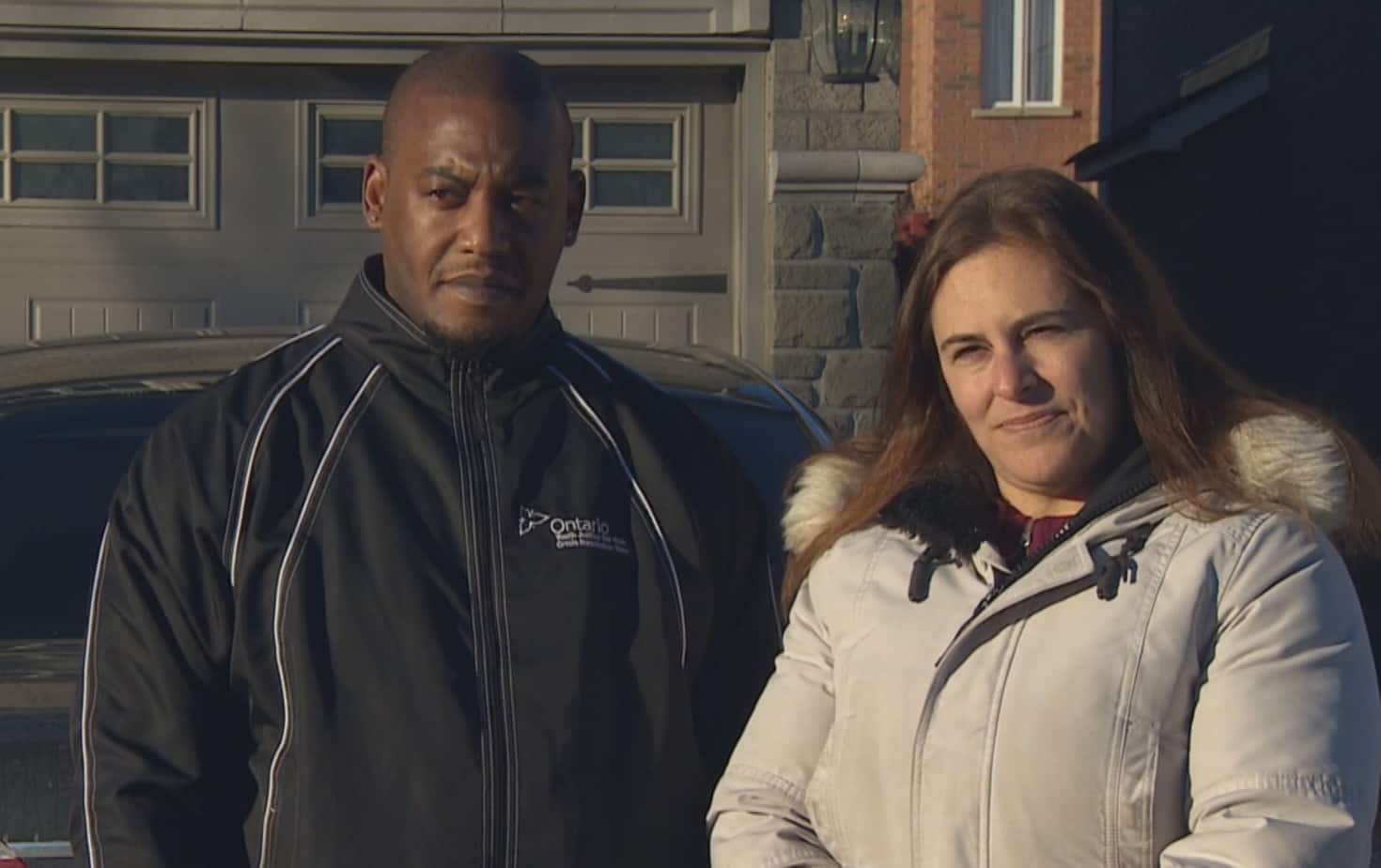 3 months ago
0:41
Danielle Stephanie Warriner's sister, Denise, on the loss left by her sister's death after guards restrained her at Toronto General Hopspital. 0:41

'My sister can have some peace'

"It's a massive step forward. It's an acknowledgement," she said. "It allows me to believe that my sister can have some peace."

Stephanie was the younger of the two sisters — sensitive, spunky and wore her heart on her sleeve, Denise Warriner said. Over the years, she was diagnosed with bipolar disorder, struggled with substance abuse and also suffered from chronic obstructive pulmonary disease (COPD), associated with smoking.

In March, after a break-up, Stephanie was living in a shelter. The next month, she was diagnosed with COVID-19, leading to a series of admissions to Toronto General.

After several negative COVID-19 tests, she returned to the hospital on May 10, with a cough and shortness of breath, appearing confused, according to the coroner's report into her death.

The next day, Stephanie left the emergency department to get something to eat, the report says. She was sitting "calmly" in the lobby at 6:38 a.m., when she was approached by several guards — one of whom confronted her "from up close," resulting in a yelling match, it says.

"This female guard then forcefully lifts her out of the chair into a standing position before walking her a few feet over and forcing her face first with a lot of strength against a wall," says the report, which drew from witness statements, a police summary and a hospital human resources investigation.

Another guard then stepped in and the two ended up on the floor with Stephanie, the report says.

Family not contacted for 11 days

What happened next wasn't captured on camera. A security guard watching the incident "purposely turned away" the camera for a period of approximately two and a half minutes, the report says.

By the time Stephanie appeared back in the camera's sight, she was slumped over in a wheel chair, being pushed into a service elevator.

It took 11 days for the hospital to contact her family. All the while, Stephanie's sister had no idea what had happened, believing she was missing, she said.

The coroner's report into her death concludes Stephanie died of a brain injury resulting from a lack of oxygen "due to restraint asphyxia following struggle and exertion," with her underlying COPD a possible contributor. The combination of pressure to her chest, while lying on her stomach along with exertion during the incident could have led her to stop breathing, it notes.

As first reported by CBC News earlier this year, two hospital staff were let go by University Health Network (UHN) as a result of the incident and two others were subjected to "internal disciplinary action."

What form of discipline was issued, a spokesperson for UHN, of which Toronto General is a part, would not say.

Meanwhile, Warriner hopes her sister's death will be the catalyst for change when it comes to the treatment of those in crisis.

"When someone who can't … necessarily advocate as strongly for themselves for a number of different reasons, accesses help at a hospital, where the whole intention is to preserve life, and to have that life taken away from them, it shatters the framework of trust," she said.

"My hope is that this will effect change so that anyone else who requires extra help or who is marginalized or vulnerable will never be mistreated this way."

With files from Dwight Drummond