When Donna Green couldn't find the mental health help her daughter needed, she founded her own help centre focused on peer-counselling. Teens, she says, know what help they need most.

Downtown centre helps teens and young adults from across the GTA 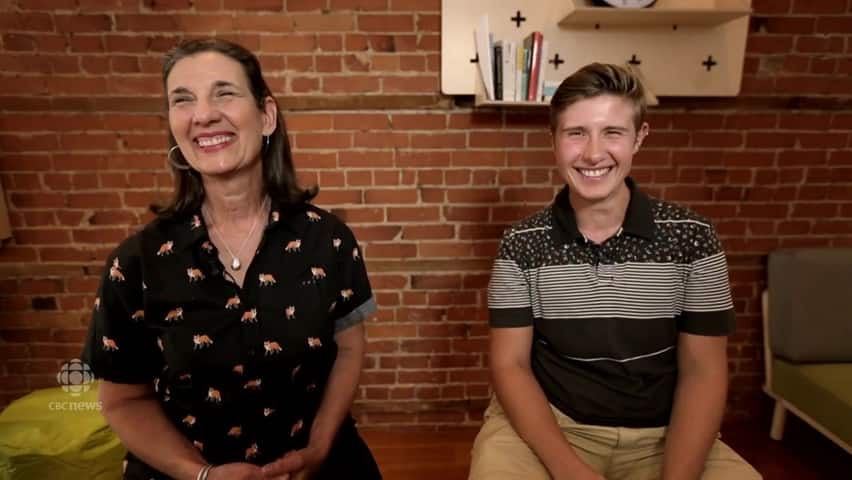 4 years agoVideo
3:28
Donna Green is the founder of Stella's Place, a mental health facility for young adults aged 16-29. Green named it after her daughter Stella who struggled with anxiety and depression. 3:28

Stella Green Sanderson was like any other Grade 10 student — she was into sports, and music — until she hit what felt like a wall.

"I just started to fall apart and I didn't know what was happening or why it was happening and things just became difficult to complete. I was paralyzed." said the now 24-year-old. What she didn't know then was that she was suffering from anxiety and depression.

Sanderson's school took notice of the change and alerted her parents.

Despite hiring Sanderson a private therapist, her mother, Donna Green, said they didn't know the extent of their daughter's issues.

"We could see that her shift of being awake during the day became being awake in the night. We also knew the paralysis that Stella mentioned: not being able to make any decisions, not being able to get out of bed to take a shower, get to school, and we realized we were into some pretty deep mental health issues and didn't know where to turn."

The programs they found in Canada were all emergency based, Green says. They were mostly short-term facilities and because of Sanderson's age, she'd have to access help through an adult facility.

So, Green sent her daughter to the U.S. for treatment for three years.

She says the programs there were focused on psychiatry and drug therapies. What Green believed was missing was peer counselling — someone who'd been through a crisis and could relate to what her daughter was going through.

"We never saw our daughter as a patient. We saw her with issues that needed to be resolved, and how could we help her do that and get back on track with her life?"

When her daughter moved back to Toronto, Green couldn't find a program that would meet her daughter's needs. After talking to parents whose kids were struggling with similar mental health issues, Green decided to start her own centre: Stella's Place.

She says it's the only mental health centre in the city that serves teens and young adults beyond the age of 18.

"We realized if we could create a program for young folks between the ages of 16 and 29, where so much of this stuff happens, wouldn't that be something? To create a community, not a hospital, to work in partnership with young adults to really have a voice in what's best for them..." Green said.

The assessment and treatment centre is located downtown, near Adelaide Street West and Spadina Avenue.

The front doors lead you to a cafe where young people can hang out, surf the internet or speak to a peer support counsellor. But the centre also offers therapies to help young adults cope with mood disorders and tools to train their brains to think differently.

Stella's Place has partnered with the Jewish Community Centre to run fitness programs and George Brown which trains peer support counsellors for the facility.

All of this, Green says, is done in consultation with medical experts and young people who've been through a crisis.

"They actually are the experts. They've walked the walk for this experience. And while we need professional support and evidence based programs, it is the young persons themselves who know best," she says.

In the few months the centre has been open, Green says hundreds of young adults have come through its doors. Most of them them are from Toronto but she says parents are driving in from Hamilton and Durham Region as well.

"Most of the parents I've talked to will do anything to find good support for their kids," she said.

No teen turned away

In the future, the centre plans to launch an app so young adults can interact with a peer support workers online. And Stella's Place — launched with private donations and some provincial funding — will not turn away any young person who needs help.

"We feel strongly it should be available to everybody who comes through the door and we're working those things out in the hopes that we get to say 'yes' to everybody," Green said.

As for Sanderson, she says she's honoured to have her name on the door:

"I think it's pretty cool that I can be part of this awesome organization that turned from a small idea from this stubborn, willful and determined lady over here to this really awesome space that people can come and get the help they need."