The principal and president of St. Michael's College School have both resigned amid allegations of assault and sexual assault between students, according to a statement issued by the private, all-boys' school Thursday afternoon.

The principal and president of St. Michael's College School have both resigned amid allegations of assault and sexual assault between students, according to a statement issued by the private, all-boys' school Thursday afternoon.

Principal Greg Reeves and Father Jefferson Thompson, school president, stepped down to allow the Roman Catholic school to move "forward without distractions and allow it to focus on healing and change after the horrific events," the board of directors of St. Michael's said in the statement.

"Greg Reeves and Fr. Thompson have always put the welfare, education and formation of our students first — and they do so once again today," board chair Michael Forsayeth said.

"This courageous decision allows us to move forward with our goals: understanding how these events could have occurred, regaining the trust of our community and bringing cultural change to our school."

I'm not at all surprised to see it ending this way.- Jean-Paul Bedard, St. Michael's alumnus

Bill Dunphy, who graduated from St. Michael's 50 years ago, told CBC News the decision is a "symbolic action" and shows that the board of the prestigious school "really wants to send a signal that they're looking for decisive action."

Other alumni, who accused the school of having a culture of "toxic masculinity" and called for reform, say the resignations give the school time to address underlying issues in its classrooms.

"I'm not at all surprised to see it ending this way, or at least moving along in this direction," said alumnus Jean-Paul Bedard, a former member of the football team who said he experienced sexual violence during hazing incidents at St. Michael's 35 years ago.

"This definitely doesn't fix the problem, but this allows a potential solution to come through."

Alumnus Adam Boni, who graduated in 1987, echoed this and noted it's an important step in transparency.

"That change allows the school to move on with fresh blood at the helm: new vision and purpose," he said.

Principal criticized for handling of incidents

On Wednesday, the school reaffirmed its support for Reeves and Thompson after some alumni had called for senior administrators to resign and for teachers who knew about the assaults to step down.

Reeves, who has been criticized for not going to police sooner, defended his actions in an interview with CBC's The National host Adrienne Arsenault earlier this week.

He said he held off contacting authorities because the alleged victim hadn't told his family about the incident.

On Tuesday night, Reeves said if presented with the same situation he "would do exactly the same thing." 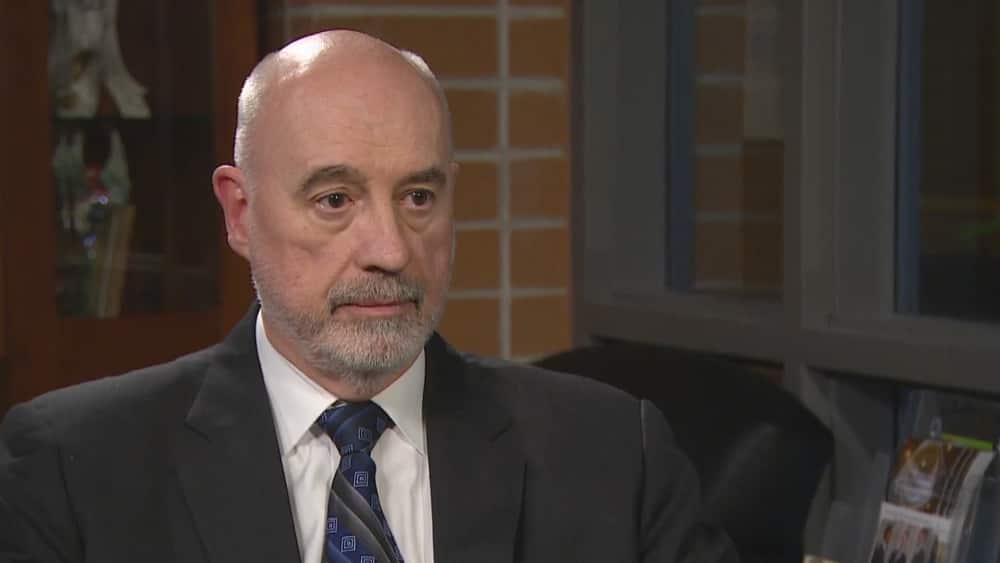 Toronto police told reporters Reeves did not report the alleged sexual assault until officers, who had been contacted by media, showed up at the school on Nov 15.

Insp. Dominic Sinopoli, who heads Toronto police's sex crimes unit, has said the school should have reported the incident immediately.

In Ontario, the Ministry of Education requires public school boards to develop protocols with the police, that include incidents in which school principals have a mandatory obligation to contact police. Suspected sexual assault is among those incidents.

​However, many of the standards that govern public schools do not apply to private schools, including the duty to report suspected sexual assault to police, said John Schuman, a St. Michael's alumnus and Toronto-based lawyer who specializes in children's rights and education law.

Toronto police Chief Mark Saunders wouldn't say whether Reeves will be investigated for not alerting police before he did.

"For me to speculate is unfair," Saunders told reporters Thursday following a meeting of the Toronto Police Services Board.

Andrew Leung, a former science and physics teacher at St. Michael's, was appointed interim president by the school's board of directors. He has served as the pastor and rector of Edmonton parishes, St. Alphonsus and St. Clare, for the past two years.

Police are investigating six cases that involve students of the school, which teaches Grades 7 to 12. Some of the incidents were captured on video and shared online. Police and the school have said two of the six cases involve sexual assault.

St. Michael's also expelled eight students in connection with the allegations. It's unclear if any of the eight are among those who have been charged.

Toronto Mayor John Tory, speaking following a meeting of the Toronto Police Services Board on Thursday, said he hopes the resignations will lead to a new chapter at the prestigious school and that new leadership will address the serious issues the allegations have brought to light.

Tory called what's happening at the school "a real tragedy for everyone concerned."

St. Michael's, which is known for its athletic programs, launched a third-party investigation into the present situation and past incidents. School officials hope a preliminary examination will be done by spring with a more in-depth investigation to wrap up next summer.

With files from CBC's John Rieti