Moazzam Tariq of Brampton, who was filmed plying a woman with alcohol at a club just over a year ago, has been found guilty of sexual assault.

Surveillance video was used to bolster testimony at trial

Moazzam Tariq of Brampton, who was filmed plying a woman with alcohol at a club just over a year ago, has been found guilty of sexual assault.

Tariq, 29, was charged two weeks after his encounter with the woman in the early morning hours of July 18, 2015. The complainant reported to police that she had no memory of consenting to sex during an encounter at the Thompson Hotel after an evening at the Everleigh nightclub .

In handing down the decision in court Friday, Judge Mara Greene said that the complainant, who was 25 years old at the time, "did not have the capacity to consent and therefore did not consent."

"In my view, the only reasonable inference from all the evidence is that K.S. was disoriented, confused, not aware of what was really going on around her and not capable of making voluntary informed decisions," Greene said.

"I am satisfied beyond reasonable doubt that K.S. did not appreciate where she was or what she was doing. In other words, I find that K.S. was completely out of it."

After Greene issued her ruling, the complainant gave a brief statement:

"I am relieved that after today I can start the healing process," she said. "I appreciate all the love and support from my family and friends, as well as the hard work from the Crown's office and the police." 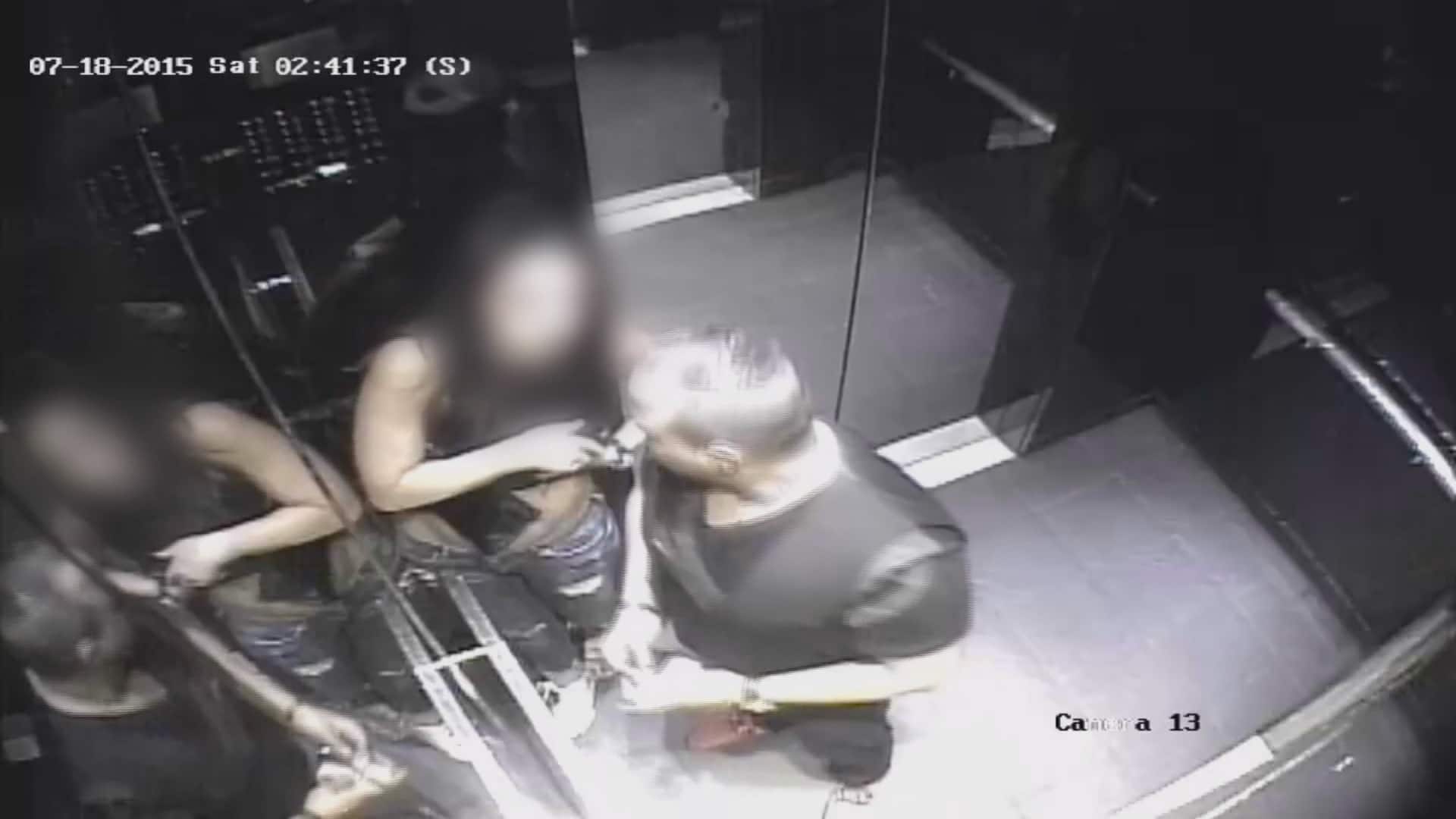 4 years agoVideo
2:47
An Ontario Crown prosecutor used almost half an hour of video surveillance footage to try to corroborate allegations that a Toronto woman was too intoxicated to consent to sex 2:47

At the trial, held in Toronto in August, the complainant testified that she had a vague memory of someone shirtless and on top of her in the hotel room, and that she had said, 'No.'" She was open about not having any memory of the events leading up to the encounter at the hotel.

The Crown also presented video evidence from inside the Everleigh nightclub, as well as from the Thompson Hotel.

Video from inside the club showed Tariq pouring vodka into the woman's mouth three times, slapping her butt and then helping her to her feet. He can be seen supporting her as she stumbles across the dance floor and out of the club at 2:35 a.m.

Minutes later, the video from the hotel shows Tariq and the woman walk in the doors. His arm is wrapped around her waist and she is leaning heavily against him. Footage from inside a hotel elevator shows the complainant slumped against the wall, her eyes half open.

Both the prosecution and defence agreed that the pair went into a room at the hotel. In the morning, when the woman woke up, she "felt violated," Crown prosecutor Jill Witkin told court. The results of a sexual assault exam found semen in the woman's vagina that matched that of the accused, according to evidence submitted by the Crown.

Defence lawyer Danielle Robitaille, who helped represent former CBC broadcaster Jian Ghomeshi during his sexual assault trial, did not disagree that sex happened. However, the question was whether the woman was too intoxicated to consent, which Witkin argued the videotapes showed. Robitaille, however, disputed that.

In her closing arguments at trial, Robitaille said when it comes to consent, Greene had to consider a complainant's ability to make conscious decisions, and not the outward signs of intoxication.

In her judgment, Greene said the complainant was "disoriented, confused and incapable of making voluntary, informed decisions."

'It can be very powerful'

Legal experts noted that the introduction of video evidence, nearly half an hour's worth, to show that a complainant could not legally consent to sex was rare. But they also expect it to happen more, particularly in cases when alcohol or other factors might affect a witness's reliability.

"It can be very powerful and very corroborative evidence, depending on what it shows and what inferences can be drawn," Ottawa criminal lawyer Michael Spratt told CBC News.

Tariq did not testify during the four-day trial in provincial court.

With files from Trevor Dunn