Vaccinating seniors 'is absolutely the right thing to do, and it's frankly long overdue,' geriatrics doctor says.

Vaccinating seniors 'is absolutely the right thing to do, and it's frankly long overdue': geriatrics doctor 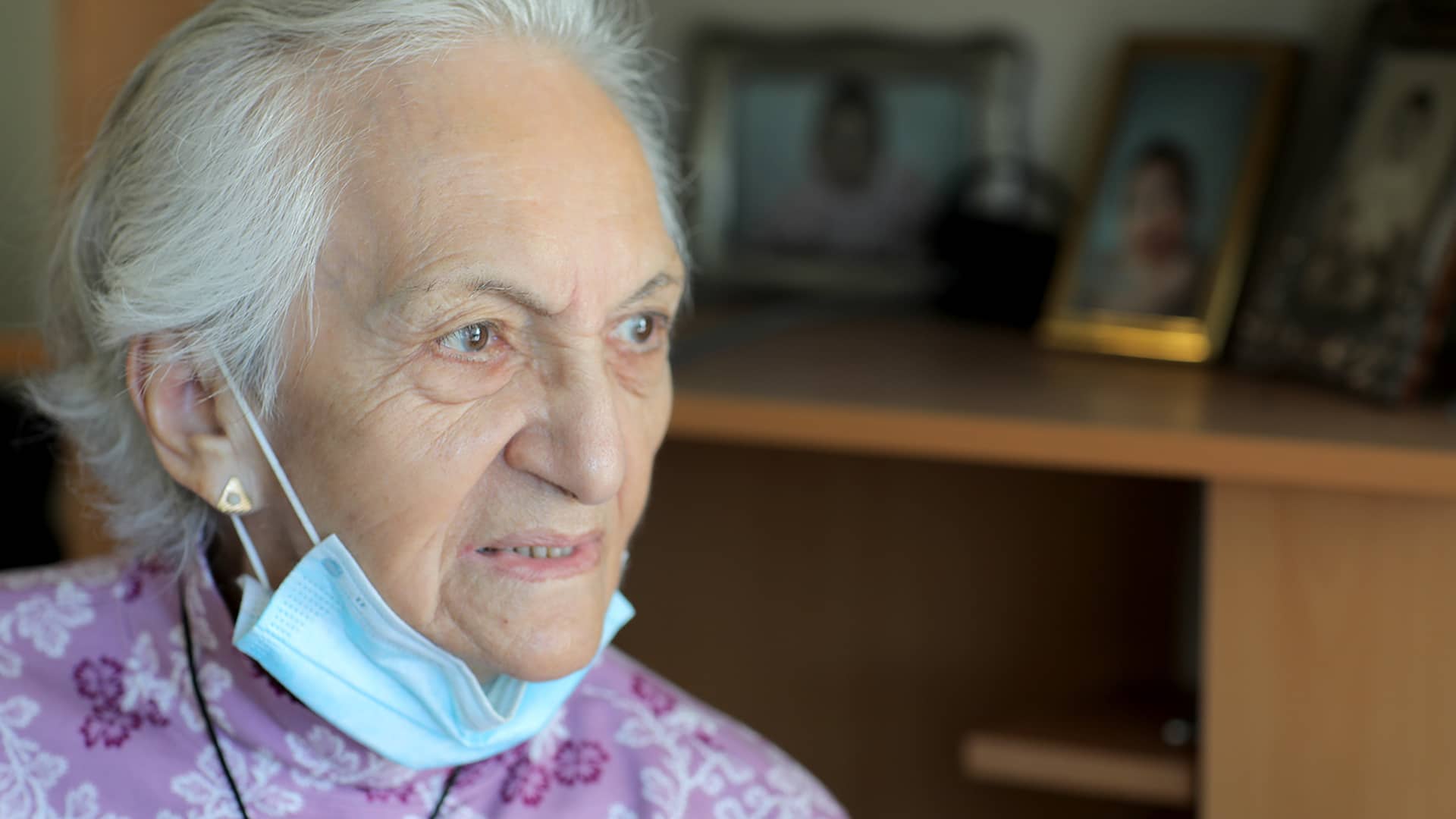 8 days ago
7:32
Seniors who live independently, as well as their families and doctors, say they've been overlooked in the COVID-19 vaccine rollout as they anxiously wait to find out when it will be their turn to get a shot. 7:32

Sam Meister is 98 years old, and he's furious at the Ontario government's COVID-19 vaccination plan that is forcing seniors like him to remain segregated.

Meister still lives in the home he bought with his wife in the 1980s in North York, Ont. She passed away years ago and he now lives with his caregiver, Marizel Evangelista. Neither of them has been able to get a COVID-19 vaccination.

Meister has left the house just once since March, for a dental appointment. Evangelista only leaves sporadically when groceries cannot be delivered, and hasn't been home with her family in nearly a year.

They have effectively been hiding from a virus that would certainly threaten Meister's life if he were to be exposed without a vaccination.

"I feel locked in the house, like if I would be a criminal — I'm locked in a jail."

Phase One of Ontario's inoculation plan included seniors in long-term care homes, but not those living in the general community. If Meister lived in another province he could have been vaccinated by now, but Ontario deemed seniors living in the community to be a lower priority than essential workers — that is, until the province changed course just last week.

Now, Ontario says seniors aged 80 and above will get vaccinated next, before essential workers, but the wait will still be at least a few weeks.

WATCH | Sam Meister describes how the danger of contracting COVID-19 has cut him off from loved ones and the rest of society: 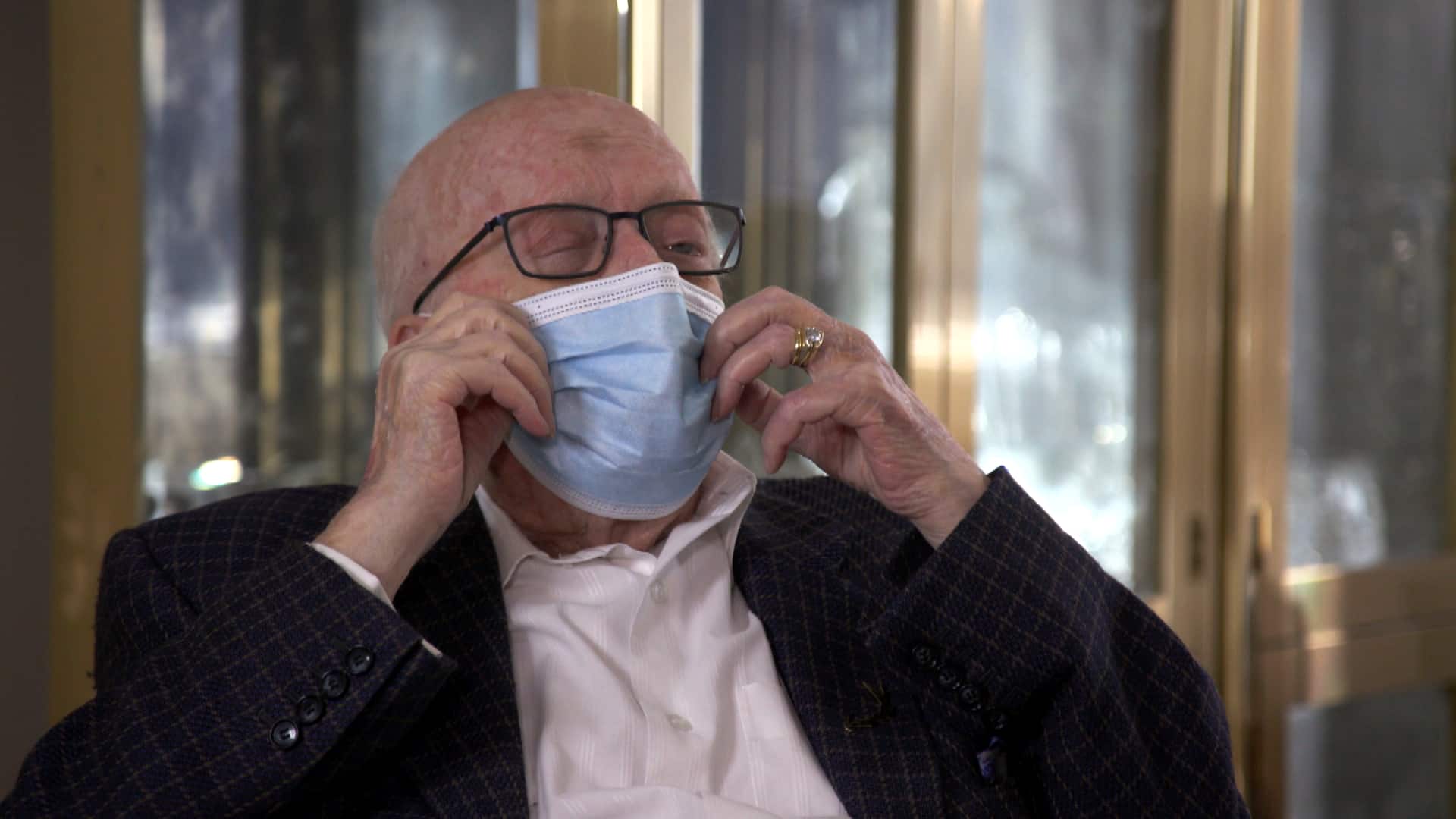 Senior feels COVID-19 has turned his home into a prison

12 days ago
0:20
Sam Meister, 98, says he feels like a prisoner trapped in his North York, Ont., home by the pandemic. He's been unable to go out or see his loved ones as he continues to wait for a COVID-19 vaccination, despite being in a high-risk group. 0:20

For some, that's still too long to delay shots for such a high-risk group.

Meister's doctor, Samir Sinha, is director of geriatrics at Sinai Health System and the University Health Network. He has been advocating for the Ontario government to change course and he's grateful it has, but he adds that seniors living in their homes should have been closer to the front of the line for inoculations from the beginning.

"This is absolutely the right thing to do, and it's frankly long overdue," Dr. Sinha said.

"Age is the greatest risk factor for getting sick and dying from COVID-19, so that needs to be considered when administering vaccines."

It's a situation that hasn't been an issue in other provinces, most of which are following the recommendation of the National Advisory Committee on Immunization. This federal group sets best practices, and says seniors above 70 years of age (not 80, as in Ontario) should be immunized next.

In Quebec, seniors in the community have already started getting vaccinated. In British Columbia, seniors should all have both their shots by the end of April.

Sinha estimates that around 120,000 seniors in Ontario's long term care homes and retirement homes have been vaccinated so far. Under Ontario's current plan, vaccinations of those over 80 in the general community will start in March. Depending on the supply, some estimate it could take until July to inoculate this age group.

Sinha says Ontario should be following the National Advisory Committee's recommendation. He also believes seniors in the community should have been prioritized even before medical professionals like himself, who have a significantly lower chance of dying from the virus.

"My chance of dying from COVID-19 is less than 1 per cent, Sam's is 25 per cent," Sinha said. "So if there was one vaccine, where do you go and have the biggest impact? People like Sam. That's exactly what the science says you should do."

In Ontario, 96 per cent of COVID-19 deaths have been among people above the age of 60, and 93 per cent of the province's seniors live at home. Sinha says if Ontario had decided to prioritize the immunization of all seniors, it could have saved lives.

Despite the long wait for the vaccine, Meister is still one of the lucky ones. His caregiver lives with him, and out of an abundance of caution for his health, she hasn't gone home to her family since the pandemic was declared. She calls them on Zoom every night during dinner, and even celebrated Christmas on Zoom with them, but the toll has been heavy on her.

"I can't hug them, we talk only through the window. It's very hard," Evangelista said.

"If he could get a vaccine, it's good for me also because I can see my family," she added.

Olga Libaque is 90 years old and lives alone in Toronto, but unlike Meister she relies on personal support workers to come to her apartment a few times a week to help with her care. It's not always the same person. They often go from home to home caring for seniors, and many of them are not yet vaccinated.

It's a situation that has Libaque's son very worried.

"We are helpless. We're trying to help her, but without having enough information on the [provincial vaccination] plan, there's not much more we can do to help or tell her," Jaime Libaque said.

Now he knows his mother will get the vaccine, but Libaque says he still has no idea when that will actually be.

Right now, he visits his mother several times a week and acts as her primary family caregiver. He worries about not qualifying to get the vaccine himself yet, and whether he'll pose a risk to his mother once she's vaccinated and he isn't.

"I do think family caregivers should be vaccinated sooner, too, because if something happens to me how can I care for her?" he asked.

It's a worry others have pointed to as well. Married couples in Ontario where one person is over 80 years and one is under also pose a conundrum, as do cases where one senior cares for a much older senior parent.

Rick Hillier, chair of Ontario's COVID-19 vaccine distribution task force, said last week that a website and telephone hotline will be available at the beginning of March where seniors can make appointments to get their vaccine near their homes. There are about 500,000 seniors above 80 years of age living in the community in Ontario, and the province hopes to vaccinate at least 100,000 in March.

The province has said logistics for how these seniors will be vaccinated are still being worked out, but that some seniors could expect to hear from their primary care physicians at the beginning of March.

Sinha is worried because part of the plan will involve communicating via the internet. "Many seniors aren't internet-savvy, or don't have computers or English as a first language, and many are homebound. So what will the plan be to ensure they aren't left behind?"

Sinha points out that in the case of the annual flu vaccination campaigns, the province relies on paramedics to reach seniors who can't leave their homes. He hopes similar strategies will be considered for COVID-19 shots.

Libaque worries about the impact all this uncertainty could have on his mother, even if the wait to get vaccinated is just a few weeks more.

"With the worry, there are things that could come with that — depression and mental health — and we have to be much more aware and available to her," he said.

WATCH | Jaime Libaque describes the toll that the uncertainty around Ontario's vaccination rollout is having on his mother and the family: 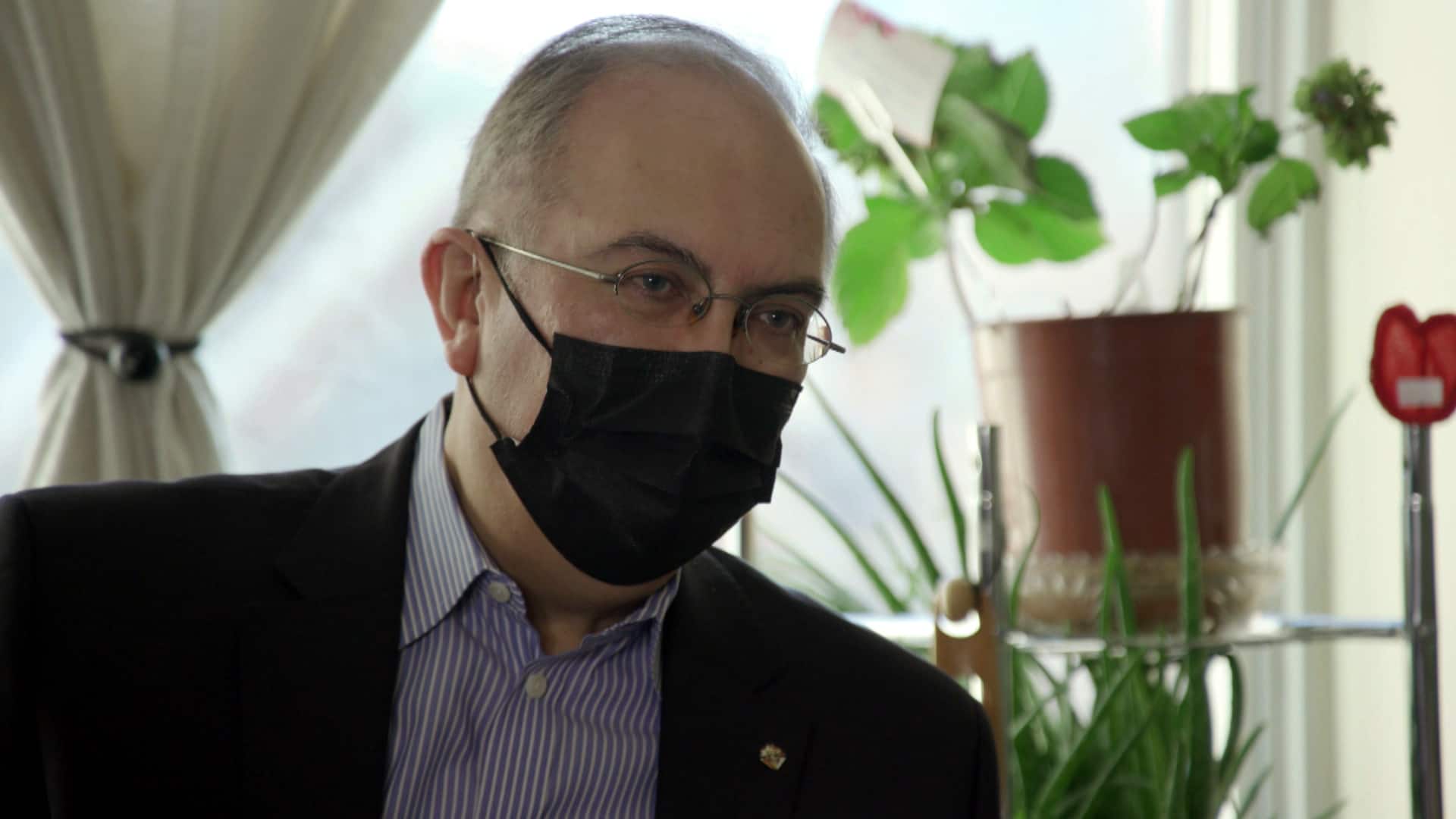 Waiting for vaccination can be stressful for seniors

12 days ago
0:36
Jaime Libaque of Toronto is not just concerned about the physical health of his 90-year-old mother, Olga, during the pandemic. He says the stress of waiting to get vaccinated against COVID-19 is taking a toll on her mental health. 0:36

For her part, Olga tries to stay as busy as possible. She watches the news a lot, but she also tries to distract herself from the waiting by exercising, phoning her children and grandchildren every day, and by praying.

Still, the anxiety does seep through despite her best efforts.

"I am scared. I can't see my children and my grandchildren that usually I saw every week, but right now not," she said. "I feel bad, sad — maybe that is the reason that sometimes I can't sleep."

As for Sam Meister, he says he can't wait to get the vaccine. He, too, is anxious to put the past year behind him and start seeing his family again.

When asked what he is missing the most, Meister repied, "Everything — the family, even the air, like a free man. Like this, I feel like a closed-in person."

Watch full episodes of The National on CBC Gem, the CBC's streaming service.