Two elderly people, a man and a woman, remain in critical condition on Tuesday evening after a two-alarm fire broke out at a home in the Birchmount Road and Lawrence Avenue East area. 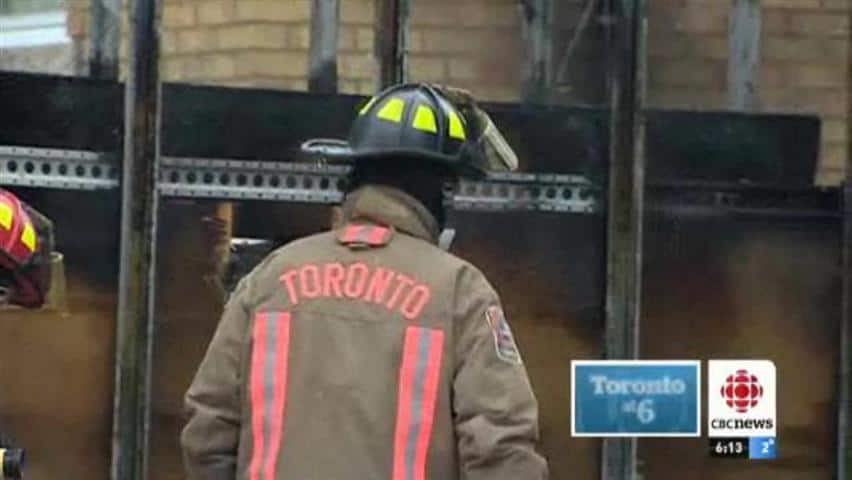 8 years agoVideo
3:09
5 family members were taken to hospital after an overnight house fire. 3:09

Two elderly people, a man and a woman, remain in critical condition after a two-alarm fire broke out at a home in the Birchmount Road and Lawrence Avenue East area.

Fire crews arrived just after 1 a.m. Tuesday morning, to find the house on Canlish Road fully engulfed in flames. The firefighters managed to pull three people out during a frantic rescue.

Six were inside when the fire broke out, five of whom were taken to hospital.

A 35-year-old pregnant woman and her 22-month-old child were released from hospital later in the day.

A family friend, Krishnapillai Velupillai, told CBC News that another family member is away at university right now. Otherwise she may have been caught in the fire, too.

"She is the only person who has escaped," Velupillai said.

Firefighters believe the blaze may have started in a cube van parked in the driveway. The house sustained heavy damage while the van was completely gutted by flames.

An adjacent house also sustained fire damage. But no one was injured in that home.

"The north side of this bungalow ... has been totally charred by flames," reported the CBC’s Trevor Dunn on Tuesday. "There's pieces of burnt siding scattered across the lawn."

Fire investigators remained at the scene throughout the day.

With files from CBC's Trevor Dunn and Aarti Pole