Savino Quatela is an online sensation after a Facebook video of him competing at the NASKA Diamond Nationals karate tournament picked up millions of views in mere days.

Video of Savino Quatela from Woodbridge goes viral in days

The eight-year-old is an online sensation after a video of him competing at the North American Sport Karate Association's Diamond Nationals World Karate Championships was posted to Facebook and picked up millions of views in mere days. 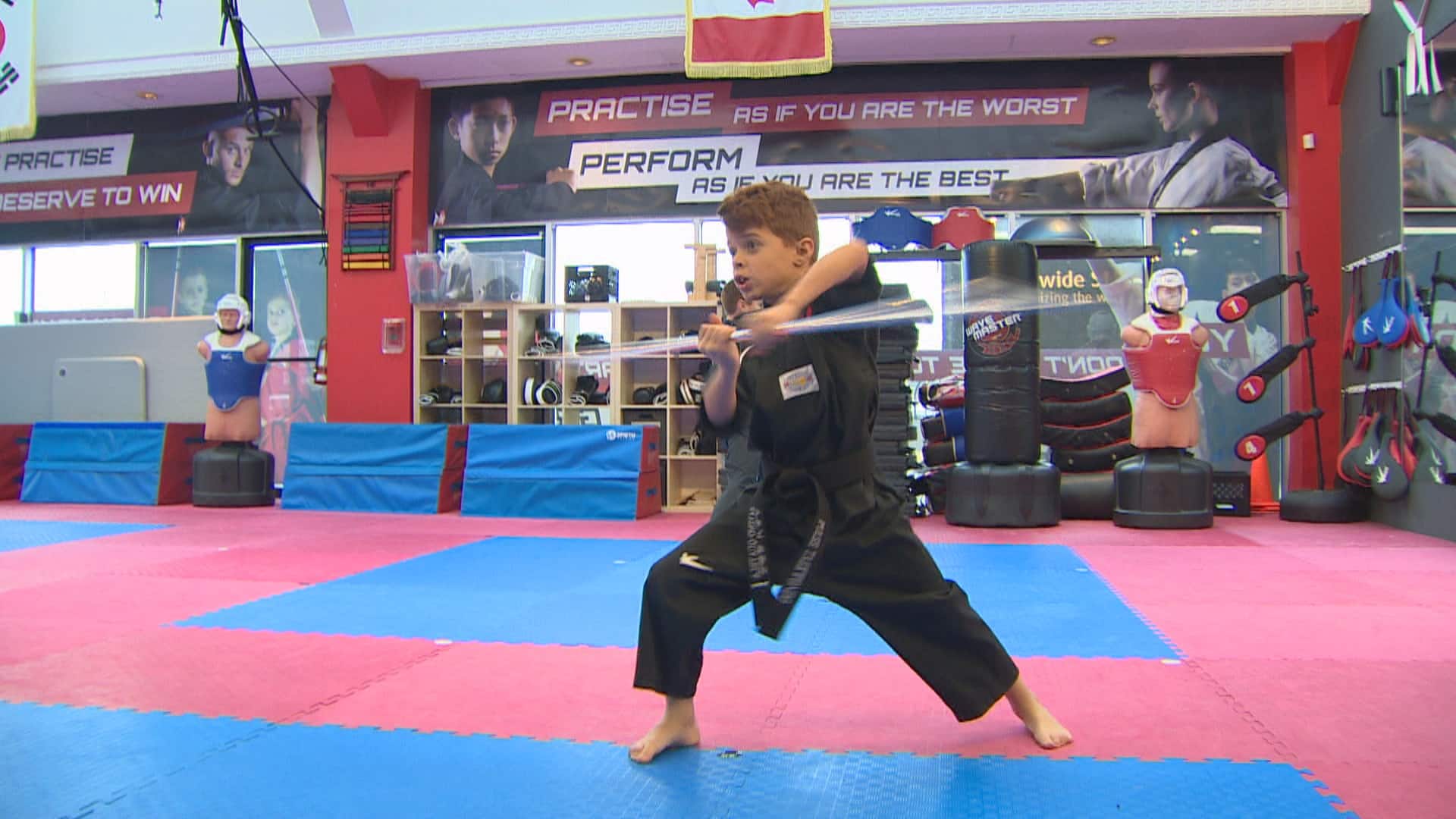 3 years agoVideo
0:27
Savino Quatela became an online sensation after a video of him competing at the NAKSA Diamond Nationals karate tournament picked up more than 13 million views in five days. 0:27

Savino can be seen kicking, backflipping and spinning his favourite weapon, the bo staff.

He started practising taekwondo when was three, and started mixed martial arts at the age of five.

He has won two world NASKA titles in creative forms and extreme forms. He already has his black belt and is working on his second degree.

"I train every day around two hours or more sometimes," he said. "And I love doing it."

Savino's first teacher, Master Emerson Wong of Pulse Martial Arts Academy in Woodbridge, says he has a unique ability to pick up complicated techniques with ease.

"He has amazing body awareness … his learning curve is so fast that something that would take someone months or years to learn, takes him a week," Wong said. "It's incredible what he's done in a short period of time."

But his favourite training partner is still his older brother, 10-year-old Matteo —  who earned a 2017 world NASKA title in extreme weapons.

The brothers have converted the basement of their family's home into their own dojo and spend hours practising on their own.

"They wouldn't call it practice, they'd call it playtime because they enjoy doing it," said the boys' father Joe Quatela.

He says their interest in the sport started with a family trip to pick up a pizza, when they spotted a martial arts school next door.

"I asked them if they were interested. We walked in and they fell in love with it."

Quatela says his sons' passion for martial arts echoes his own.

"I have two brothers and we were always crazy about martial arts and action films," he said.

He says the work ethic and discipline the boys have learned through martial arts has helped them succeed in school and he's willing to put in the time and money shuttling them to practice and competitions.

"I look at it as investing in them and helping them become strong, independent men."