As concern grows over the recent outbreak of a newly-discovered strain of coronavirus, with two cases now identified in Toronto, one former paramedic says his experience during the SARS outbreak offers lessons for protecting Canadian frontline workers from a new but familiar threat.

Bruce England says those intense symptoms began one night in 2003 after he'd wrapped up a shift as a Toronto paramedic.

"I couldn't get out of bed, I couldn't lift my head. I couldn't go to the washroom," he recalled. "I just didn't have the strength. It was like being hit by a two-by-four and not being able to move."

England called his team to report his sudden illness. Soon after, he says two fellow paramedics arrived at his home in full protective suits to take him to a hospital — where he was whisked right into an isolation room.

His eventual diagnosis? SARS, or severe acute respiratory syndrome, the condition caused by a coronavirus that spread through much of the world in the early 2000s, killing hundreds of people and afflicting thousands more.

As concern grows over the recent outbreak of another newly discovered strain of coronavirus, with two cases now identified in Toronto — one officially confirmed, and one presumed due to the results of an early lab test — England says his experience offers lessons for protecting Canadian front-line workers from a new but familiar threat.

Transparency, communication, and access to personal protective equipment are all key to ensuring the safety of paramedics and hospital staff, he said, echoing the recent comments of Canadian health officials who have stressed that protections are indeed in place.

"To me, there's no question, we're going to have more patients," England warned. "And I worry about the health-care workers. They are putting themselves in harm's way."

Hear from Bruce England, a retired Toronto paramedic who contracted SARS in 2003: 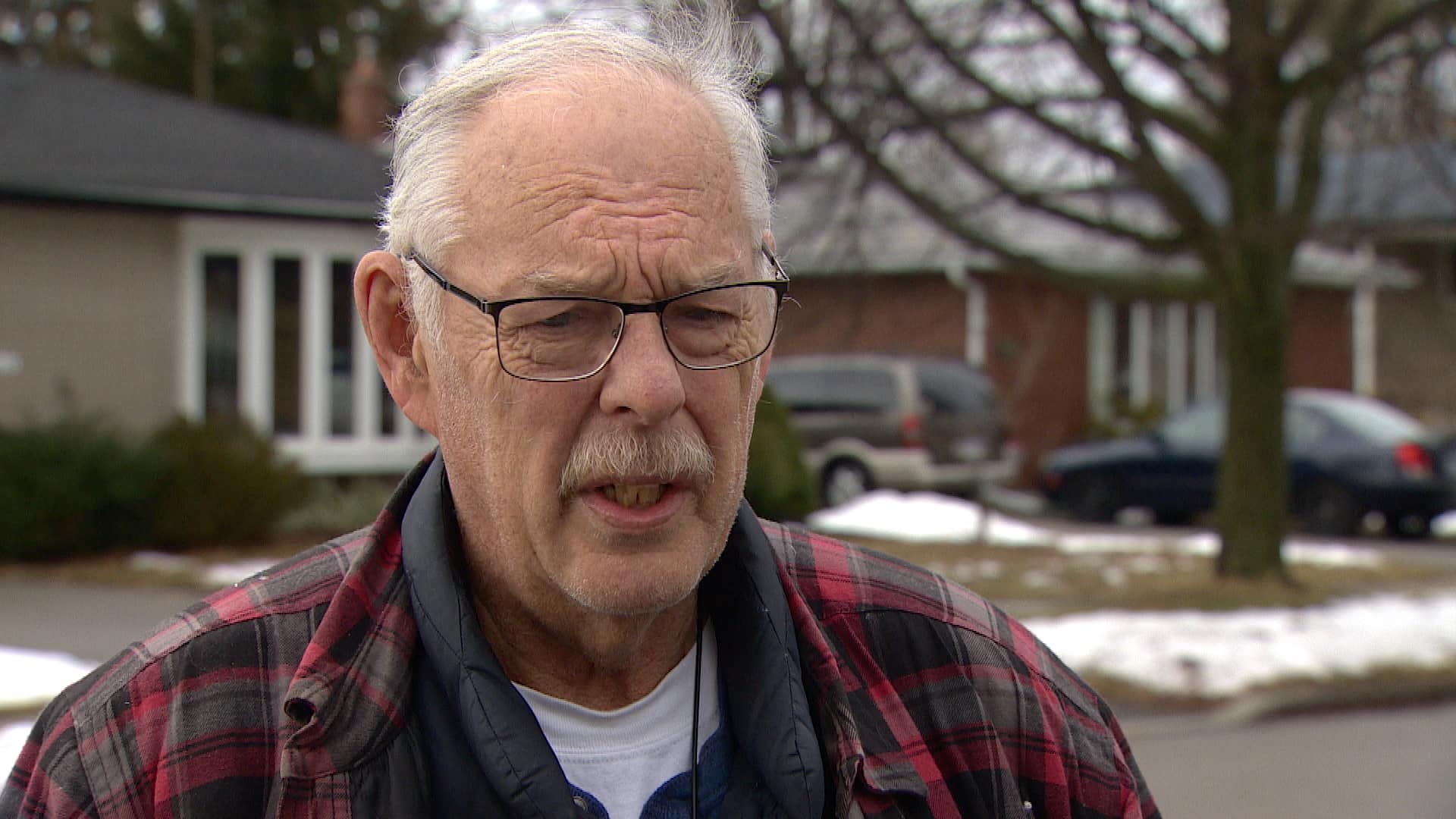 Hear from a retired paramedic who contracted SARS in 2003

1 year ago
3:13
Retired paramedic Bruce England says it was like 'being hit by a two-by-four' when he contracted SARS during the 2003 outbreak. 3:13

Rising concern over the impact of a coronavirus in Canada follows news on Saturday of the country's first presumptive case.

That since-confirmed case involves a man in his 50s who recently travelled back to Toronto from Wuhan, China — the city thought to be the origin point for the new virus — who is currently in stable condition at Sunnybrook Hospital.

Another 19 people in the province are also under investigation for possible infection, said Dr. David Williams, Ontario's chief medical officer, on Monday.

While Canada grapples with a number of infected patients that could potentially rise, Chinese health commission officials said the number of deaths from the virus in Hubei province — where Wuhan is located — has climbed to 76, with four deaths elsewhere in the country, including one in Beijing, and several thousand others infected. 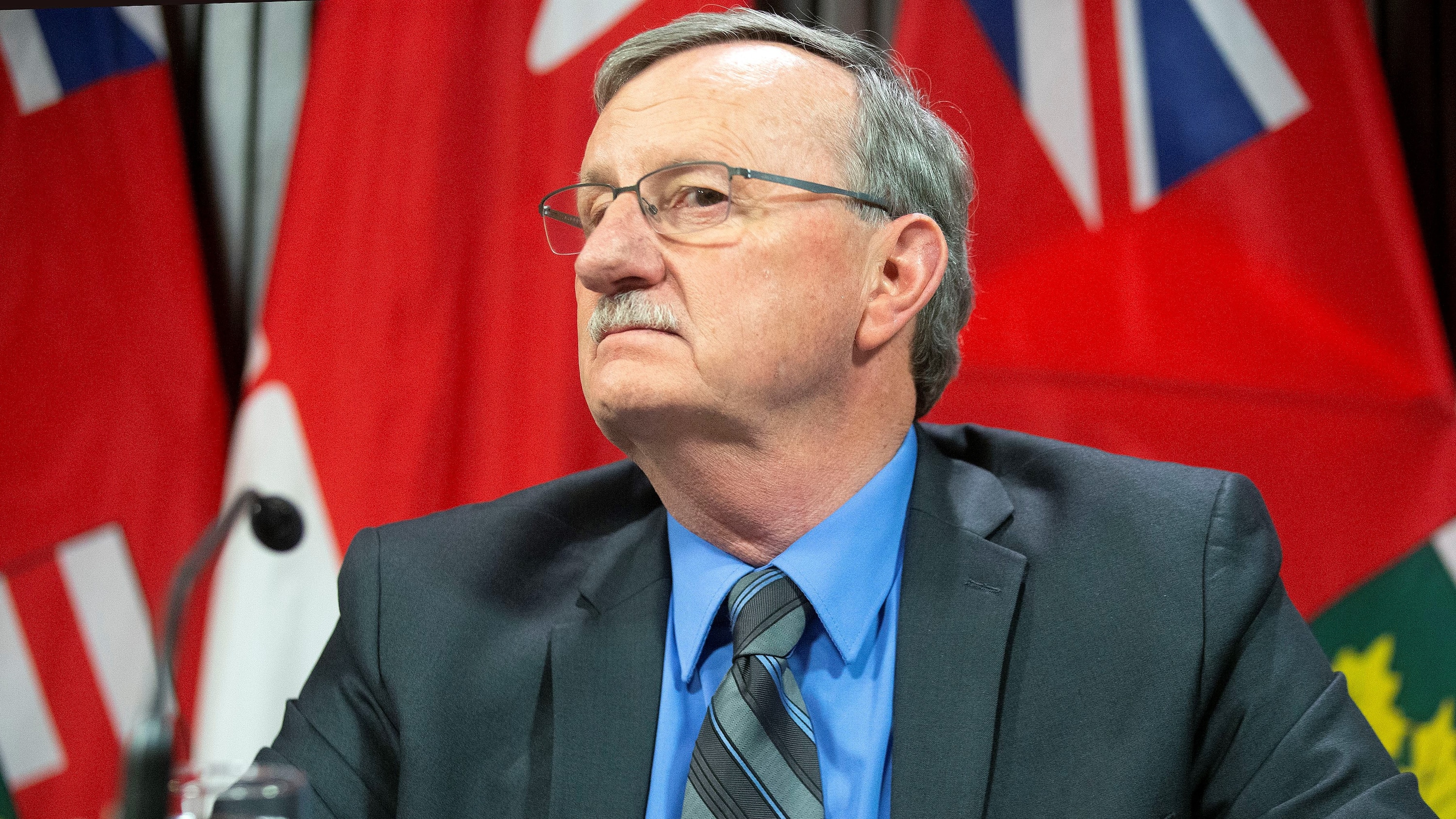 During the SARS outbreak, which also originated in China, England said there was a lack of details flowing from both Chinese officials and medical professionals in Canada.

"I think back then what we didn't have was transparency," he said. "We weren't sharing information quickly."

England stressed the need for ongoing communication between medical professionals and the public, along with ensuring there are adequate supplies of personal protective equipment for personnel who may transporting or treating patients with the new coronavirus.

"Canada's experience with SARS illustrates the importance of identifying and isolating every infected individual in stemming the spread of the disease," reads a 2004 report on the lessons learned from the National Academy of Sciences.

"Because the spread of SARS in Toronto was largely restricted to the hospital setting, these precautions were effective in controlling the outbreak," the report notes.

In recent days, health officials have stressed efforts are being made to ensure there isn't a repeat of a SARS-level outbreak in Canada, which chiefly affected health care workers and patients.

For one thing, the province has implemented "enhanced screening measures" at all emergency medical services' communication centres to identify potential cases of the coronavirus before dispatching paramedics, said Dr. Barbara Yaffe, associate chief medical officer of health in Ontario, during a Monday news conference.

Travis Kann, a spokesperson for Ontario's Ministry of Health, also told CBC Toronto on Tuesday in an emailed statement that hospitals have been directed to use screening measures for all patients with symptoms of the coronavirus who have travelled to Wuhan within 14 days before symptom onset, coupled with subsequent testing for any patient who meets those criteria.

Guidance around the use of personal protective equipment has also been provided to the province's health system, Kann continued.

Speaking to reporters on Monday, Toronto Mayor John Tory strived to quell fears over the virus, saying front-line workers in the city are "well-protected."

There are now "detailed protocols" in place at both the paramedic and hospital levels, thanks to sweeping changes made in the aftermath of SARS, he added.

During the emergency call from the man who has since been confirmed as infected with the new coronavirus, for instance, paramedics did use "full personal protective equipment," according to Dr. Rita Shahin, Toronto's associate medical officer of health.

Looking back on his time during the SARS outbreak, England wishes a similar procedure had been in place then.

Protective equipment procedures weren't typically in place during those early days, he noted, and he believes he caught his illness from a patient in a hospital about two weeks before his symptoms showed up.

Now 68 and retired, he said getting hit with the illness in his early '50s took a toll on his health.

England spent two weeks recovering in hospital and another month at home, but still felt unwell after he returned to work, and eventually shifted out of his front-line duties to work in Toronto's office of emergency management.

Close to two decades later, England said he still has trouble breathing and experiences numbness in his hands and feet — lingering reminders of his brush with a deadly illness.

"Communicate with the public and look after the health care workers," he said. "Remember, they're the front-line staff — if they get sick, look after them."