Sandro Lisi: Who is Rob Ford's friend and driver? 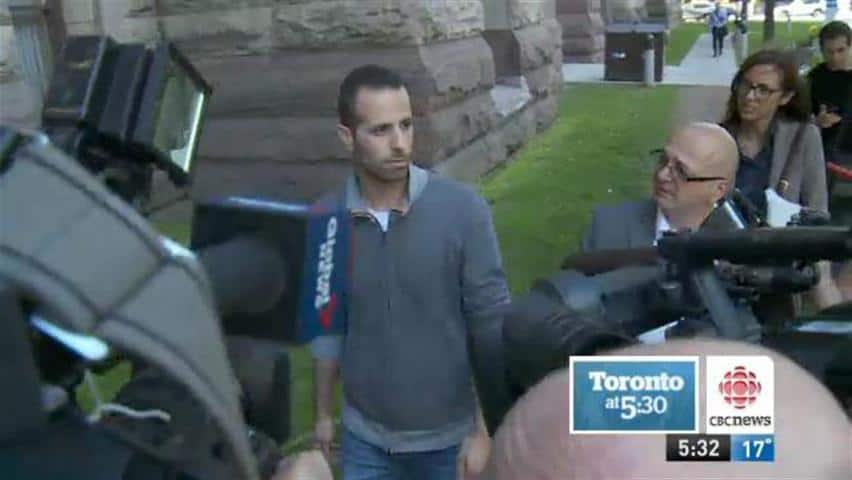 Who is Sandro Lisi?

Lisi, who is also known by the name Sandro, is described by Ford as a personal friend and occasional driver, but the relationship between the two men was a concern for some of the mayor's staffers. According to the police documents, one former employee, Nico Fidani, expressed concern that Lisi would drive Ford around to "hot spots" and "facilitate getting drugs for the mayor."

The documents allege that Fidani believed Lisi was addicted to drugs.

How long Lisi and Ford have known each other is not clear, but Lisi is related to someone who went to high school with Ford's brother Coun. Doug Ford.

Lisi also has a criminal record including convictions for threatening death, assault and criminal harassment. He's been charged — but never convicted — of offences ranging from mischief to harassment to marijuana possession.

Lisi has been a loyal confidant of the mayor who, according to one Ford staffer, mostly talks about his affection for the mayor and how the Fords get a bad rap.

Asked this month to characterize his friend, Ford was unequivocal.

According to the police surveillance documents, Ford and Lisi held frequent meetings and would exchange items. The police documents show numerous phone calls made between Lisi and Ford on the day that reports surfaced about a video showing the mayor smoking crack cocaine.

Lisi is now charged with extortion, accused of threatening people connected to that video.

With files from the CBC's Steven D'Souza