Cyclists across the GTA are mourning Roman Manko, a Bowmanville resident and prominent member of the Durham Cycling Club who died Sunday after he was struck by a car while on a group ride on a rural road in Clarington, Ont. 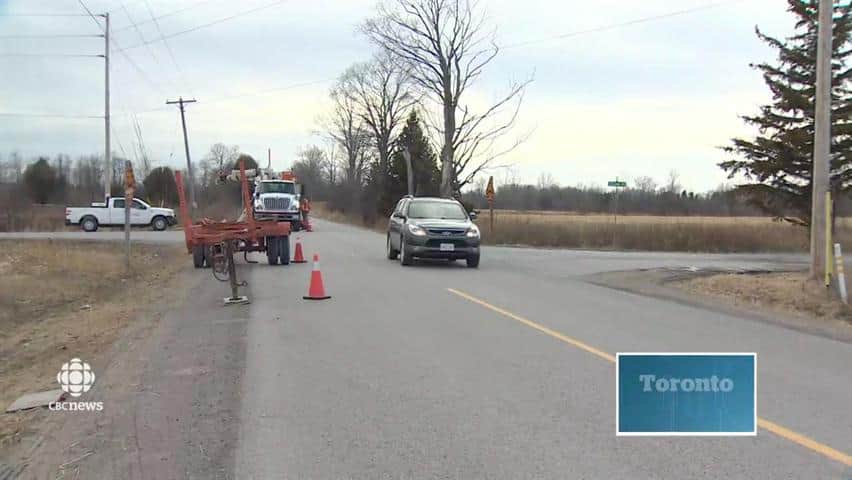 6 years agoVideo
2:30
Across the GTA cyclists are mourning the death of Roman Manko. 2:30

Cyclists across the GTA are mourning Roman Manko,a prominent member of the Durham Cycling Club who died Sunday after he was struck by a car while on a group ride on a rural road in Clarington, Ont.

​Manko, 60, died after a collision Durham Regional Police say happened just before 11 a.m. at the intersection of Bloor Street and Solina Road.

According to a police news release, a group of eight cyclists had been heading west along Bloor Street and intended to turn left onto Solina Road.

A westbound Pontiac Vibe attempted to pass the group in the adjacent eastbound lane. As that was happening, police say that one of the cyclists "suddenly turned" into the path of the Pontiac.

The 21-year-old driver was questioned but has not been charged. Police are continuing to investigate.

Manko, who was from Bowmanville, was an experienced cyclist who sat on the executive of the Durham Cycling Club.

The club issued a statement Sunday expressing sympathy for Manko's family. "He will be sorely missed by our fraternity."

Melissa Claxton-Oldfield is president of the nearby Oshawa Cycling Club. She heard of Marko's death while on her way home from a cycling trip and came to the scene where she spoke to CBC News.

"Word about this got out within minutes of this tragedy," she told reporter Neil Herland. "I'm very distraught, it makes me feel scared to be on the roads, that this could happen to any one of use."