Follow our live coverage of reaction to the death of former Toronto mayor Rob Ford.

At 46, controversial ex-mayor and councillor loses his battle with cancer 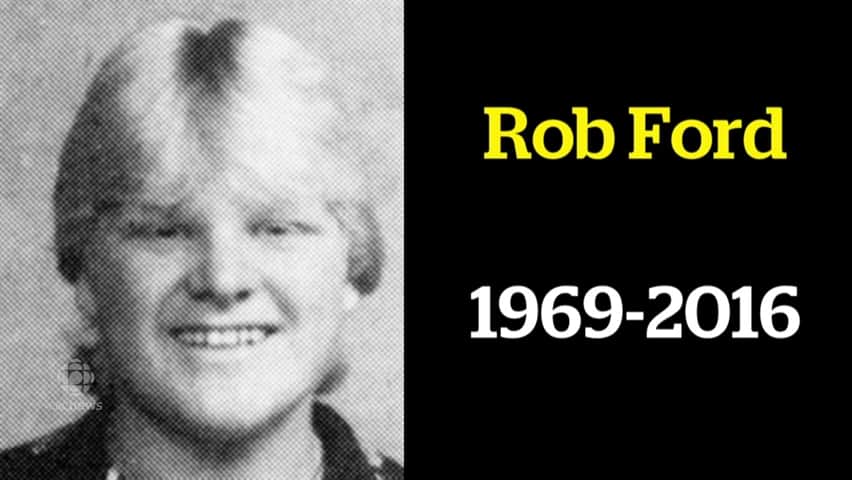 5 years ago
0:34
Torontonians are sharing their memories of Rob Ford by writing messages on a chalkboard in Nathan Phillips Square. 0:34

Former Toronto Mayor Rob Ford has died after a two-year battle with cancer.

Soon after Ford's family released the news, people across the city and the country started sharing their condolences for his family, and memories of the controversial mayor, online.

Follow our live coverage of reaction to Ford's death below.