Rob Ford: A mess of contradictions whose fans were quick to forgive

Despite his erratic, outlandish behaviour as Toronto's mayor, Rob Ford never fully eroded his appeal among supporters. The view from the trenches at city hall.

I can think of only a few occasions when Rob Ford's tie was properly knotted. Mostly it was the opposite, like the time about two years into his mayoralty when Ford attended a playground opening beneath the Gardiner Expressway. His tie loose.

During the ceremony his eyes wandered, his disinterest plain as, one by one, dignitaries came to the podium.

Afterward, without notice, Ford tore off his suit jacket and bounded on to a climber full of children, much to the shock and delight of both the adults and the kids.

It was an unscripted moment, the kind that was at the root of his popularity. The ability to appear real, to do things people didn't expect from politicians. That is the part of Ford that people always seemed to embrace.

There's no denying that Ford, who died Tuesday, at the age of 46, after fighting a rare form of cancer, truly was a political rock star during his first months in office. I have never seen such intense interest in a Canadian politician.

Everywhere Ford went, he was always surrounded by a gaggle of well-wishers and curiosity-seekers. And while this waned in later years, it never fully went away.

Played the everyman despite comfortable upbringing

Ford had an uncanny ability to relate to people even though he rarely seemed to have much to say to anyone in public beyond the odd "buddy" or sports reference.

Whether he was surrounded by children at the Royal Winter Fair or meeting with a room full of bankers, his approach was always the same. I can think of few occasions where I saw him truly engaged with anyone.

The fact of his own comfortable upbringing never seemed to matter much either or alter his ability to portray himself as the quintessential everyman. It was a narrative that was almost never challenged by the public.

Even at his mayoral low point, Ford was rarely heckled in public. The Canadian way, I guess.

As a city hall reporter, it was clear early on that this was going to be a different kind of assignment under Rob Ford.

Even when he was "on the job" in 2010,  Ford was almost never on time. When he did show up, he either didn't want to talk to reporters or wasn't properly briefed on the issue of the day.

Take the proposal to bring a Las Vegas-style casino to downtown Toronto. Despite professing himself a champion of the idea, Ford put little effort into the fight.

I remember desperately trying to get his side of the story, but his staff wouldn't allow it. Instead, they did all they could to keep him from the media as the anti-casino side defined the issue. They knew he wasn't well versed enough on the issue to make a strong case.

Another difficulty with covering Rob Ford was that, from the beginning, his public appearances were so sporadic reporters often had to ask questions about events that happened more than a week earlier.

It was a sign of things to come. It soon became clear that no two days were ever going to be the same. This was going to be a running-shoe beat.

Every day was usually dominated by a single question: Where is Rob Ford? Beyond a couple of days a month, the mayor's schedule is technically open, usually filled with events and policy announcements. Not Ford. There was no public schedule ever.

For a reporter, when there is intense news interest in the person you're assigned to cover, the fact that you often didn't know where he was left many of us in an almost constant state of panic. The pursuit became all consuming.

Every day, often before having a coffee, I would reach out to Ford's press secretary of the day and whoever else I had good relations with in his office.

The question was always: Where is the mayor?  It became clear over time they didn't know or didn't want to know.

The stock answer for Ford's absence was "he's working in the constituency," which made little sense. He wasn't a councillor. The entire city was his constituency.

To compound all this, Ford had a habit of popping up at places unannounced, causing a fire-drill like evacuation of the press gallery.

Toward the end, especially, his irrational behaviour dominated most of his scheduled public appearances. I can't recall him ever being on time.

His staff would often be huddled, frantically looking at their watches and cellphones in a general state of panic. Would the mayor show up? Would he be prepared?

By the end, Ford was still a rock star. Except by then, he was one propped up and protected in hopes of just getting him on stage.

Underneath, though, you could still see the same man. Somebody uncomfortable in his own skin. Somebody more at ease avoiding eye contact and choosing instead to look at his feet. Somebody who, it turned out, allowed addictions and poor choices to stain the office of mayor in this city.

And despite all of this -— despite the crack admission, the racist remarks,  the... you name it, the stuff that would have knocked a traditional politician out of the game — Ford remained politically viable to the end. Consider that his less popular brother, Doug, almost claimed a second term for the Ford family.

Why was that? That is the most frustrating question I contemplated while covering Ford. Why did the public choose to always forgive this man, always creating an avenue for a comeback? 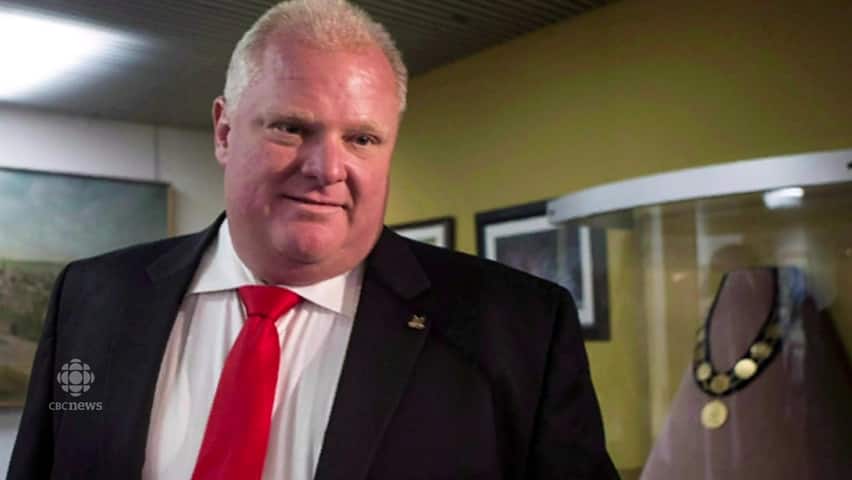 People love an underdog. And Ford, the anti-politician, the guy that many thought was too stupid to be mayor, was able to fill that role.

His misdeeds only seemed to reinforce his vulnerability. On many occasions, I was admonished for picking on or ganging up on Ford. It was, in the end, only the most extreme and lewd behaviour the public wouldn't tolerate.

Even after he admitted to lying about it all, his comeback was embraced. I remember a number of councillors declaring the Ford era over. But he returned and never missed a beat. If he hadn't fallen ill, who knows what might have happened.

His legacy? At city hall, he has changed the way money is spent. That can't be denied.

He also, through his misdeeds, awakened a new awareness of city hall and the important role it plays in the lives and fortunes of this city. I know. I watched it all from up close. It wasn't all bad.