What governments could do to cool GTA real estate market

All three levels of government meet Tuesday in Toronto to figure out ways to cool the red-hot housing market in the region, where average home prices have shot up 33 per cent in a year.

All three levels of government meet Tuesday in Toronto to figure out ways to cool the red-hot real estate market in the region, where average home prices have shot up 33 per cent in a year.

The politicians are reacting to growing political pressure to make home ownership less of a pipe dream for young people in the GTA, where the average home now costs more than 12 times the average household's gross annual income.

They're considering a range of tactics they hope will bring supply and demand back into better balance, without hurting existing homeowners or bursting what some economists fear is a housing bubble.

All signs indicate that various levels of government will bring in multiple measures.

"There isn't any one single thing a government can do to change a market dynamic," Premier Kathleen Wynne told reporters last week, promising a package of reforms, potentially before the April 27 provincial budget.

Here's some of what's being considered:

There's a growing sense home prices are being driven higher not by people who want to own a home to live in themselves, but by those buying property as a profit-making venture. 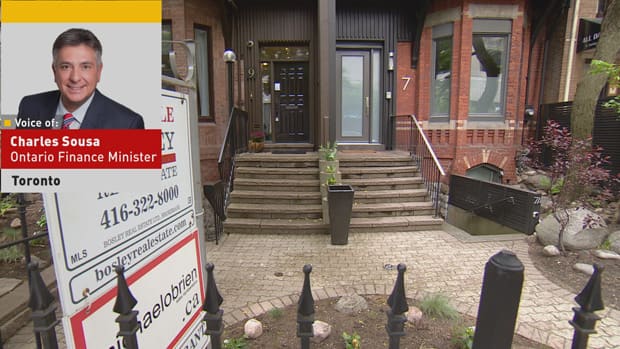 In a speech Thursday, Sousa pointed the finger at people with "deep pockets ... crowding out families who are trying to put down roots." You can be certain that the province will push to impose tax changes that make speculating in residential real estate less profitable, levelling the playing field somewhat for first-time homebuyers.

Here are some measures that could be taken:

Morneau's meeting with Sousa and Tory is scheduled for Tuesday afternoon. It's not clear whether there will be any moves announced immediately afterward.