Raptors superfan Nav Bhatia has been honoured by the Basketball Hall of Fame, ahead of the league's all-star festivities.

Businessman who immigrated from India has attended almost every home game

Raptors superfan Nav Bhatia has been honoured by the Basketball Hall of Fame, ahead of National Basketball Association's all-star festivities.

Bhatia, a Toronto-area businessman and philanthropist who immigrated to Canada from India in 1984, has attended almost every single home game — and many road games — in the team's quarter-century existence.

On Friday, he became one of the first honourees of a new superfan gallery, along with the late actor and director Penny Marshall.

"You are a super fan," Hall of Fame chairman Jerry Colangelo told Bhatia on Friday.

Bhatia said the honour was beyond his wildest dreams.

"Me being in the presence of such great basketball talent in the world right here, this is so unreal ... I'm still in shock and that's why I'm accepting this on behalf of not just the Toronto fans, Raptors fans, but all the fans, basketball fans and the NBA fans all over the world. I want to thank you," he said. 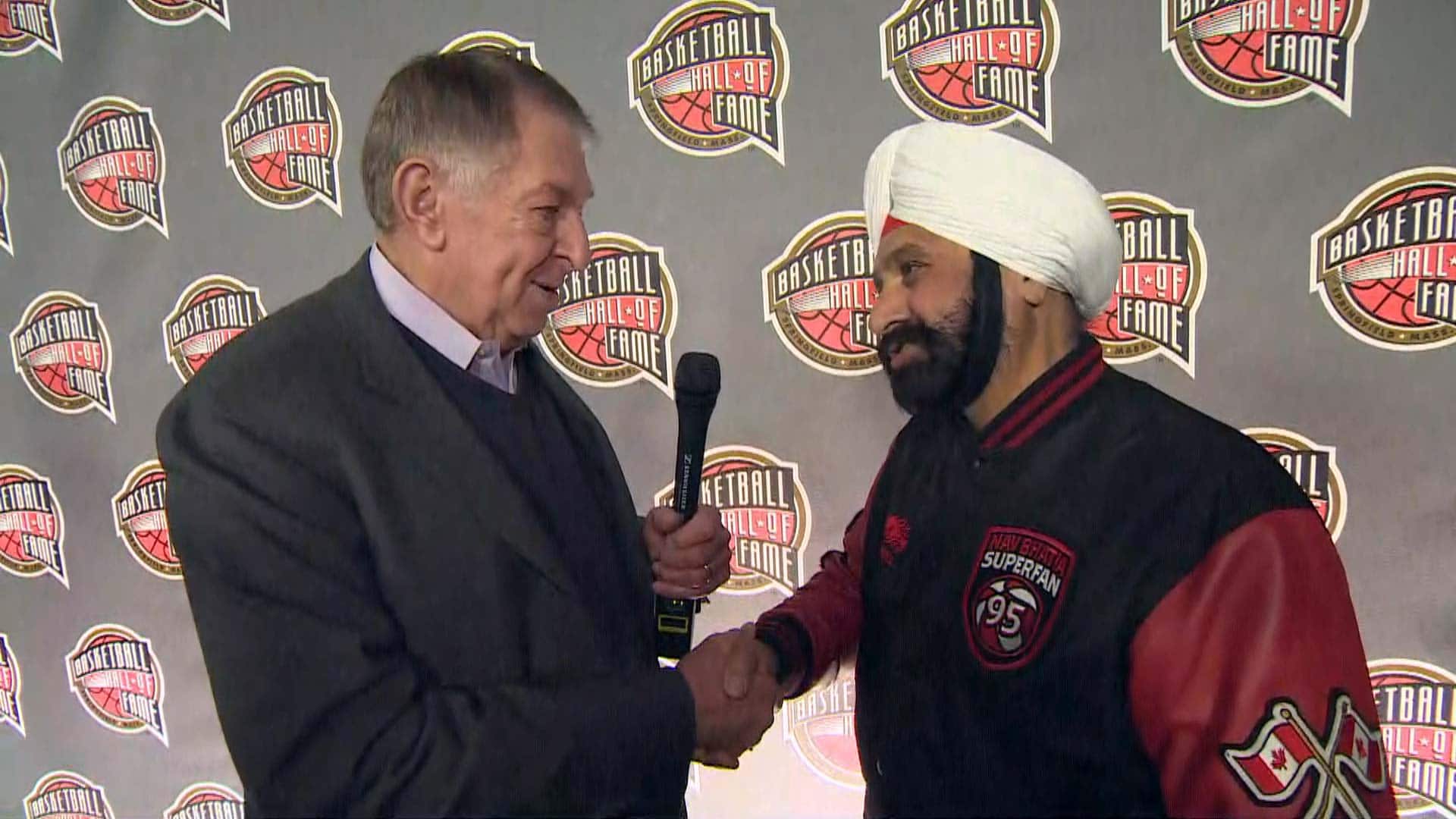 1 year ago
1:27
On Friday, Nav Bhatia came one of the first honourees of a new superfan gallery at the Basketball Hall of Fame. 1:27

Born in Delhi, Bhatia attended his first Raptors game in November 1995 — at the beginning of the team's first season in the league. At the time, he was a general manager in car dealerships and a self-described "boring guy."

"It is the best game on this earth. Two and a half hours. You're in a different zone. You don't even remember your wife or anybody else, [or] all the stress," he told CBC News this year.

"This was my love at first sight."

And it wasn't just the game.

"It's the most diverse crowd in the NBA," Bhatia said of Raptor fans.

Bhatia spoke about his early years in Canada to CBC News last year.

A mechanical engineer by education, he said he struggled to find work in his field, opting for odd jobs until he found work as a car salesman.

"I got people calling me names: Paki, towelhead … but I didn't worry about it."

Over the years, he went from success to success, becoming the owner of several dealerships. All the while, his love for the game grew and Bhatia established himself as a familiar face among Toronto basketball fans.

In 1998, his status as a superfan became solidified when former Raptors general manager Isiah Thomas called him out onto the court, bestowing him with the official title.

In the time since, Bhatia has been an active philanthropist, helping young fans attend games, putting on watch parties and other events to share his love of basketball and spread a message of inclusivity.

The team returned the love when he became the first fan in NBA history to be given a championship ring. Team president Masai Ujiri presented it.

The  Hall of Fame is in Springfield, Mass., and bills itself as the most complete library of the sport.