Recent "brazen" drone videos posted online of the parade and rally celebrating the Toronto Raptors' NBA championship are a "slap in the face," says a pilot instructor at an Ontario drone academy, noting drone flights over large crowds can be unsafe and are often illegal.

"People still drink and drive, which is unfortunate, and people are still going to do illegal flights here and there, but I believe that this was pretty brazen," Darren Clarke, chief pilot at Clarion Drone Academy based in Kitchener, Ont., said about the June 17 downtown parade and subsequent rally at city hall.

"I think this was not only a slap in the face to the professional Canadian operators, but certainly our aviation agency, Transport Canada," Clarke said.

Several videos of the partying were shot from the sky following the Raptors' NBA Finals win, and posted to the Instagram account @guutoby belonging to Toronto-born Toby Gu.

"I have put a drone over bigger crowds and there's never been an issue," Gu said in an interview from Prague. "I didn't think that there was any danger."

The Toronto-born man admits he isn't licensed to fly a drone and his drones are not registered, both violations under Canada's new rules governing drone use, which came into effect in June.

But Gu thinks the new Canadian laws around drones go too far.

Initially, Transport Canada said a preliminary review was conducted which "determined there was not enough evidence" to open an investigation into the unlicensed flying.

However, late on Wednesday the agency said "additional information has been brought forward and the department has opened an investigation."

Transport Canada response 'not up to snuff,' pilot says

The videos Gu posted last week show him with a DJI Mavic Pro drone, which is not approved to fly over crowds in Canada, according to Clarke and other drone pilots who spoke to CBC.

Clarke said a drone accident could cause injuries in a crowd, and drones can be weaponized to cause extensive damage. He said Transport Canada's initial response to this situation "was really not up to snuff."

Watch as the drone pilot responds to criticism: 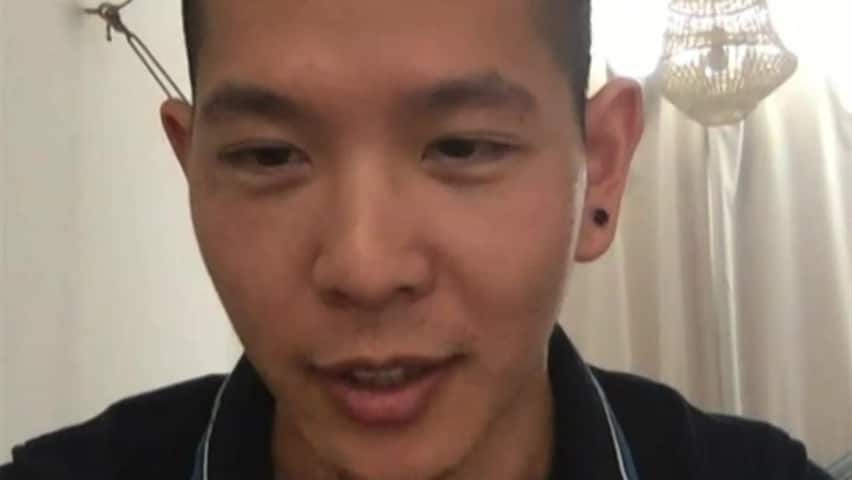 1 year ago
2:28
Toby Gu says he didn't believe there was any danger in flying a drone over the crowd of people. 2:28

"I don't want to put the panic onto everybody but we've got to look outside the box here," said Clarke, noting Prime Minister Justin Trudeau was in attendance that day.

"We see this [drone footage] and we kind of get let down a little bit, and then you see the response from Transport Canada and it just lets you down even more, and then you start thinking, 'What do we have the rules for.'"

The airspace around Nathan Phillips Square was restricted the day of the Raptors' party, so anyone operating a drone would have needed permission from Nav Canada, the company that owns and operates Canada's civil air navigation service, and would have needed to apply for a special flight operations certificate from Transport Canada.

Neither Nav Canada nor Transport Canada received a request from Gu to fly on the day of the parade in the restricted area.

For example, under the new regulations, a violation of "flying where you are not allowed" is punishable for an individual with a fine up to $1,000.

The morning of the Raptors' championship event, Transport Canada tweeted for people to leave their drones at home.

The Toronto Police Service said it is not investigating the matter.

"An officer did however speak with a male flying a drone over the crowd on Bay Street. With some education on the Canadian Aviation Regulations (CARS), the male apologized," a police spokesperson wrote to CBC Toronto in a statement.

After the videos were published online, Canada's largest organization representing the drone industry, Unmanned Systems Canada (USC), released a statement that it had "concerns" over the way drones were shown to have been used during the parade and the party at Nathan Phillips Square.

USC applauded the "unique perspective" of drone captured videos, but questioned whether it was "safely and legally" captured.

Since new drone regulations came into effect in Canada on June 1, USC said, it hoped commercial and recreational operators in Canada would use these videos as a "teachable moment" for how to avoid unsafe or illegal flights.