The government says it won't consider residential uses for the land

Michael Tibollo, the minister of tourism, culture and sport, announced an expression of interest process, saying he wants Ontario Place to be a world-class, year-round destination and it could include sport and entertainment landmarks, public parks, shopping and recreation.

"Our vision for Ontario Place will make it an impressive attraction that could include exciting sport and entertainment landmarks, public parks or shopping," Tibollo said in a statement.

"We could also have places for recreation, for people to come together and to hear great music at the existing amphitheatre."

Watch the history of Ontario Place: 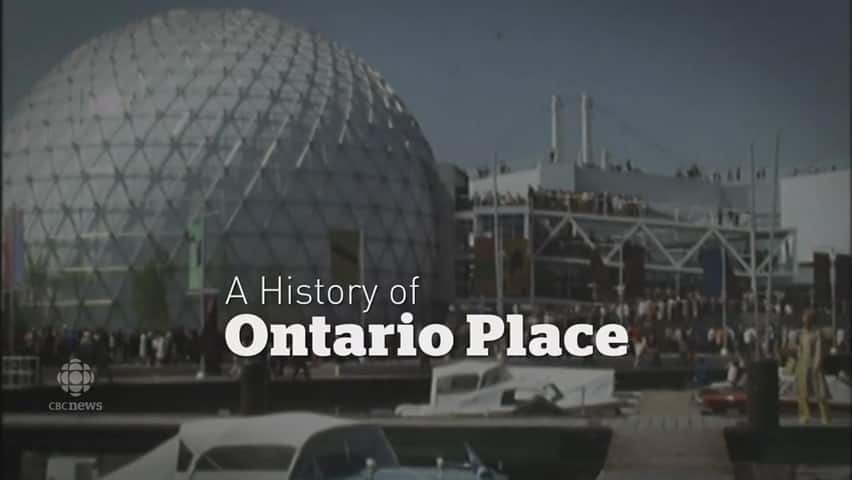 Ontario Place then and now

The province closed Ontario Place to the public in 2012 due to falling revenues at the government-owned theme park and tight provincial finances. At that time, the government said attendance had fallen from 2.5 million when it opened in 1971 to about 300,000.

Various proposals have been floated since its closure, including a year-round waterpark with a retractable roof, a casino complex and hotel, as well as residential development.

The previous Liberal government had sought development proposals with the stipulation that there be no casino on the property, but the current parameters don't rule one out.

In a statement Friday, Toronto Mayor John Tory said he has been assured by the province that the city will be involved in discussions about Ontario Place's future and intends to participate in the consultation process.

"While I welcome this discussion and a push to revitalize Ontario Place, I remain opposed to any proposal that would see a casino established on the site," he said.

The areas that the government is proposing to redevelop include the mainland, the islands, the pods and the Cinesphere.

A page from the government website outlining the heritage value of the property was pulled.

The government's parameters say they won't consider proposals for any residential uses, proposals that require operating grants or capital investments for planning, design or construction from the province, or any land sale.

The Budweiser Stage, used for concerts, is not subject to redevelopment and the government says it also intends to maintain three hectares of park land. Trillium Park was opened at Ontario Place in 2017, five years after it had closed, and was connected to the city by the William G. Davis recreational trail, named after Ontario's premier the year Ontario Place first opened.

The NDP criticized Premier Doug Ford for accepting "international, private proposals from corporations to demolish the Cinesphere and iconic pods, and take over Ontario Place."

"With that, it's clear: Ford's not listening to the people of Ontario who own Ontario Place, he's listening to corporations that want to turn Ontario Place into a cash cow for themselves," New Democrat Chris Glover said in a statement.