Former Toronto Maple Leafs enforcer Tie Domi appeared on Metro Morning Monday to discuss his new book and reflect on his long career as one of the NHL's toughest tough guys. 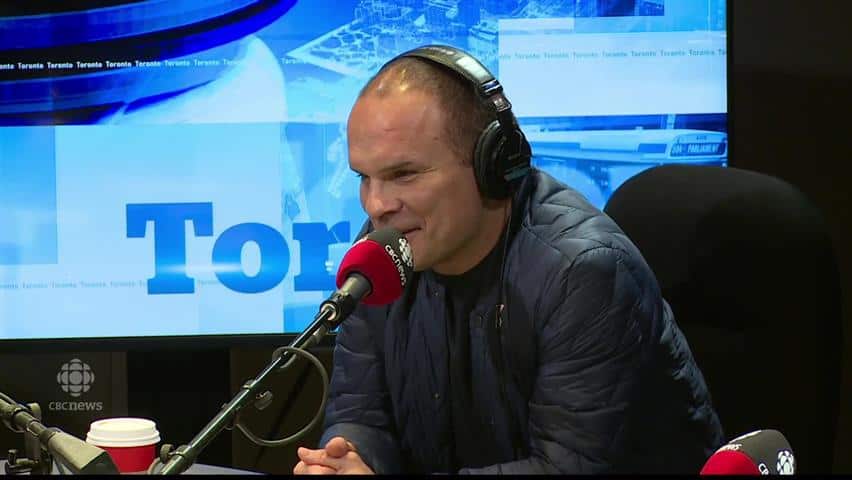 5 years agoVideo
7:18
Tie Domi talks to Metro Morning host Matt Galloway about his new book 'Shift Work' and if he thinks there's still a place for fighting in the NHL. 7:18

Former Toronto Maple Leafs enforcer Tie Domi appeared on Metro Morning Monday to discuss his new book and reflect on a long career as one of the NHL's toughest tough guys.

Domi, who sits third on the list off all-time leaders in penalty minutes and was a fan favourite in Toronto, told host Matt Galloway he has no regrets about the way he made his living.

"At the end of the day it's my teammates, they're the ones that I felt accountable to," he said. "They're the ones who I protected. That's why I ended up having all those fights, not because I wanted to. It was my job. I wanted to be the best at it."

His book Shift Work chronicles the ups and downs of Domi's career playing for Winnipeg, Toronto and the New York Rangers.

Click on the image in this story to watch Domi's interview.