Prime Minister Justin Trudeau says his government won't fulfil its campaign pledge to bring 25,000 refugees to Canada by the end of the year, but justified the delay by saying it is more important to "make sure it's done right."

'This is a whole of Canada effort,' Canadian prime minister tells CBC News 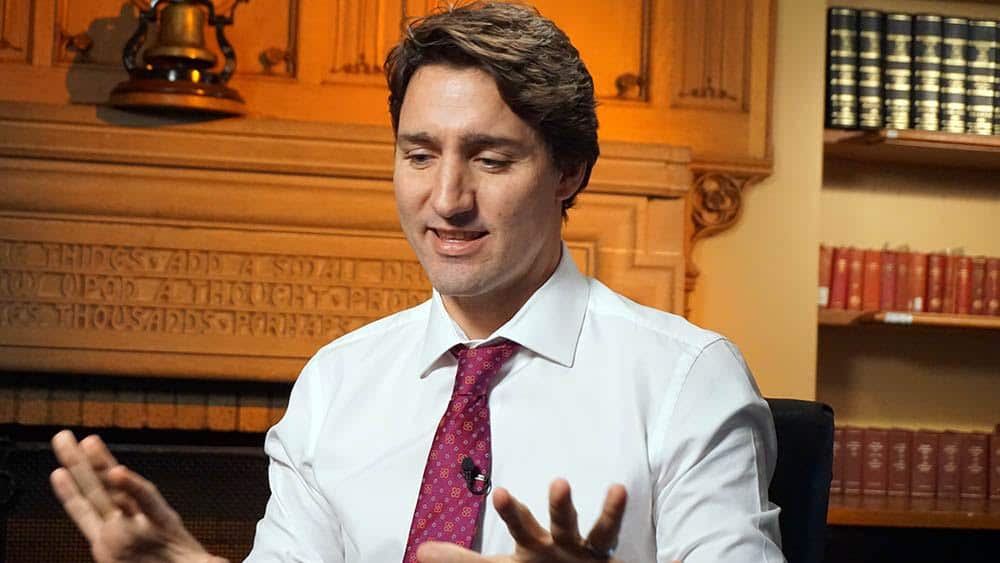 Prime Minister Justin Trudeau says his government won't fulfil its campaign pledge to bring 25,000 refugees to Canada by the end of the year, but justified the delay by saying it is more important to "make sure it's done right."

"We looked at the logistics, we looked at what it would take to bring them in by Jan. 1, and we had options around that," he told Metro Morning host Matt Galloway during a one on one interview in Ottawa earlier today.

"We need to make sure it's done right," Trudeau said. "The question that we've always had at the front of our mind as we were moving forward is ensuring that these 25,000 refugees have as successful a path as possible."

But Trudeau's enthusiasm for bringing Syrians displaced by conflict to Canada has not abated, and will take place in 2016.

Trudeau said welcoming refugees is positive for the country. 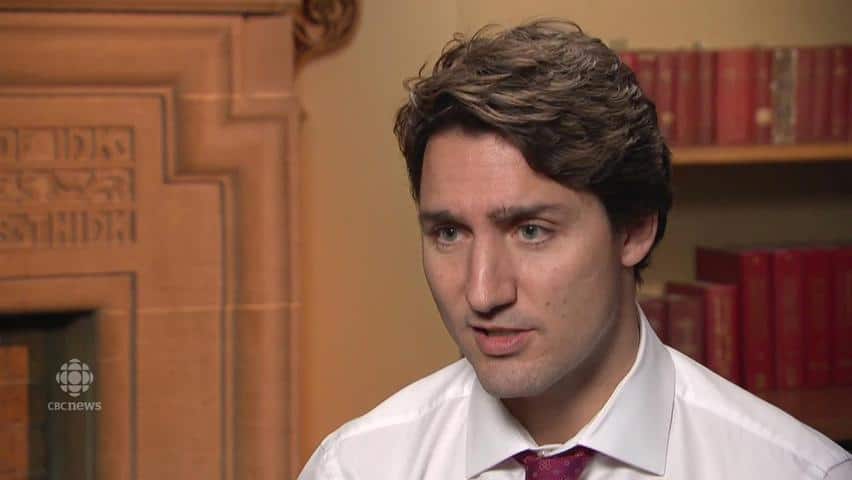 He talked about giving the Syrian newcomers pathways to success in Canada, saying it isn't about simply bringing them to the country but helping them integrate with society.

"This is not about government signing a paper and bringing over refugees, this is a whole of Canada effort," he said.

Despite Trudeau repeating his pledge to bring more refugees to Canada throughout the federal election campaign, some polls show a majority of Canadians do not agree with his refugee resettlement plan.

Though he said he doesn't put a lot of stock in polls, the prime minister said Canadians want to see their government as a "positive actor" on the world stage.

"This is not about security. The security is an issue we've dealt with," he said.

"This is about welcoming people who are fleeing terrorism, not bringing terrorism with them."

The Liberals have put in place a security screening program that begins overseas. Trudeau said this will allow Canadians to be more reassured that refugees are not a threat.

"We want these families arriving to be welcomed, not feared," said Trudeau. 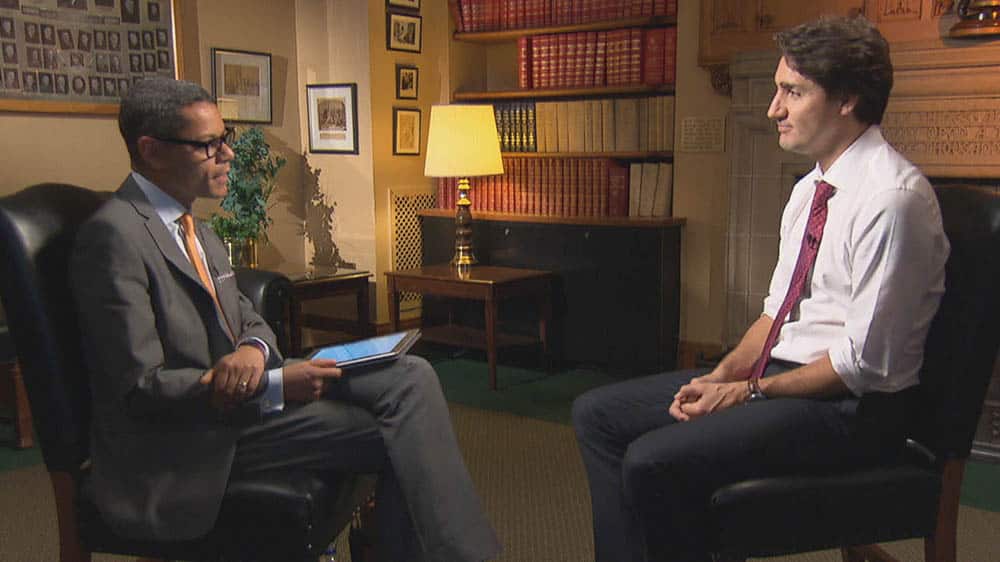 Paris attacks not a factor

The ISIS-affiliated gunmen who killed 130 people in the French capital on Nov. 13, Trudeau insisted, did not influence his decision to delay the resettlement process.

He did say the "law of large numbers" dictates that there will be some newcomers that will be "problematic," but not to the point that Canada would send them back into a war zone.

The Paris attacks, he said, did affect the public psyche. Trudeau also acknowledged that in the U.S., among the public and state governors, there is a strong opposition to bringing in Syrian refugees.

"I was aware that there might be concerns when I sat down with President [Barack] Obama last week. On the contrary, he was effusive in his support of what we're doing.

"He has pointed out there is more of a security risk from tourists than refugees."

The government-sponsored resettlement program will initially not include unaccompanied or single adult males. Trudeau said this was a matter of the program being an "accelerated process."

He said the most vulnerable will be accepted first, and families and children fit into that group. Other groups with demonstrated vulnerabilities in the region are members of the LGBT communities in Syria, he said.

But that isn't final.

Trudeau said risk profiles come into play but screeners overseas can make judgements, and "anyone who comes up with a slightly more complex profile will simply get deferred to future consideration," he said. 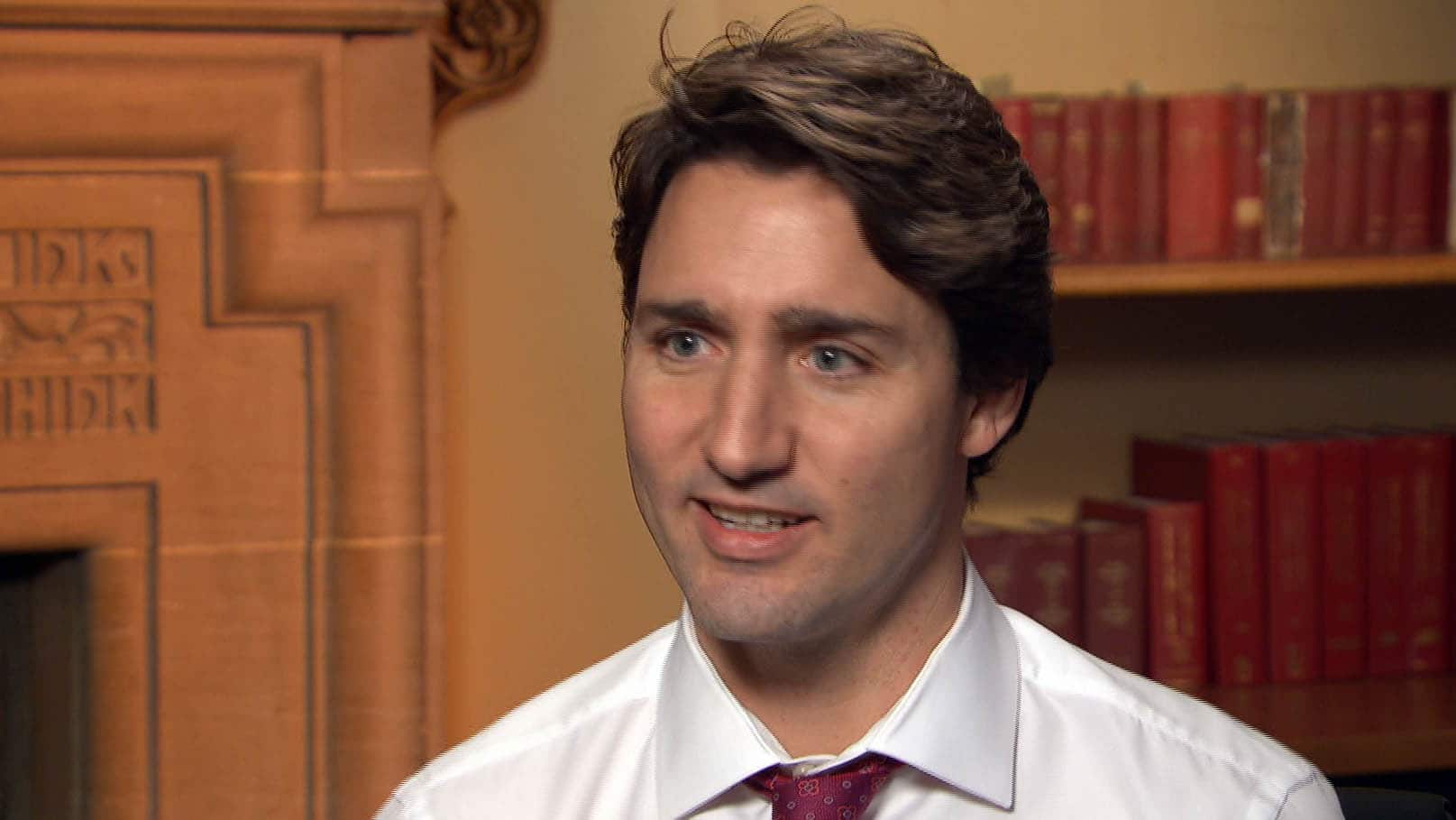 Justin Trudeau: 'It's an important step, but not the only thing Canada is going to be doing.'

'This is the story of this country'

Trudeau said he had a conversation in cabinet recently when he and several ministers pointed to Maryam Monsef, the minister of democratic institutions, who came to Canada from Afghanistan when she was 10.

"Right now there's a 10-year-old girl in a Syrian camp somewhere, and she can aspire that in 30 or 20 years she might be sitting around the cabinet table helping run an extraordinary country like Canada," he said.

Trudeau agreed the refugee resettlement program is a nation-building process.

"This is the story of this country," he said.

During a background briefing with reporters, government officials said the extra time was needed to give host communities more time to prepare to receive the refugees.

Other highlights of the plan include: