The new director of Pride Toronto has responded after news that some city councillors are trying to deny the organization city funding because of its decision to exclude the Toronto Police Service from this year’s celebrations.

New executive director says Pride will continue, with or without city funding

The new head of Pride Toronto has responded after news that some city councillors are trying to deny the organization funding because of its decision to exclude the Toronto Police Service from this year's celebrations.

"Our reaction is disappointment," said Olivia Nuamah, the executive director of Pride Toronto. She spoke to CBC Toronto's Dwight Drummond on Wednesday.

"We would hope that we are able to have conversations with councillors, which we are in the process of doing now, to explain exactly our position as an organization and the position of that of our membership." 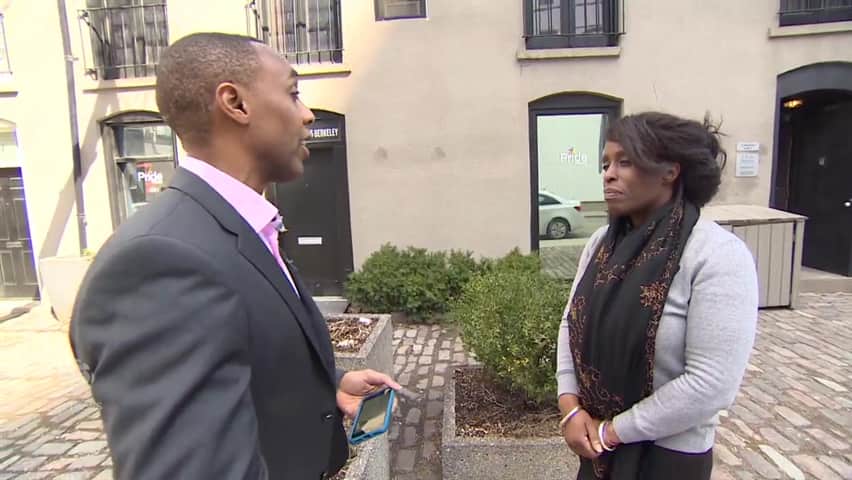 4 years agoVideo
4:43
Pride Toronto's new executive director Olivia Nuamah spoke to CBC Toronto news anchor Dwight Drummond about her disappointment that some city councillors are trying to deny the organization funding because of its decision to exclude the Toronto Police Service from this year's celebrations. 4:43

If Pride Toronto were to lose city funding, however, Nuamah said the organization would carry on.

"Pride will continue. With or without this funding, we will continue," she said, adding that the organization wants to work in partnership with the city.

"We want their support. We want that support not only through the financial resources they provide, but through all of the other kinds of supports they provide to make Pride Toronto a success."

Last summer's Pride parade was held up by a contingent from Black Lives Matter until Pride organizers agreed to a list of demands, including barring uniformed police from participating in future events.

Nuamah took over in mid-February after Pride Toronto made the decision. She confirmed that there will not be uniformed police officers permitted at this year's event.

When asked if she agrees with that decision, Nuamah said Pride has a duty to listen to its membership.

"What I feel is that the membership, and that was over 1,000 of them, gave us some very clear feedback about their relationship with the Toronto Police Service," she said.

"So in the context of that feedback, we as an organization are responsible to listening to that, which is what we did."

"What I would say to them is that Pride Toronto has utterly encapsulated what it means to be inclusive by listening to those members of our community that have voiced concerns about their relationship with the Toronto Police Service," she said.

She said the organization will be working with the Toronto Police Service to try to "find a way through this through constructive dialogue."

Plans for the future

Nuamah said she wants to spend the year listening to the membership, and trying to craft the organization based on their concerns and desires.

As for Pride's relationship with Black Lives Matter, Nuamah said the two organizations are connected.

Nuamah said it does not concern her that some people might confuse Pride Toronto and Black Lives Matter, because, "it doesn't bother us that we are seen to be representing the membership of our organization."