'In the blink of an eye': After a whole family dies on Flight PS752, what happens with what's left behind?

When Shaho Shahbazpanahi was asked by his closest friends to look after their home while they visited Iran, no one could have predicted they would never return — and that he would bear the responsibility of figuring out what to do with the pieces of their lives left behind.

When Shaho Shahbazpanahi went to check in on the home of his close friends while they visited Iran, no one could have predicted they would never return — and that he would bear the responsibility of figuring out what to do with the pieces of their lives left behind.

Razgar Rahimi, Farideh Gholami and their three-year-old son, Jiwan Rahimi, were about to return after a month in their home country and Shahbazpanahi wanted to make sure all was in order at their Whitchurch-Stouffville, Ont., home, about 40 kilometres north of Toronto.

He dutifully scanned each room from the basement to the top floor, and the nursery where the couple would soon welcome their baby boy. Gholami was seven months pregnant, set to deliver her baby in March.

"They painted everything very beautifully, they had a crib ready, even the blankets were ready," he said.

But it was not to be.

Their home now sits empty, the crib in the nursery a reminder of the life that should have been.

'We were going to plan everything together'

"At 11 p.m. Tuesday, we heard the news," Shahbazpanahi said. "A flight from Tehran to Kyiv had crashed."

By 3 a.m., his worst fears were confirmed when the flight manifest for Ukraine International Airlines Flight PS752 emerged, listing his friends among the 167 passengers who perished. Fifty-seven Canadians were killed in the incident, which Iran took responsibility for on Friday after days of denying accusations it shot down the airliner.

The plane was mistaken for a "hostile target" after it turned toward a "sensitive military centre" of Iran's Revolutionary Guard, the country's military said. Iran's president Hassan Rouhani called the incident "a disastrous mistake."

Shahbazpanahi said the couple's relatives told him Jiwan's stuffed animal and book were found at the crash site.

Until then, the hope had been for the families' children to grow up together. Shahbazpanahi's daughter's birthday was around the corner.

"We were going to plan everything together," said his wife, Nasim Kamgar.

Gholami was brilliant, studied industrial design and had dreams of one day starting her own business, Kamgar said through tears as she wore the necklace and earrings her friend designed for her.

A kind of spark

Gholami was also ​a lifeline of sorts for Kamgar — a big-sister figure who taught her everything she knew about parenting and encouraged her to have a child of her own to be a friend to Jiwan.

"But Jiwan never came back," she said through tears. "My daughter keeps saying, 'Jiwan.' She wants her friend... she can't talk but she knows that something's happened."

Rahimi was exceedingly knowledgeable and had a doctorate in electrical and computer engineering, Shahbazpanahi said. The pair met in 2014 on Rahimi's second day in Canada while Rahimi was studying at the University of Ontario Institute of Technology, and they became fast friends.

Both were Iranian Kurds, first-generation immigrants, sharing jokes in their native language that they couldn't in English or Farsi, Shahbazpanahi remembered with a laugh.

Three-year-old Jiwan was whip-smart, learning four languages and had a brain like his father, Shahbazpanahi said. He adored painting, reading and building things.

The family had a kind of spark that let them make friends easily, as evidenced by the many friends who considered them family and now mourn their loss.

It was also a function of surviving in a new country, said Shahbazpanahi.

"When you come as an international student... everything is new. You're starting over," he said.

'This is unknown territory'

And so while Rahimi and Gholami counted many friends among their family, they have no official next of kin in Canada, meaning Shahabazpanahi now finds himself trying to sort out what happens with the pieces of the lives cut short by the tragedy.

"This is unknown territory," said their town's mayor Iain Lovatt.

"We have an immigrant family that moved here about six years ago for a new life, establishes themselves certainly in our community and in the academic community, and in the blink of eye they're gone."

WATCH: Nasim Kamgar speaks about the loss of the friends she and her husband called family 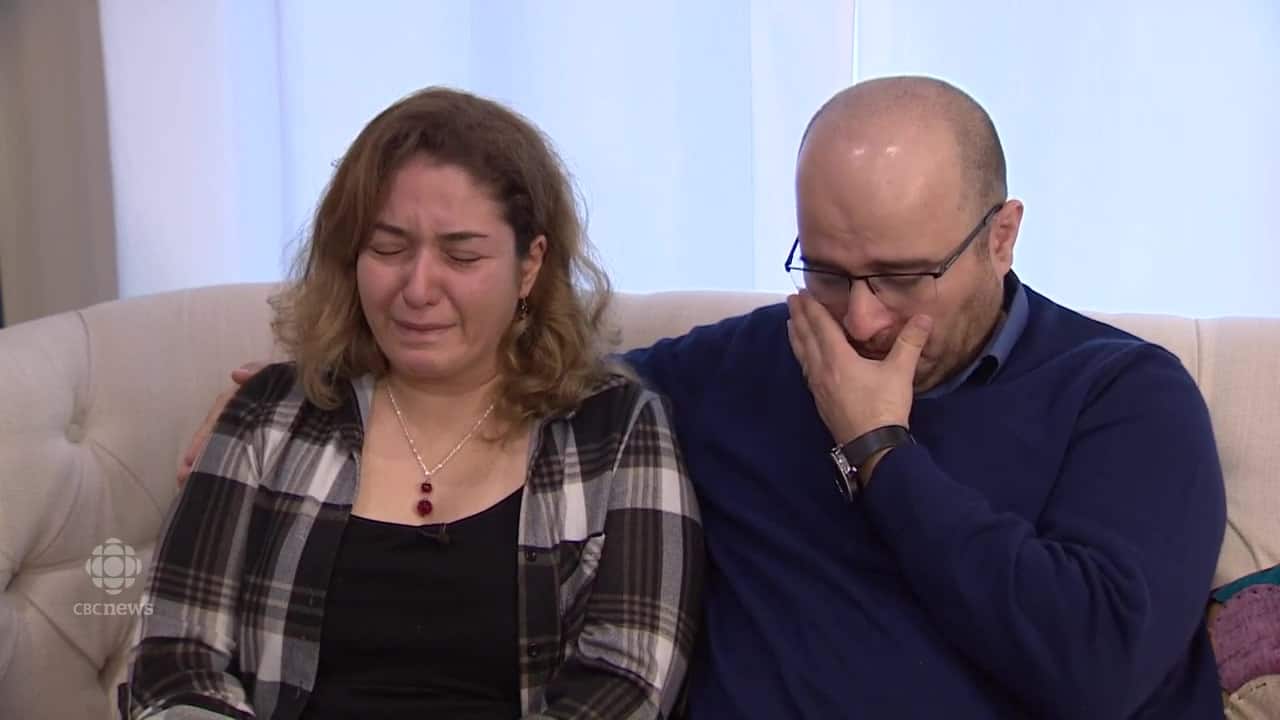 Nasim Kamgar and Shaho Shahbazpanahi, close friends of the family, remember them

9 months ago
0:38
Razgar Rahimi and Farideh Gholami were like family to Nasim Kamgar and Shaho Shahbazpanahi. The hope was for their children to grow up together. 0:38

When friends of the couple approached Lovatt for help, officials from the town leaped into action to track down their landlords to let him know what had happened to the family.

"The neighbours, the friends, and even the landlords don't know what to do," he said.

Shahbazpanahi says he's standing by as the couple's family in Iran processes their loved ones' loss. They aren't ready yet to broach the topic of logistics and what to do with their now-empty home and belongings. Eventually, he expects family members will make their way to Canada to handle the couple's affairs.

For now, the town intends to hold a candlelight vigil for the family, with plans to send a book of condolences to their relatives in Iran.

In the meantime, the couple's car remains parked outside of Shahbazpanahi's house.

He was supposed to drive it to the airport to bring them home.

With files from Angelina King