A longtime Toronto drug addict says the move to open supervised injection sites in three locations across the city will go a long way in reducing overdoses and the spread of dangerous diseases, especially among the most vulnerable drug users.

'Often you get what you're going to do and you're in hurry to do it,' user says 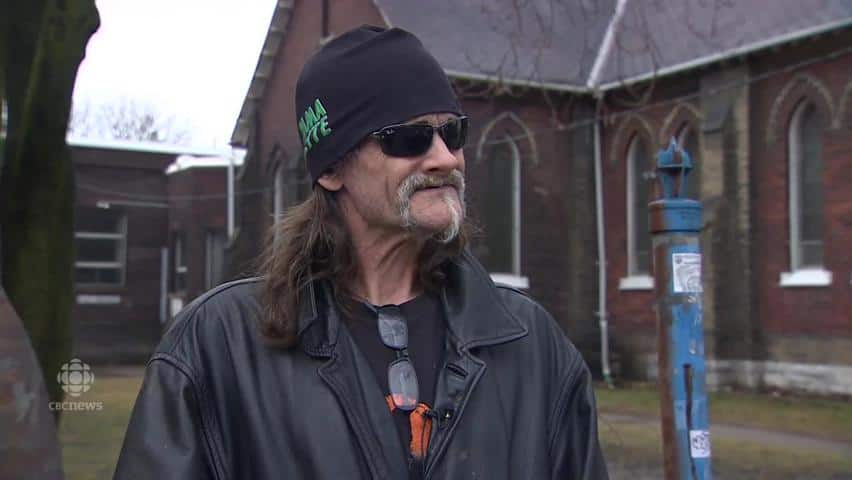 Toronto drug-user on how self-injection sites can save lives

5 years agoVideo
1:08
A Toronto drug-user who goes by the name 'Butch' has been injecting for 35 years and says safe-injection sites will go a long way to cut down on the instances of diseases and overdoses that he says have taken the lives of many he knows. 1:08

A longtime Toronto drug addict says the move to open supervised injection sites in three locations across the city will go a long way in reducing overdoses and the spread of dangerous diseases, especially among the most vulnerable drug users.

The man, who goes only by "Butch", told CBC News he's been using drugs for about 35 years, six of which were spent homeless. Butch has had housing for about a year now, but says addicts who don't have homes often take the biggest risks.

"Often you get what you're going to do and you're in hurry to do it," Butch said,

Rushing can make doing drugs far more dangerous, Butch said, because users often aren't as careful about the quantity of the drugs they're injecting as they should be.

On top of that, not having access to clean injection materials increases the chances that users be exposed to diseases like hepatitis C and HIV, he said.

But will people accustomed to injecting themselves in hiding come to the site?

Butch says he certainly will and has talked to others who say they'll come too.

"Of course you're going to get people who are too impatient, but any people you get coming to the injection site is great," he said.

Representatives from the South Riverdale Community Health Centre on Queen Street East, where the CBC spoke to Butch, said that if they get approval from city council and the federal government, they could potentially have a safe injection site open by next spring.

Butch believes that's a start, but would like to see even more sites to make it easier for users to access safe injection areas.

At the rear of the building is a memorial to addicts who have died.

"Right behind me we have a drug-user memorial and unfortunately it's been filled to capacity with a lot of friends who have passed due to the war on drugs," Butch said.