A pit bull that fatally mauled another dog has been euthanized several months after its owner adopted it from a rescue organization, Toronto Animal Services says.

Owner had adopted it from a rescue organization several months ago, Toronto Animal Services says

A pit bull that fatally mauled another dog Tuesday has been euthanized months after its owner adopted it from a rescue organization, Toronto Animal Services says.

Pit bulls have been banned as pets in Ontario since 2005. The rescue organization that arranged the adoption operated out of "another municipality," but Animal Services would not say where that was.

It's unclear whether the rescue group or the dog's owner knew it was a pit bull.

Initially, Animal Services told Jon Dunnill — the owner of the 12-year-old Havanese that was killed — that his dog was attacked by an American mastiff, a breed that's legally allowed as a pet within the province.

But after "several animal experts" reassessed the dog's physical appearance and conducted a behaviour assessment, they realized that it was a pit bull, Elizabeth Glibbery, manager of Animal Services, said in an email to CBC News.

The pit bull was euthanized after that behavioural study "confirmed that this dog had an extremely high drive to attack other dogs," according to letter sent to Dunnill from Animal Services.

Animal Services will be in touch with the rescue organization that adopted out the pit bull, they said.

Dunnill told CBC News on Wednesday that if his neighbour owned an American mastiff, he wanted the province to look at banning more types of aggressive dog breeds.

On Thursday, Dunnill said he still believes the province should review the 11-year-old legislation to ensure that it includes all dogs that have been historically bred to cultivate aggression.

"I'd like to see a total ban on any breed that's considered dangerous and unpredictable," he said. "A herding dog is going to herd, retrieving dogs are going to retrieve — and if they're fighting dogs that's the way they're going to be."

Animal Services will not be laying charges against the owner of the dog. The owners did not respond to attempts by CBC News to contact them. 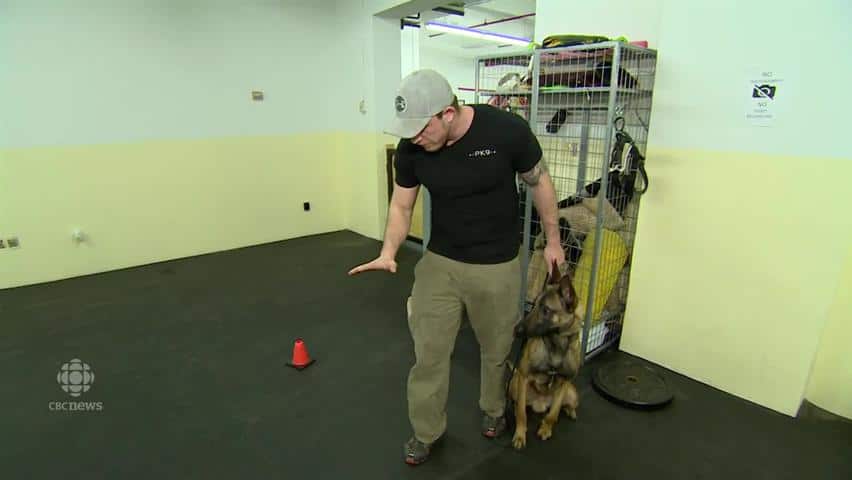 What to do if another dog attacks your pet

5 years ago
0:48
Dog trainer Rob Kirkwood gives dog owners a couple of tips on what to do if another dogs seems like it's about to attack your pet is attacking your pet. 0:48
CBC's Journalistic Standards and Practices|About CBC News