Ontario Provincial Police say enforcing physical distancing at a large car meet in Wasaga Beach on Saturday was an impossible task after more than a thousand car enthusiasts flocked to the beach town for a weekend of street racing and stunts.

Ontario Provincial Police say enforcing physical distancing at a large car meet in Wasaga Beach on Saturday was an impossible task after more than a thousand car enthusiasts flocked to the beach town for a weekend of street racing and stunts.

Social media posts from the scene on Saturday evening captured footage of the gathering — you can watch some of that in the video below: 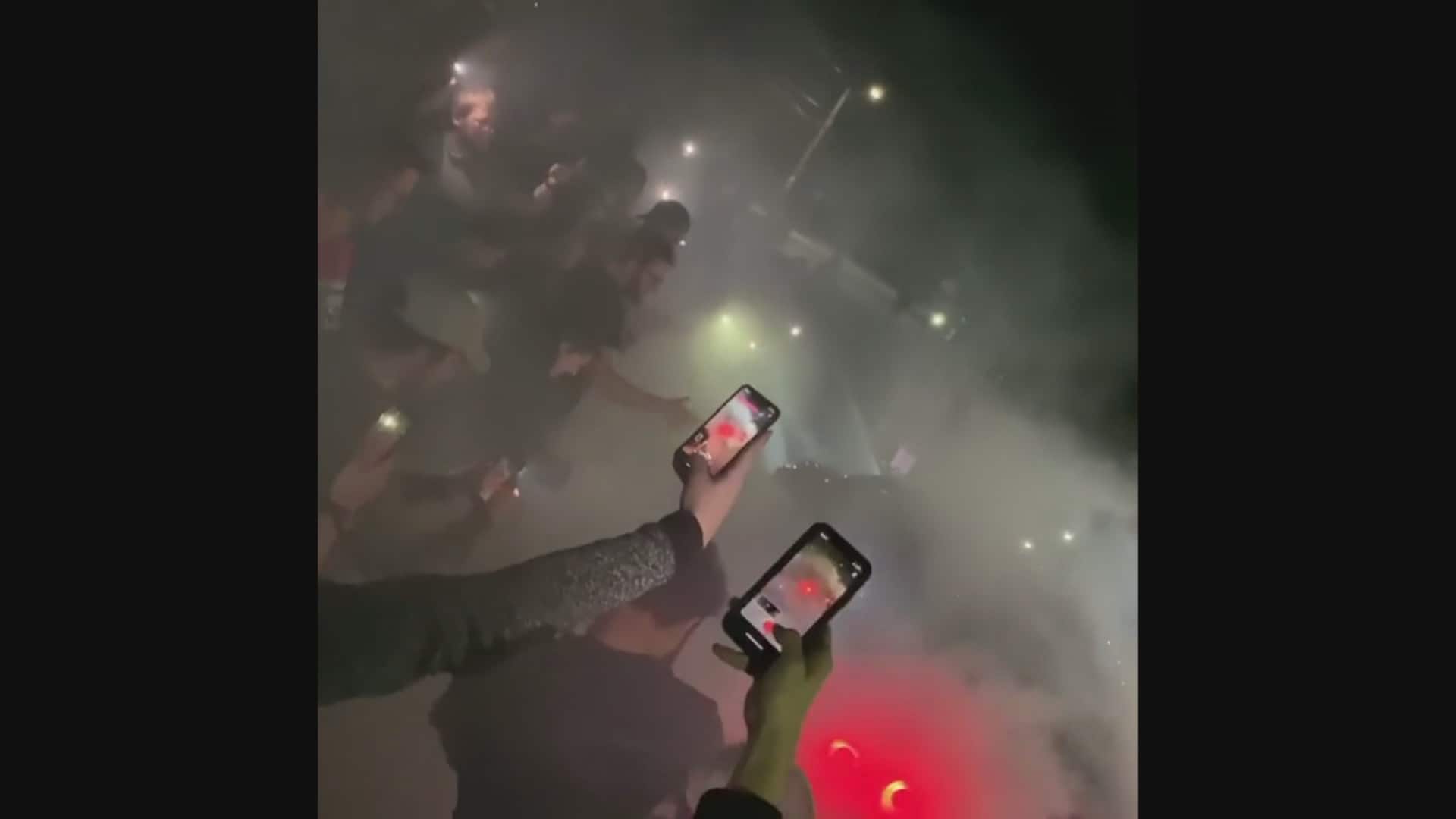 26 days ago
0:44
Despite a heavy police presence, hundreds gathered in close proximity for a car meet in Wasaga Beach on Saturday. 0:44

"There was a large police presence because we knew they were coming," said OPP Sgt. Dan Hunter.

But Hunter said enforcing physical distancing among the "huge" crowd was "not even a possibility."

Instead, he said police focused on hampering stunt driving and street racing.

Although he didn't give a specific number, Hunter said multiple arrests and charges were laid against individuals who attended the event.

Despite the fact that police were prepared for a large turnout, he said the nature of the gathering was troubling.

"We are obviously concerned, especially since the Reopening Ontario Act and all the limitations that changed on September 19," Hunter said, referring to the province's new restrictions on gathering sizes.

Private social gatherings across Ontario are now limited to 10 people indoors and 25 people outdoors, though the turnout was much higher at Saturday's rally.

This comes as Ontario reported 435 new COVID-19 cases on Saturday and 491 Sunday, the highest number since May 2, when 511 new cases were reported.

To help curtail the high number of car enthusiasts pouring into Wasaga Beach, OPP Sgt. Jason Folz said police and other officials made the decision Saturday evening to close the town's borders to any outside visitors.

Folz said officers enforced this by creating various checkpoints across town and asking for identification from people to prove that they actually lived in the area.

Anyone from out of town was ordered to leave by officers.

"It is going to spread COVID-19, that will happen," Folz told CBC News of the rally.

"There will be an ongoing investigation into this — this doesn't end this weekend," he said, adding that officers will be looking into who organized the rally.

"I don't think it's over just because the cars have left."