Cash grab or necessity? Ontarians sound off on photo radar

Doug Ford's government asked Ontarians what they thought about bringing back photo radar — and while many angrily called it a "cash grab," twice as many were in favour of using cameras to automatically ticket speeding drivers.

Doug Ford's government asked Ontarians what they thought about bringing back photo radar — and while many angrily called it a "cash grab," twice as many were in favour of using cameras to automatically ticket speeding drivers.

As one respondent put it: "No more excuses. Stop the carnage and bloodshed on our streets."

It's a divisive political issue, stretching all the way back to the Progressive Conservative government of Mike Harris in the mid-1990s.

CBC Toronto obtained the results of the province's recent public consultation process, conducted online in September and October of 2019, through a freedom of information request. Then, we read through every entry.

Since the fall, the government has approved regulation 398/18, so cities that want to can use photo radar in school and community safety zones.

However, cities like Toronto, which have been pushing for that power for years, are still waiting because the province required them to put up signs warning drivers of photo radar 90 days before it comes into effect. Officials say the first real tickets will be going out around the end of April.

For 217 people and organizations who responded to the province, the cameras can't start working soon enough, while 105 were vehemently opposed to their use.

What did those in favour say? Many cited personal experiences with dangerous drivers in their neighbourhoods, and expressed fears about speeding around schools. Here's a sample of the responses (note there are no names associated with these comments because they are redacted in the government documents).

The consultation also heard from dozens of parents whose children attend Allenby Junior Public School, which is located next to a four-lane stretch of Avenue Road in midtown Toronto.

Tracey O'Toole, the school's principal, told CBC Toronto the area is a dangerous one. In 2017, she said, there were at least eight vehicle collisions during the school year, including some where cars smashed through sidewalk barriers or wound up on people's lawns. No students were hurt, she said, but it's just "too many close calls."

Watch: Principal O'Toole calls for more enforcement near her school: 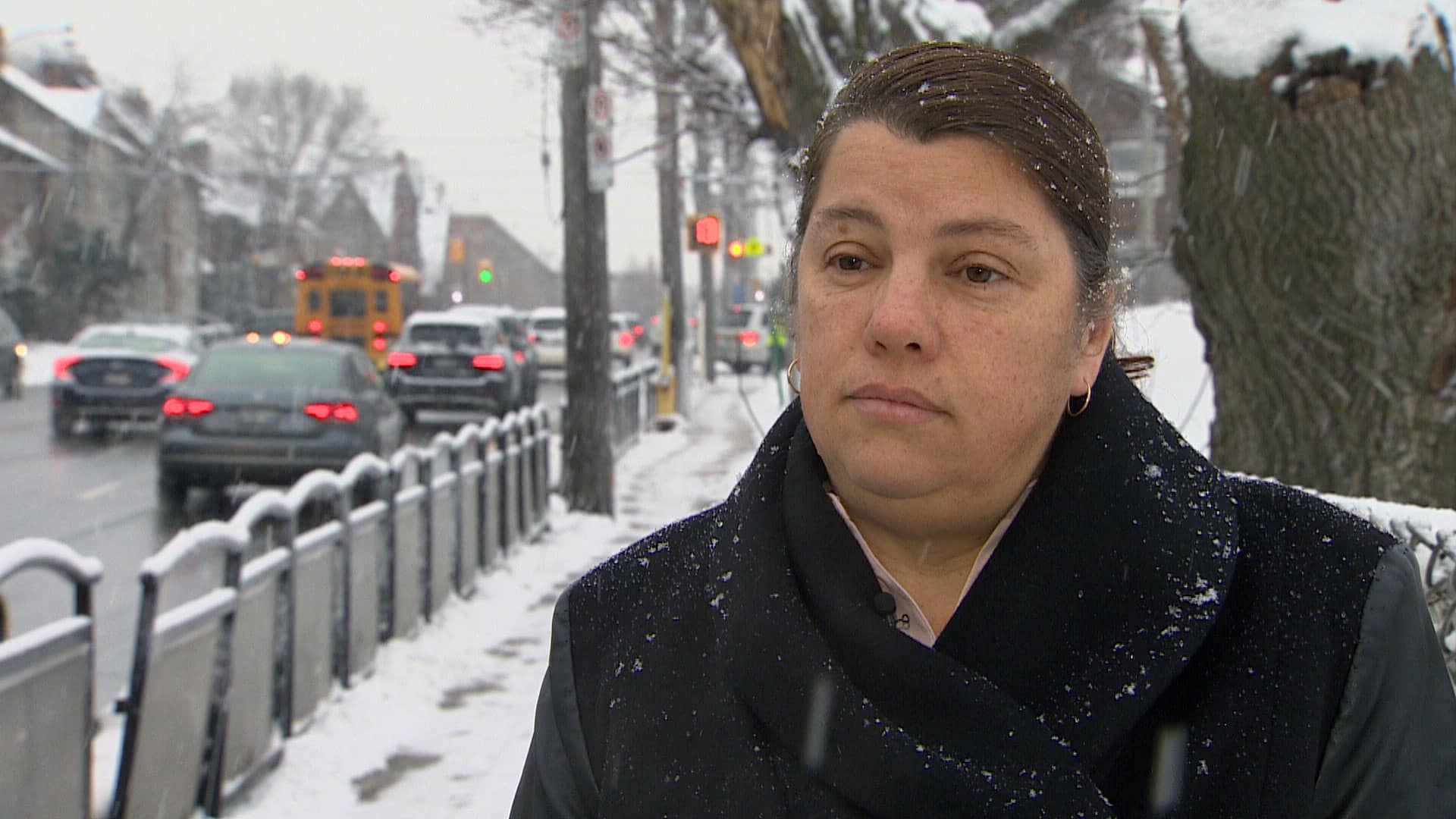 11 months agoVideo
0:24
Allenby Public School Principal Tracey O'Toole says information campaigns are good, but the only way to curb speeding in school zones is through enforcement 0:24

Fines start going out in April

The province announced last November that it would allow municipalities to use photo radar to enforce speed limits in school and community safety zones. This would give the city the ability to ticket or charge drivers in certain areas with a speed limit of less than 80 km/h.

Now, there are 50 "automated speed enforcement" cameras in wards around the city as part of Toronto's Vision Zero plan to eliminate all traffic-related fatalities.

But the program is off to a rocky start. Four of the city's photo radar cameras have been stolen, while another was vandalized.

Toronto police are now trying to figure out who managed to steal the machines, which weigh more than 360 kilograms and are set up to record license plates and mail out tickets.

The cameras are portable so that they can be moved around the city as needed. Each is worth approximately $50,000.

Speed is a factor in about one third of all serious injuries and fatalities in Toronto, according to the city.

The cameras are part of a multi-pronged effort to bring those incidents down to zero — a plan that includes reducing speed limits, upping police enforcement and installing signs.

Last year, 42 pedestrians were killed on Toronto streets. Four have died so far this year.

With files from Nicole Brockbank