Health Canada chemist and single mother Kuini Chuen went nearly three months without being paid as a result of the ongoing Phoenix payroll mess. When the deposit finally arrived, she wasn't sure she could touch it.

When Kuini Chuen checked her bank account in mid-November, she saw something that's become an unusual sight: a paycheque from her employer.

After working nearly three months without compensation, the deposit would have ordinarily been a welcome development for the Health Canada chemist, but such is life as a federal public servant that even payments now elicit fear.

"Never did I think there would be a day when I look at money being deposited into my account and feel terrified," Chuen said of the payment, which exceeded what she was owed.

"Is that money really mine? Am I allowed to touch it?" she asked herself.

The single mother of a four-year-old son is one of hundreds of thousands of federal employees who have experienced issues with the Phoenix payroll system.

The backlog of Phoenix-related cases has ballooned to more than 520,000 at last count. In around half of the cases, public servants like Chuen have been underpaid, overpaid, or not paid at all.

Earlier this week, Canada's auditor general said in a report that it would take several years and far more than the $540 million allocated by the government to repair the system.

Public servants like Chuen say they're running out of time to wait for reliable paycheques.

"I don't know how much longer I can survive like this," she said bluntly.

Chuen returned to work at her Health Canada laboratory in August after a two-month medical leave. During that time, she received payments above her normal rate, and when she returned, they stopped completely.

She leaned heavily on her family for support when the deposits ran dry.

"If it weren't for them I don't know where I'd be living," Chuen said on a bright morning in her downtown Toronto apartment.

"My family's not rich," she added. "I know they're trying all that they can to help me, but I feel like a burden."

When her long-awaited paycheque finally arrived, she knew it was too much because it didn't take into account the overpayments she'd received while on leave. Chuen fears that she'll soon have to pay it back, but she can't get an answer about exactly how much she'll owe.

The answers, she says, change depending on who picks up the phone when she calls the service hotline.

She has no confidence that the issues will be resolved in her next paycheque and she has doubts about whether she'll receive it at all.

Chuen said she'll search for a second job if the issues aren't resolved by 2018.

"I really enjoy working for the public service, but I can't do it for free with no end in sight," she said.

In response to the auditor general's report, Public Services Minister Carla Qualtrough called the findings "beyond unacceptable" and pledged to examine all options for a long-term solution, including potentially scrapping the system.

Auditor General Michael Ferguson said that while repairing the system would be costly and take years to complete, he said it would be wrong to cancel it entirely after seven years of development and implementation under two governments. 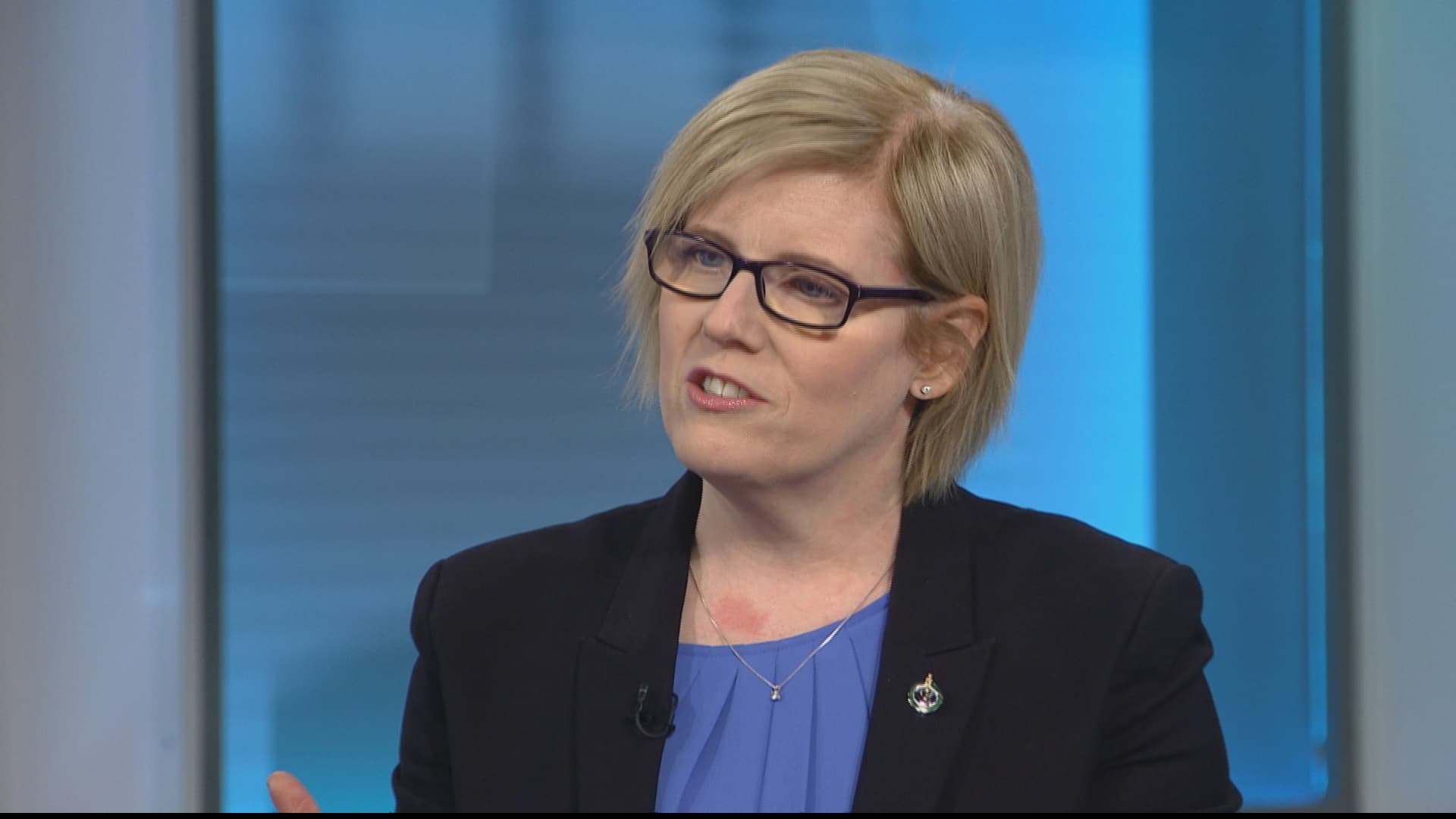 'People deserve to be able to rely on their paycheque,' says Public Services Minister

3 years ago
7:05
Carla Qualtrough reacts to the AG's report on the Phoenix pay system. 7:05

After months of uncertainty, Chuen vehemently disagrees and said now is the time to stop the bleeding.