A small plane that crashed on a busy street south of downtown Peterborough, Ont., overnight, killing the only person on board, had been stolen from Markham Airport north of Toronto, police say. 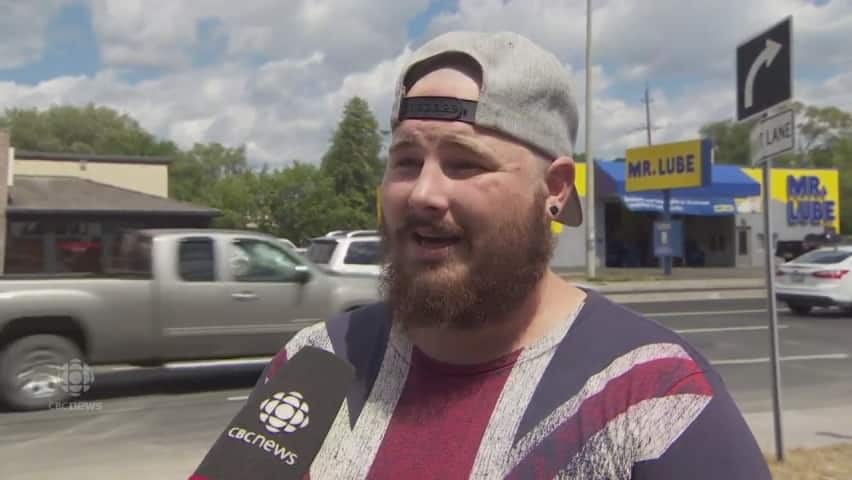 4 years ago
0:48
Codie Coulter was at the scene moments after the crash. He said the plane "took out streetlights" before crashing on Landsdowne Street. 0:48

A small plane that crashed on a busy street south of downtown Peterborough, Ont., overnight, killing the only person on board, had been stolen from Markham Airport north of Toronto, police said.

The man flying the Piper aircraft, which crashed at 1:20 a.m. ET Friday near Lansdowne and High streets, was a 21-year-old from Markham, Ont. He was pronounced dead at the scene.

"From every indication, it would appear that he was attempting to land the plane," Peterborough police Insp. Lynne Buehler said at a news conference Friday morning.

Police are not releasing his name, and it's not yet known whether he had a licence to legally fly a plane.

Codie Coulter was at the scene moments after the plane crashed. He said the Piper took out streetlights and a large illuminated sign before crashing.

"There was streetlights on the ground, it was just a crazy scene to see an airplane on Lansdowne," he told CBC News. "It's a sight to see man like, a plane crashed on Lansdowne. I take this road every single day and it's always filled with cars and to see a plane I just couldn't believe it."

The Transportation Safety Board has sent investigators to the site.

Fortunately, there wasn't much traffic in the area at the time of the crash, police said. Lansdowne is a busy street and the crash happened near a Dairy Queen and a Mr. Lube.

The plane is registered to an owner in Newmarket, Ont. York Regional Police are investigating the theft.

An autopsy on the man who died was scheduled to be conducted in Toronto today.

​Photographs from the crash site show the plane's nose and cockpit completely caved in.