Families of students who attend the Africentric Alternative School in the city's northwest end are calling on the TDSB to continue the specialized curriculum online for the new school year.

Families of children who attend Toronto's Africentic Alternative School have launched a petition after learning the school's programming won't be available online as thousands of parents opt to have their children learn virtually due to the COVID-19 pandemic.

The school, which operates in a wing of Sheppard Public School in the northwest end of the city, is one of 19 alternative elementary institutions in the Toronto District School Board (TDSB) and was opened in the fall of 2009.

While curriculum from the alternative school was available online following the onset of the pandemic in March when schools were closed, families were informed by the board that Africentric teachings aren't available online this fall, said Tamra Griffiths, who started the petition with her husband and another family in the school community.

"We're very shocked because it's a part of the school," said Griffiths, whose daughter Anastasia began junior kindergarten at the Africentric Alternative School last year.

"It's not like in March it wasn't available. They proved they could do it," she said. "Why can't you continue it now, knowing you have six, seven months to put it together?"

The petition, started on Change.org, now has more than 630 signatures as of Friday evening.

There's been an outpouring of support from other families and friends for the petition, as many are confused as to why programs like French immersion are able to continue online while the Africentric curriculum was cut, said Griffiths.

"They did it for one program, they can do it for another," she said.

The TDSB was unable to provide an interview to CBC News but said in a statement that the board's alternative programming cannot be sustained online.

"At this time, alternative programs will not be available through Virtual School," the statement reads.

"With more than 77,000 students in the TDSB Virtual School, we do not have the resources to support the instructional focus of each of the TDSB's alternative schools in the virtual school environment.," wrote Ryan Bird, media relations manager for the board.

"Where possible, we will try to keep students from individual schools together; however, this may not always be possible," he said. 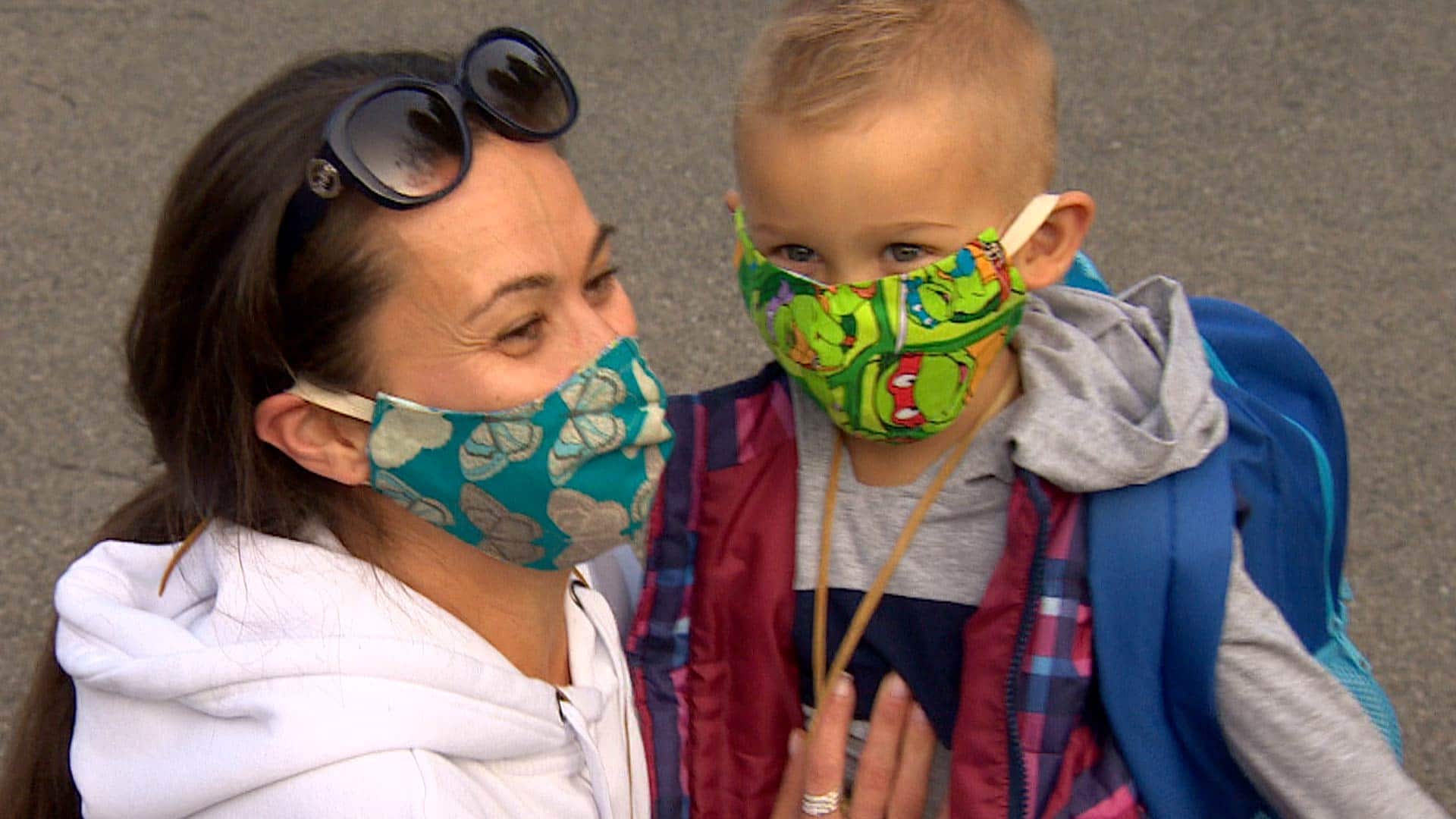 6 months ago
2:07
The Toronto District School Board, Canada's largest, is further delaying the start of online classes as more families reject in-person lessons. The decision comes as Toronto's Catholic board reopens its classrooms. 2:07

Losing the teachings from the Africentic Alternative School will affect Black children in the community who relied on the curriculum to help them build a sense of self, said Griffiths.

The curriculum focuses on "the integration of the diverse perspectives, experiences and histories of people of African descent into the provincial mandated curriculum" according to the school's website.

"Teachers made the class feel important. They knew about their history, their roots and their culture," said Griffiths.

"Anastasia would come home and she could tell me about Jackie Robinson, Rosa Parks, Malcolm X at the age of four," she said, adding that it was allowing her to build a strong understanding of her identity.

Griffiths says she wanted that learning to continue for her daughter and the other students at the school.

"It's not just about my children or your children. This is a community; we're working together as a community to do what's right for these children," she said.

Calls for curriculum to be incorporated more widely

The Africentric Alternative School is the only one of its kind in Canada and had received glowing reviews from students who attended over the last decade.

"I can walk out, wherever I am, no matter who's around me, confident in my skin and confident in who I am," Grade 8 student Kyeron Banton told CBC News last year when asked how she feels about the school.

However, enrolment was down in 2019 and the school had been facing funding restraints.

The TDSB says at the time that alternative schools tend to have fluctuating enrolment after buzz dies down.

Members of the school community told CBC News last September that the Africentric Alternative School curriculum could be better incorporated into all teachings across the board to help Black students feel more represented and for lessons to be more accurate.

"It's important, not only Black culture, but Indigenous, all the minorities who are not being represented well, they should be learned about so people that come from that can have self-confidence," said Sekou Osbourne James, a graduate who now attends high school in Scarborough, in a previous report.

With files from Linda Ward and Nick Boisvert