Across the province, parents say they're struggling. Not just with the constant threat of COVID-19, but also the ripple effect of no school or child care. Some warn a mass exodus of working parents — moms in particular — is on the horizon with the September school year looming.

Schools across the province are being directed to steer away from online learning and maximize children's time in the classroom this fall, according to a memo sent to Ontario's directors of education.

The Globe and Mail first reported on the directive Wednesday, having gained access to an email sent to school boards across the province by Tony Pontes, executive director of the Council of Ontario Directors of Education (CODE).

CBC Toronto has not obtained the full email, but did obtain an excerpt from a source at a GTA school board.

It says: "... boards will be directed to create adaptive plans that have no 'virtual learning day.' That is, there will be face to face learning all 5 days of the week. So a 2-3/3-2 model over a 2 week time period."

The memo's directions go against a recent directive released by Education Minister Stephen Lecce in mid-June, which asked school boards to prepare for three scenarios: in-class learning, online learning or a mixture of both.

A spokesperson from Lecce's office told Radio-Canada the government could not provide a copy of the memo as it wasn't sent by their office.

In Thursday's provincial COVID-19 briefing, Lecce said they're continuing to ask school boards to prepare three separate plans, but their preference is for children to be in class five days a week.

"These kids need it, especially after being out of class for so long because of COVID-19," he said.

Ontario education minister confident there will be classroom learning this fall

9 months ago
2:42
While not fully committing to it, Ontario Education Minister Stephen Lecce says the government hopes to have conventional, five-day per week classroom learning this fall. 2:42

Lecce added he knows parents want more clarity on what September will look like, but said it's still unclear what impact COVID-19 will continue to have in the coming months.

CODE has not yet responded to CBC Toronto's requests for comment.

Mass exodus of parents from workforce possible, some warn

The news comes as parents like Allison Venditti struggle to keep up with chaotic new norms.

Her days, which routinely start at 6 a.m. and go until 11:30 p.m., are filled with the constant juggling act of raising her three children — ages eight, six and two — full-time as schools remain shut, while also trying to run her career coaching business in whatever time she can carve out each day.

Venditti's husband takes Monday mornings and Friday afternoons off work to chip in with the kids as well, but there's no question it's a newly-lopsided arrangement, with Venditti's work pushed into the cracks.

The Toronto mother is matter-of-fact as she explains there's just no other choice. As with many Ontario families, it's her husband who makes more money, meaning his job takes priority in order to pay the bills.

"My hand is being forced so hard, it feels like I'm being stabbed," Venditti said.

And she considers herself one of the lucky ones.

Across the province, parents say they're struggling — not just with the constant threat of COVID-19, but the ripple effect of no school or child care.

Some warn a mass exodus of parents — moms in particular — from the workforce is on the horizon if families don't get more answers and support.

"What you will see is parents, and predominantly women, dropping out of the workforce," said Lauren Dobson-Hughes, a Canadian consultant specializing in gender equality and health, during an interview with CBC Radio's Here & Now.

"When faced with legally caring for your children or having a job, parents have to care for their children."

The pandemic experiences she's read about from some of its 4,500 members have been all across the spectrum. Some are single mothers juggling kids and jobs; moms who've been laid off; working mothers who've been told their productivity is "crap."

"It's been heart-wrenching and awful," Venditti said.

School closures — and the uncertainty about what's coming in the fall — is a particular challenge for many of those women.

"This whole school thing doesn't just hinge on mental health. It hinges on our ability to feed our kids," she explained. "People who've been laid off can't go back to work if they only have schooling two days a week."

'Who's supposed to be working?'

In June, Ontario officials asked school boards to create three different plans: one for a full return to the classroom, one for continued online learning and one that would combine online and classroom learning, with no more than 15 students together at any one time.

Amid the uncertainty over what plan will be picked, mothers across the province say they're in a no-win situation.

Roxy Futia, a single mom with a three-year-old son, had already had to stop working during the pandemic — and likely can't return to her job unless school is back full-time.

"It's really upsetting," said the Toronto mother, who had recently returned to the workforce after a divorce and a move.

Futia had to stop working in mid-April, because it was impossible to keep up with her job at a tax clinic while looking after her young child.

"I feel like this has the potential to really set women back so far."

Matilda Kontozis, who lives in Richmond Hill, said she may leave her medical administrator job this September because she felt like "a complete failure" supporting her 12 and 15-year-old with online learning. She doesn't know how she'll manage financially.

"It's me choosing their education, or my job and finances," said Kontozis on CBC's Metro Morning. 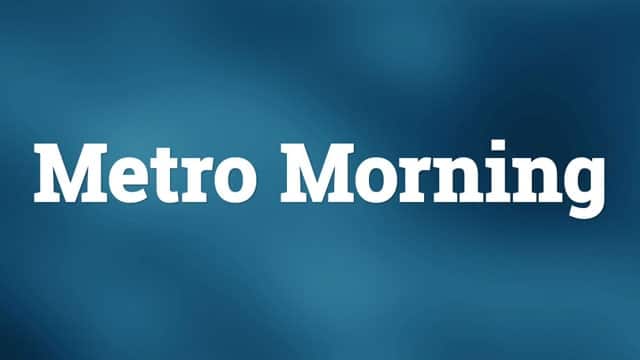 Metro Morning10:58Mothers worry that conflict between home-schooling and the demands of working are unsustainable
Allison Venditti and Matilda Kontozis talk about the difficulties of trying to work full-time with school-age children at home, and the demands of each becoming too intense to manage. 10:58

Amee Sandhu, CEO and principal lawyer at Lex Integra Professional Corporation — a law firm she founded last year — questioned how realistic any approach would be beyond having kids back in school full-time, five days a week.

The Brampton mother of three said any plan featuring time outside the classroom would be "terrible" for the economy, and women in particular.

"I'm just not sure that is viable from a risk reduction and health point of view, but also: Who's supposed to be working?" she added. "And that's not even mentioning from an employer's point of view."

From a health and safety standpoint, Canadian public health officials say kids tend to have milder infections and account for a fairly small chunk of the country's COVID-19 cases.

Even so, Public Health Ontario acknowledges the numbers could be underestimated since many children don't show symptoms.

It's also hard to gauge exactly how dangerous schools could be for the transmission of the novel coronavirus since they've been shuttered now for months.

So far, leaders at major children's hospitals in Toronto and Ottawa have advocated for a full-time return to the classroom.

But when announcing the three options for a back-to-school strategy, Ontario Education Minister Stephen Lecce stressed the province doesn't want a "one-size-fits-all" approach.

The move aligns with phased reopenings throughout much of the province, with some areas moving more quickly than others based on their COVID-19 case counts. It also means the school experience in September could vary widely between different regions.

In boards and regions where the novel coronavirus is less of a threat, the province's plan would permit a more conventional learning model where students study and play together, to "allow kids to be kids," Lecce said.

That's less likely in Toronto and the surrounding region, which was a hotbed for COVID-19 cases throughout the first months of the pandemic — and slower to enter the second stage of reopenings than many smaller regions.

According to Toronto Catholic District School Board (TCDSB) spokesperson Shazia Vlahos, the board is still working through the options provided by the province, with staff preparing a report for the Board of Trustees that will be made public on Friday.

It's a similar scene in the public board. Toronto District School Board (TDSB) spokesperson Ryan Bird said staff have been meeting for weeks now to look at the models.

"Staff have also been considering PPE requirements, the ability to physically distance students and staff, the ability to switch between remote and in-person learning, and transportation, among a number of other items," he added in an emailed statement.

Those plans, Bird said, will be finalized in August with public health officials and the Ministry of Education, with draft details expected to come out next week.

In the meantime, two TDSB trustees are calling on their chair to ask provincial officials to ensure final school reopening plans address the needs of working parents, particularly women and both single-parent and low-income families.

"We're putting parents in a position where they're forced to choose between work and looking after their children," warned Ward 11 trustee Rachel Chernos Lin.

Ward 15 trustee Jennifer Story said while they don't have the perfect solution, it could involve some combination of more in-school time for students, more child care, more parental leave options — a mashup of policies to give overwhelmed families some breathing room.

But according to Dobson-Hughes, so far, there's been little evidence the province is prioritizing the parental perspective.

Speaking to Here & Now, she said many working families are already on week 17 and counting of home-schooling, juggling the demands of online learning with little if any support.

"This cannot be the new reality," she warned. "People are holding it together by a thread."

Meanwhile, as schools remain shut, parents have watched as nail salons, dog spas, golf courses and restaurant patios reopen. Dobson-Hughes predicted it's a situation that could force "massive numbers" of people to sideline their careers.

"There is no economic reopening without child care and education," she said.