Visitors can see panda cubs and their mom starting March 12

It's another day, another cute panda video, but starting March 12 visitors to the Toronto Zoo will get to see mother panda Er Shun and her babies live. 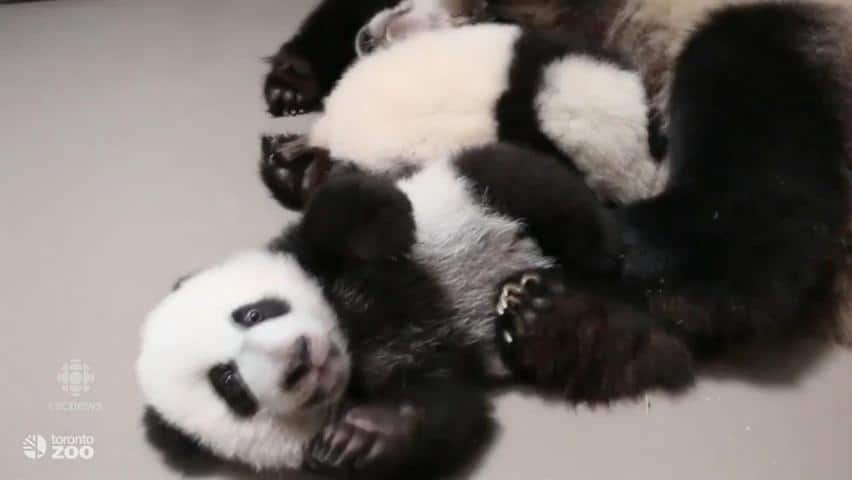 5 years ago
0:57
The Toronto Zoo's giant panda mom Er Shun is now spending time with both her cubs together. 0:57

It's another day, another cute panda video, but starting March 12 visitors to the Toronto Zoo will get to see mother panda Er Shun and her babies live.

On Tuesday, the Toronto Zoo released footage of mother Er Shun cuddling with her two cubs, and reminded zoo-goers that the panda family makes its public debut in just a few weeks.

"Er Shun's first reaction was to try picking up both cubs at once, something she had difficulty with since the cubs are now quite large," the zoo said Tuesday in a Facebook post.

Er Shun will continue spending time with both of her babies leading up to March 12, the zoo said.

Meanwhile, there are still a few more days to vote on the cubs' names.