Ottawa promised $140 million over the next 10 years to create Canada's first urban national park on the eastern border of Toronto.

'This national urban park ... will be enjoyed for generations' 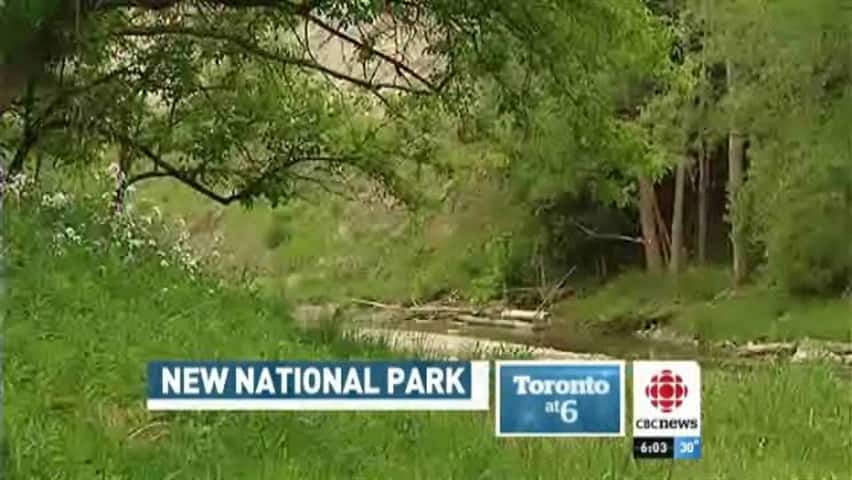 Ottawa is promising to deliver millions of dollars to help create and fund a new urban national park inside the borders of Toronto.

Finance Minister Jim Flaherty said Friday that Ottawa will be "providing over $140 million over the next 10 years and over $7.5 million ongoing to bring to fruition the dream of a 'people's park' in the GTA."

The Conservatives promised to deliver on the money needed to create the park in this year's speech from the throne.

"In this, the 100th anniversary year of our national parks system, our government will create significant new protected areas. It will work with provincial, regional, municipal, aboriginal and community stakeholders toward establishing an urban national park in the Rouge Valley of eastern Toronto," the document said.

A large piece of greenery on the eastern borders of Toronto will become a national park after decades of lobbying from politicians and nature lovers.

The Rouge National Urban Park will cover several thousand acres on the border between Scarborough and Pickering.

The area consists of a mix of river valley, creeks, forests, meadow and rural landscapes within the Rouge River, Petticoat Creek and Duffins Creek watersheds in the Greenbelt. It represents Canada's largest natural environment park in an urban setting.

The area is also home to a diverse mix of wildlife, from coyotes and wolves to beavers and trout.

The designation will protect the natural area from future development.

"This national urban park will become a place of national significance and will be enjoyed for generations," Flaherty said.