Ornge, Ontario's air ambulance service, has been charged with 17 offences under the Canadian Labour Code, the federal Ministry of Labour confirmed to CBC News Friday. 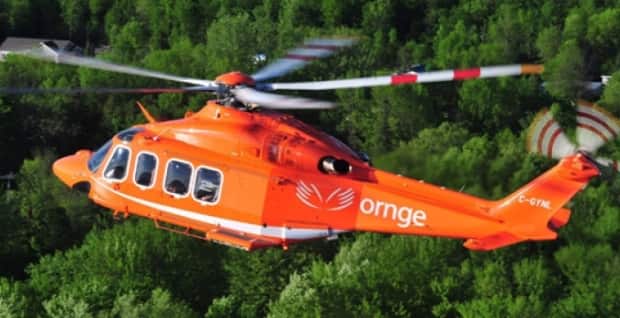 The charges were officially laid on Thursday by the Federal Ministry of Labour.

All 17 charges relate to an incident that occurred on May 31, 2013, when four Ornge employees — two pilots and two paramedics — were killed after the Sikorsky S-76A helicopter they were travelling in crashed one kilometre from an airport in Moosonee, Ont., after taking off in the early morning hours.

The crew was on the way to pick up a patient on the Attawapiskat First Nation reserve in northern Ontario, and was flying in darkness at the time of the crash.

A court document obtained by CBC News reveals that many of the charges relate directly to sections of the Canada Labour Code that govern green pilots operating aircraft together.

The document alleges that Ornge permitted the pilots to fly the S-76A helicopter "without adequate training in the ​operation of that specific aircraft," failed to provide the pilots with "a means to enable them to maintain visual reference while operating at night," and that Donald Mark Filliter, the crew's captain, had "insufficient experience in night operations."

Filliter's pilot proficiency check in the helicopter was incomplete at the time of the crash, according to the charges laid out in the document, and in allowing Filliter and his first officer, Jacques Dupuy, to fly together, Ornge violated its own "green-on-green" pilot policy.

The embattled air ambulance service has also been charged with failure to ensure employee safety resulting in the death of the two pilots and failure to ensure that supervisors and managers had knowledge of the Canada Labour Code.

In October of last year, it was revealed that officials at the company were warned by a safety officer at the base in Moosonee that the combination of inexperienced pilots and nighttime operations would likely result in a fatal accident.

"Ornge confirms it has received a summons with respect to charges laid in connection with the accident under the Canada Labour Code’s occupational health and safety provisions," reads a statement provided by the company to CBC News.

"Ornge is currently reviewing this documentation, and we cannot comment further as this matter is before the courts."

In November, investigators from Transport Canada handed down seven directions to Ornge following its investigation into the Moosonee crash.

The company was ordered to comply with the directions by May 31, 2014.

"We take these proceedings very seriously, as I’m sure Ornge’s leadership will. Since the incident, Ornge has been co-operating fully with all authorities, including the federal government, by responding to all directions, and it will continue to do so," Wynne said.

News of the charges comes amid an ongoing Ontario Provincial Police criminal investigation into the alleged mishandling of government funds by the company's top officials.