Ontario's labour ministry is investigating the Toronto gas station where an attendant was run over and killed last weekend by a driver who didn't want to pay for his fill-up. 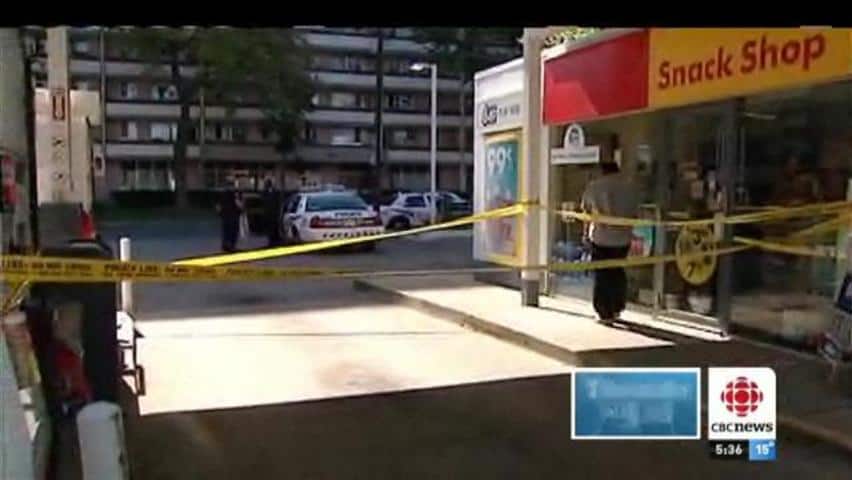 Ontario's labour ministry is investigating the Toronto gas station where an attendant was run over and killed last weekend by a driver who didn't want to pay for his fill-up.

Labour Minister Linda Jeffrey says her office has started a health and safety investigation, and wants to know if there were any employment standards violations at the station.

Jayesh Prajapati, 44, was killed Saturday night after a motorist filled up his SUV with $112 worth of gas and allegedly left the Shell station without paying. His widow says he'd been forced to pay for stolen gas before, though the owner of the station where Prajapati worked says his staff do not have to pay for stolen gas.

Jeffrey reminded the legislature on Wednesday that it is illegal in Ontario for an employer to dock a worker's wages for the company's lost or stolen property as a result of customer theft. She said the law applies whether the theft in question involves a restaurant dine-and-dash or clothing swiped from a retail store.

"It's illegal to have your pay docked," Jeffrey said Wednesday. "We want to protest those vulnerable employees who may be subject to an unscrupulous employer."

However, the New Democrats say they don't believe the law is being strongly enforced, and worry that many workers do not know their rights in such circumstances.

Deena Ladd of the Worker's Action Centre said many workers are often hesitant to make a complaint.

"People are desperate to hold on to jobs," she said. "Many workers only make complaints to the ministry after they've lost their job because if they make a complaint while they're in the job, there's no way to do it anonymously."

Liberal MPP Mike Colle, who represents the Toronto riding where the Shell station is located, is working on a private member's bill he believes would help curb gas theft by forcing drivers to pay upfront before they fill-up. Colle plans to introduce the bill Thursday and if approved, it will be known as "Jayesh's Law."

But Jeffrey said an investigation into the death of Mississauga gas station attendant in a similar gas-and-dash death found the prepay solution was not popular with the industry.

"What we learned from that was there are significant concerns from stakeholders about the feasibility of the pay-at-the-pump laws," she said. "Other jurisdictions have not seen the expected results or uptake after passing the legislation."

Police are urging Max Edwin Tutiven, 39, of Toronto to turn himself in to face a charge of second-degree murder in connection with Prajapati's death.

With files from CBC's Mike Crawley and The Canadian Press