As parents and students wait to find out when schools will reopen, some teachers are taking it upon themselves to start teaching from home using video streaming services like Skype.

How some teachers are keeping the lessons going amid social distancing

When Grade 11 student Zev Segal learned his English teacher would be hosting class through Skype this week, he was excited.

"I thought it was incredible," the 16 year old explained over the phone.

"I already knew he was an amazing teacher, but when he said he'd do it, it was really inspirational to know that he really cared about his students education and their learning during this time of crisis."

But before the lesson could even begin, it was cancelled. The Ontario Secondary School Teachers Federation told its members to hold off and advised that teachers instead direct students and parents to the provincial government's learn-at-home website.

As Ontario races to curb the spread of COVID-19, students have been out of the classroom on what many at first took to be a two-week extension to March Break. But as the number of people sickened by the virus continues to rise in this province and across Canada, Premier Doug Ford has said students most certainly won't be returning before the originally anticipated date of April 6th.

So to fill the gap, some teachers are taking matters into their own hands — something the union representing many of them cautions against.

"I'm not at all surprised their concern for their students isn't going to be diminished during a crisis," OSSTF President Harvey Bischof says.

"In terms of providing instruction though, at this point it would be nothing more than patchwork in the absence of any clear direction."

Until they get direction, Milton, Ont. teacher-librarian Lori Belford and her husband, Jeff, are getting creative. The husband and wife teacher duo created a series of challenges and activities for students while schools are closed.

"The kids still want to learn, but it has to be fun and engaging. I named it Learning with your Homies because we're at home with friends," she said. 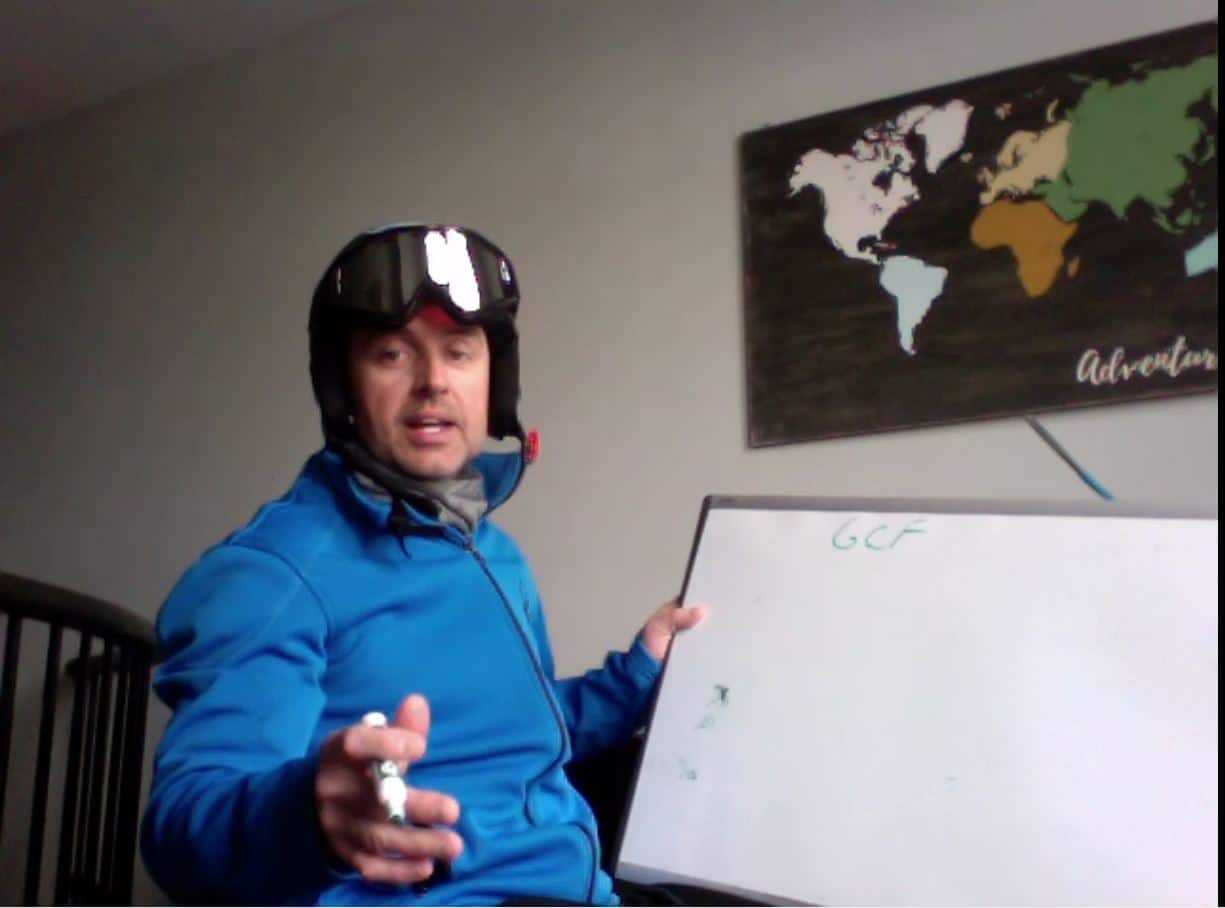 Inspired by the cancellations of their own ski trip vacation, Jeff used the the map of a ski hill to create math challenges for students, even dressing up in ski garb and filming a lesson.

They posted it on their Google classroom, inviting friends, fellow teachers and parents to join and collaborate.

It's filling in the gap right now while we're waiting.- Lori Belford, teacher librarian, Milton, On.

"It really evolved from wanting our son to stay engaged to a bunch of parents that were like, 'We're going stir crazy at home, like what to do next?'" Belford said.

"It's filling in the gap right now while we're waiting," said Belford.

Amanda Williams-Yeagers hosts a storytime every morning at 10 a.m. Snuggled in a corner chair inside her Burlington, Ontario home, the teacher librarian reads several books to students from kindergarten to Grade 8.

"It's so important to stay connected," she said.

About 100 families join her virtually every day.  After she finishes reading, she suggests projects the students can do based the theme of the books.

She says other teachers and administrators from Viola Desmond Public School in Milton have asked to participate.

Some teachers have even gone ahead with live-streaming classes, not waiting for instructions from the province.

CBC News spoke with one Grade 7 teacher in Toronto who started video streaming lessons to 32 of her 35 students. CBC News agreed not to reveal the teacher's identity or name her school because she was concerned about being reprimanded.

"They (the students) were really craving it. I did a Zoom class with them… they get to virtually be with their friends, they could all see each other, talk to each other," she said. Zoom is an online video meeting platform that allows users to speak and see each other.

The teacher said she reached out to parents first for permission before she held the class. While it was successful for her class, she added it would not work for every school or student in the province.

The inequality of streaming classes

There are concerns video streaming classes could create a two-tier system for those who can afford the technology to participate and those who can't.

"We want to be able to help but we also are really, really worried about inequality," she said. "Not everyone has the Internet at home, not everyone has a computer at home."

Zev Segal says his English teacher offered to simultaneously broadcast lessons using Instagram, so students who don't have access to a computer could participate using their phones. But even that requires a cell phone and enough data to view the broadcast.

In a statement to CBC News, Ministry of Education spokesperson Alexandra Adamo said the provincial government expects to provide more clarity in the coming days on what learning will look like for Ontario's children amid the closure.

"Our government will take immediate action to ensure the safety of students and staff, and is preparing for all scenarios," she said.

"We are currently seeking the advice of Dr. Williams on how long the closure of publicly funded schools should continue."