Gaps not impossible to bridge, but sides look unlikely to back down on key issues

This move by the Elementary Teachers' Federation of Ontario (ETFO) marks a significant ratcheting up of the dispute between Premier Doug Ford's government and the four teachers' unions.

ETFO's plans for both provincewide and rotating strikes mean that every elementary school student in the public system stands to lose four days of school in a two-week period.

There are no signs that a deal is imminent for any of the major unions.

All in all, a bleak situation, whether you're a teacher, a parent, a taxpayer or a member of the Ford government.

So where does it go from here?

It's important to keep in mind that there are four separate sets of negotiations going on (the fourth, and by far the smallest, union represents teachers in the French-language school system). The Progressive Conservatives need to get deals with each union, and the only way to do that is one at a time, with the hope that each settlement provides momentum toward the next.

ETFO President Sam Hammond on why the union is ramping-up strike action: 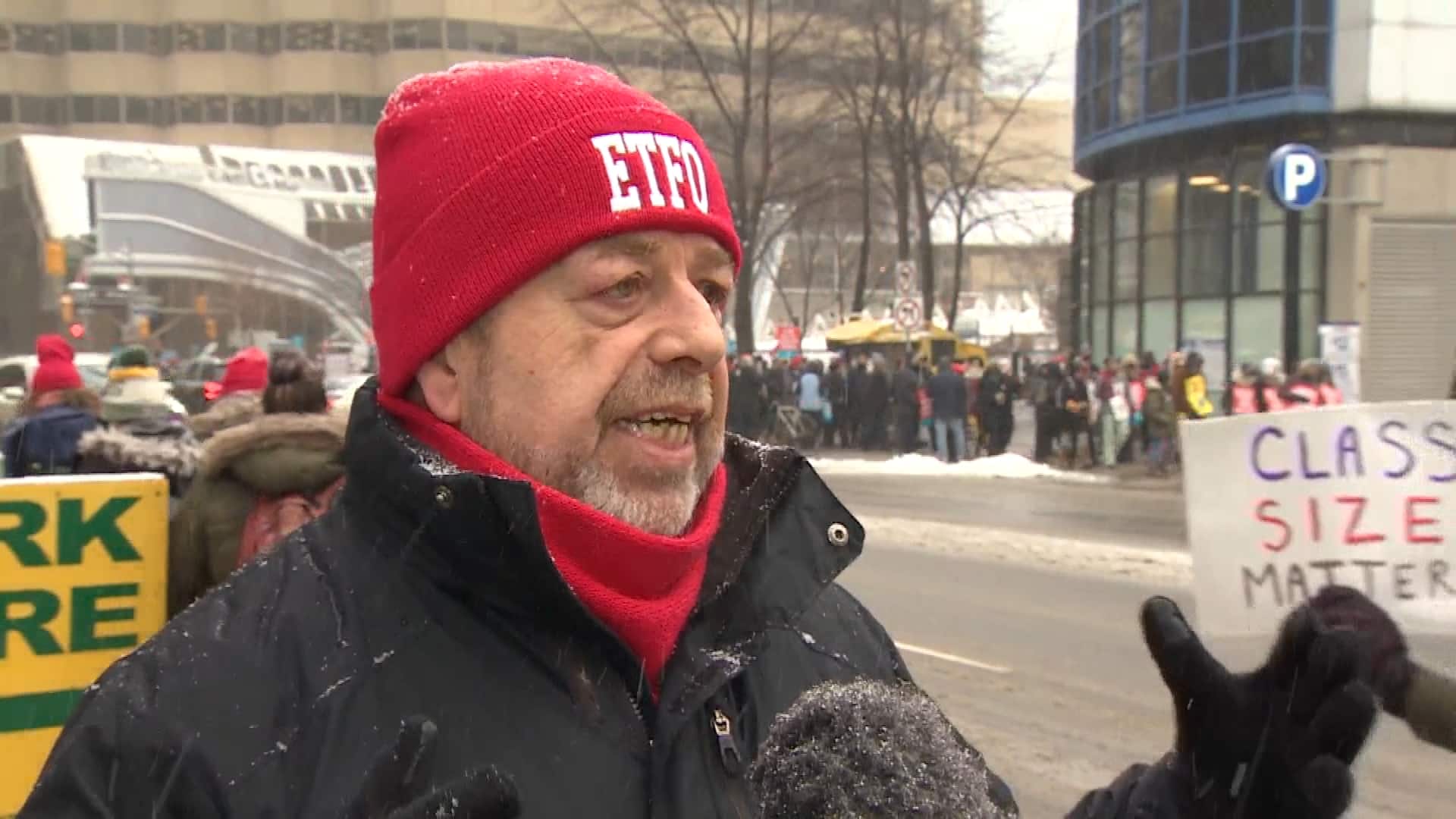 1 year ago
0:37
This is one of the ways we're taking a stand,'  says Sam Hammond, accusing the provincial government of not investing enough in education.  0:37

That's why Ford and his team might come to regret that they missed the opportunity to get a deal with the ETFO last week.

Considering the different issues at play in each set of negotiations, and the proposals on the table from the province, a deal with the ETFO is arguably the easiest. That's because the government's controversial proposals for increased average class sizes and mandatory online courses only affect secondary schools, so they aren't at issue in the talks with the elementary teachers' union.

Still, there remains plenty in dispute between the ETFO and the province, chiefly:

These gaps are not impossible for the two sides to bridge. But it's hard to conceive how it actually happens.

The Ford government looks highly unlikely to offer more than a one per cent wage increase. Doing so would breach its own public sector wage-cap legislation, one of its hallmark policies, and set a precedent for the rest of the teachers' unions, as well as every public sector contract negotiation to come.

The teachers' unions look unlikely to back down. They appear more united than in previous rounds of contentious bargaining, such as 2012 when OECTA agreed to a framework deal that ETFO and OSSTF rejected outright. Strike pay makes picketing days less financially painful for teachers, and the unions' strike funds are deep enough to sustain further walkouts.

But predicting how that disruption will affect public opinion is tricky. If parents repeatedly have to scramble for child care, will they blame the unions or the government?

So far, public opinion about the strikes seems to be correlated with people's overall views of the Ford government. Those who support the teachers generally didn't vote PC in the last election. Likewise, there's no evidence that the government's core supporters object to its handling of the negotiations.

Unless something shifts drastically in the next few days, strikes look set to continue at least until Queen's Park resumes sitting on Feb. 18. After that, it becomes just a matter of time until the most likely scenario for ending the disputes unfolds: back-to-work legislation.