Ontario said Thursday it is extending online learning for elementary students in southern Ontario until Jan. 25 because the COVID-19 positivity rate among school-aged children has increased sharply in recent weeks.

The provincial government says it is extending online learning for elementary students in southern Ontario until Jan. 25.

That aligns with the date secondary students signed up for in-person learning in those regions are scheduled to return to class.

Meanwhile, elementary students and secondary students in the seven northern Ontario public health unit regions, will return to in-person learning on Jan. 11 as planned, the province said in a news release.

"With the public health trends where they are across the province, our priority remains keeping students, teachers, school staff, and all Ontarians safe," Premier Doug Ford said in a statement.

"We have to get the numbers down and today's measures will help us continue to stop the spread of this deadly virus." 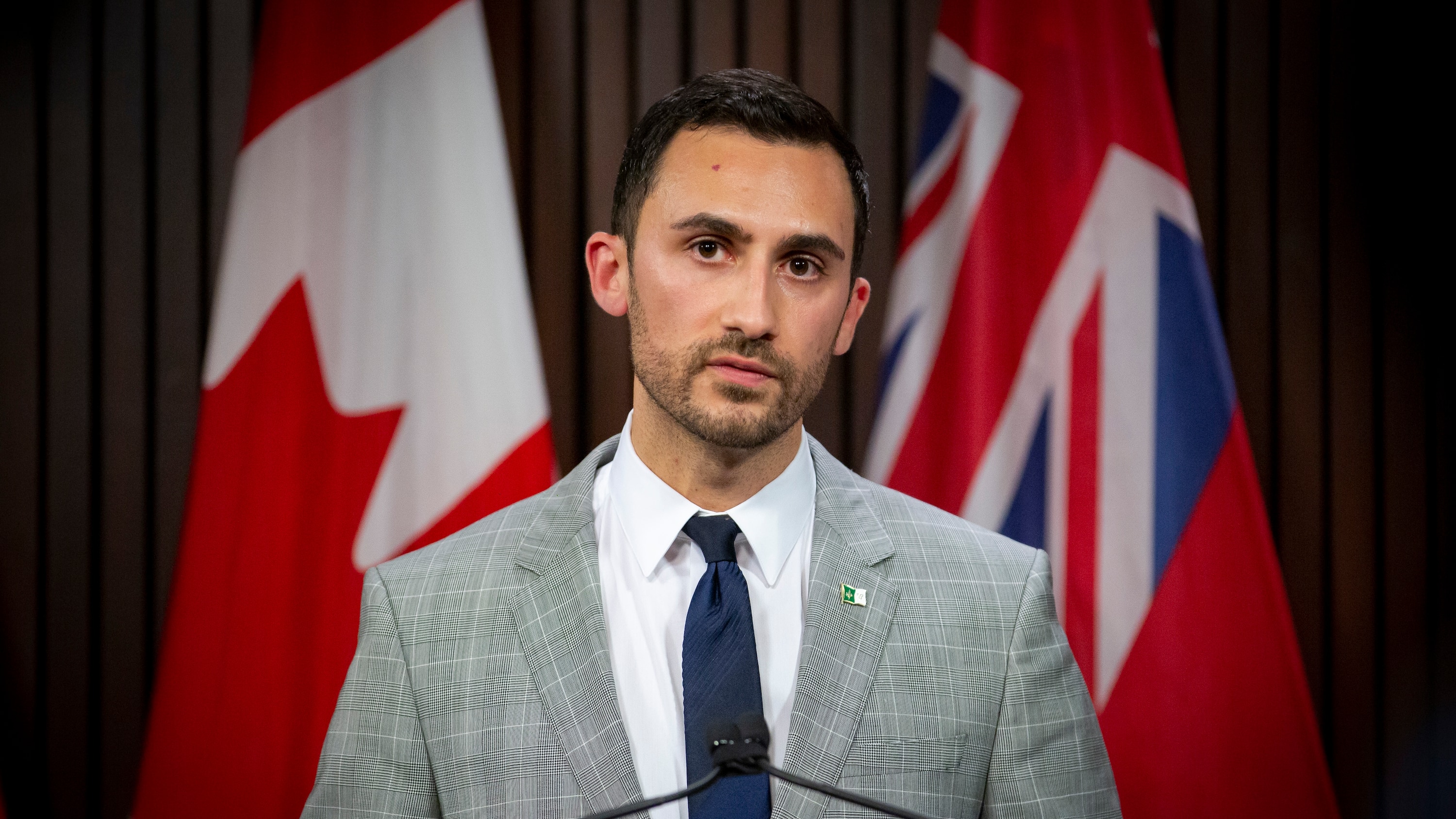 Many students were set to head back to class earlier in the month amid record-high COVID-19 numbers. Ford said earlier Thursday that one in five children under the age of 13 in Ontario who are being tested are now positive for COVID-19.

"That's not mentioning all the other kids that haven't been tested that might have a runny nose or a cough," he said.

Dr. David Williams, Ontario's chief medical officer of health, said Thursday that he made this recommendation with "much reluctance."

"I know this is a tough one. It's tough for everybody," he said.

But medical officers of health in the province have said this decision would be a better move instead of opening and closing schools back and forth, he said.

"We want the schools open, and we want them to stay open," said Williams, who noted schools were able to remain open all fall even though many — about 20 per cent — had a student or teacher with a confirmed COVID-19 case.

When asked why parents are only hearing about this change just a few days before students were set to head back to class on Monday, Williams gave a long response that largely didn't answer the question before saying he had hoped to "have some good message" instead.

In a statement, the Elementary Teachers' Federation of Ontario (ETFO) said the province has allowed the pandemic to surge out of control, which has resulted in "yet another last-minute decision" that leaves families and teachers struggling to plan.

"With COVID-19 numbers at an all-time high and the introduction of a new, more transmissible strain of the virus, our first priority must be to protect the health and safety of students and educators, and by extension, the communities in which we teach," said ETFO president Sam Hammond, in a statement. "Due to the government's mishandling of the pandemic, the safety of students and educators can simply not be guaranteed in much of the province."

The statement goes on to say that ETFO believes in-person instruction in Ontario's schools is the best option, and that shutting down schools puts extra pressure on people. Hammond said the province should take measures to ensure safe, in-person learning, such as reducing class sizes, improving ventilation, and broad, school-based asymptomatic testing.

The province says child-care centres and home-based child-care services will remain open during this closure. Provincial officials also say they are earmarking funds for personal protective equipment, improved ventilation, the hiring of new staff and the introduction of asymptomatic testing in schools across the province.

NDP education critic Marit Stiles similarly slammed the province's response to the pandemic, saying in a statement that Ford "had a chance to make schools safe to reopen in the coming days, but he chose not to invest in our children, or the safety of teachers and education workers."

Ontario moved into a provincewide shutdown nearly two weeks ago, and according to the provincial government, trends in key public health indicators have continued to worsen in that time frame. That includes "concerning" trends in health system capacity, and increasing transmission in many northern Ontario public health regions.

Ford said Thursday that before the holidays, Ontario was seeing positivity rates of around three per cent.

Data shared by the province Thursday shows that from Dec. 27 to Jan. 2, the positivity rate has increased most dramatically for kids aged four to 11, followed by those aged 12 to 13 and those aged 14 to 17.

Ontario's overall test positivity rate on Thursday is 6.1 per cent.

"I have and remain firmly committed to getting students back into class as soon as possible — there is nothing more important," Stephen Lecce, the education minister, said in a statement. "However, the best medical and scientific experts have been clear: while schools have been safe places for kids, the sharp rise in community transmission puts that progress and Ontario families at risk."

Even before the province's announcement Thursday afternoon, some regions of the province had already announced schools would close.

Windsor-Essex's top doctor said he planned to keep schools closed for a couple more weeks, even if the province hadn't. Officials also said schools in Guelph and area will be closed for in-person learning until at least Jan. 24.