During one of his official trade missions to the U.S., Premier Doug Ford met a top executive of 7-Eleven, a company that is now seeking permission to sell beer and wine in many of its Ontario locations.

During one of his official trade missions to the U.S., Premier Doug Ford met a top executive of 7-Eleven, a company that is now seeking permission to sell beer and wine in many of its Ontario locations.

CBC News learned of Ford's meeting at 7-Eleven's corporate headquarters in Irving, Tex. on Feb. 10, 2020 through a freedom of information request for the premier's appointment schedule.

Ford spent 24 hours in the Dallas area, following a three-day trip to Washington, D.C. for meetings with U.S. governors, as well as senior officials from Google and Ford Motor Co.

The 7-Eleven meeting was not mentioned in the provincial news release about the premier's Texas trip. A senior government official confirmed to CBC News that Ford met the company's chief operating officer, Chris Tanco.

Headlined "Premier Ford Works to Build on Ontario's Multi-Billion Dollar Trade Relationship with Texas," the news release mentioned all of Ford's other events on the trip: a meeting with corporate officials at Toyota's North American headquarters, a roundtable with the Texas-Canada Chamber of Commerce and a gathering with Canada's consul-general in Dallas.

"The purpose of the meeting was to discuss the potential expansion of 7-Eleven's footprint in Ontario, possibly leading to hundreds of more jobs across the province," Ford's director of media relations Ivana Yelich said in an email to CBC News Wednesday.

"Part of the discussion included the sale of beer and wine in convenience stores, which our government has long been committed to advancing in order to deliver more choice to Ontarians," Yelich added. 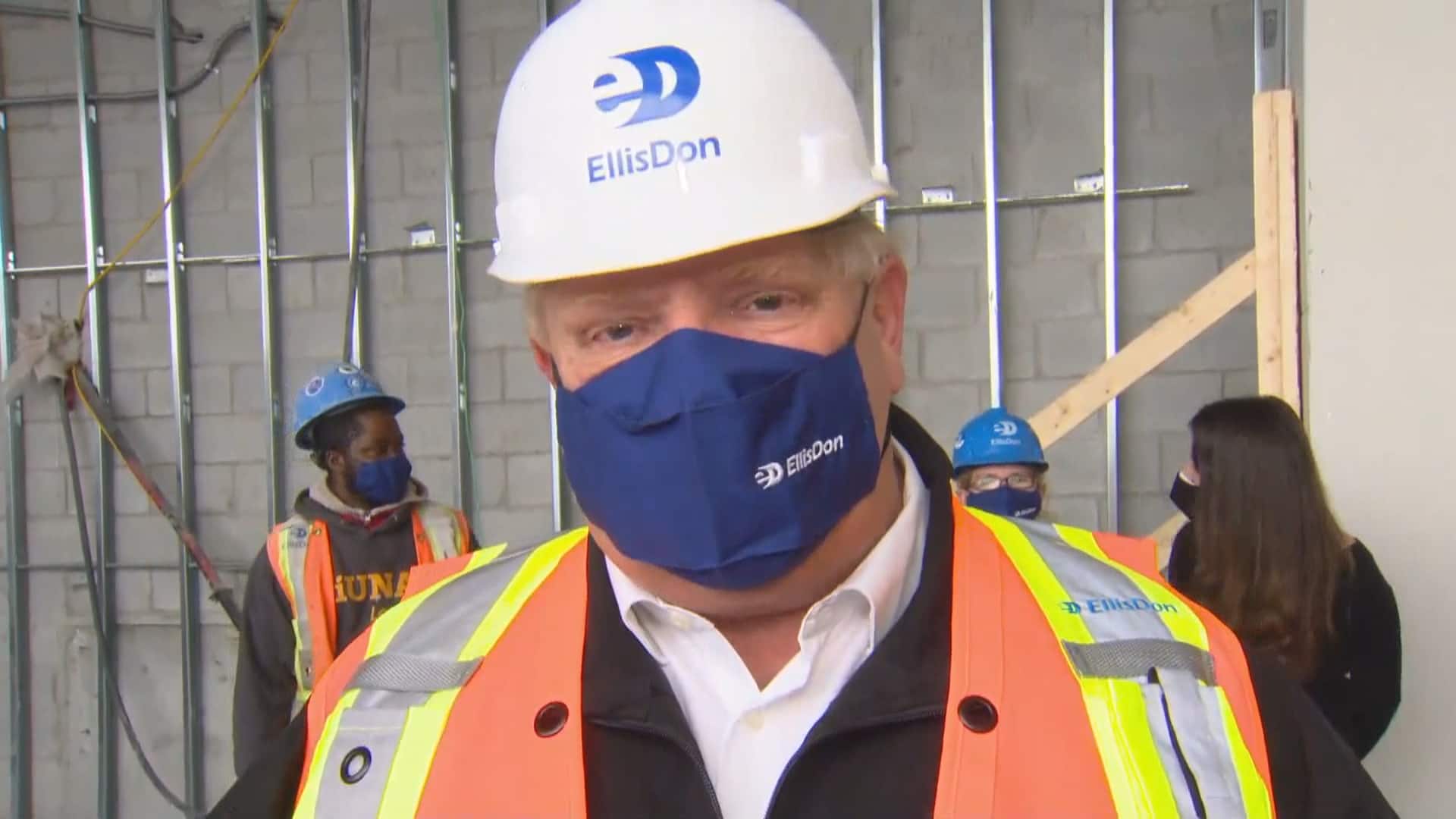 11 days ago
1:14
'I encourage 7-Eleven. Please come and expand here in Ontario. It's a great company,' said Premier Doug Ford. Currently, 7-Eleven is seeking licences to serve beer and wine at 61 of its Ontario locations. 1:14

In comments to a reporter on Thursday, Ford defended the meeting.

7-Eleven has applied to the Alcohol and Gaming Commission of Ontario (AGCO) for restaurant-type licences to serve beer and wine in 61 of its Ontario locations, stretching from Dryden To Windsor.

If the licences are granted, the alcohol would have to be sold with food and consumed in the store, in what the company describes as "designated consumption areas." Retail sales — such as buying a six-pack to take home — would not be permitted.

"Under the regulations of the Liquor Licence Act, given its business model, 7-Eleven would not be eligible to offer takeout and delivery of liquor with food orders, if a licence is granted," Yelich added in the email.

NDP Leader Andrea Horwath said Ford is "completely lacking in transparency" by not disclosing his meeting.

"It's shameful that Ford meets with these bigwigs of these multinational corporations and then comes in and gives the shaft to our local businesses," Horwath told reporters Thursday at Queen's Park.

For Eric Miller, an expert on Canada-U.S. Trade Relations, the meeting does not raise red flags.

"I could see the usefulness," said Miller, president of Rideau Potomac Strategy Group, in an interview Wednesday with CBC News. "I can think of other companies that would be much less of a priority in terms of how an Ontario premier would spend their time."

Miller said having good relations with 7-Eleven could help Ontario companies get their products for sale at the chain's 70,000 locations worldwide.

"If he truly had nothing to hide, why was this meeting not disclosed publicly, as all his other meetings were that day?" Hunter said in a statement. "This is just the latest example of Doug Ford paying lip service to Ontario's small business owners while looking to reward special interests behind closed doors."

The sale of beer from convenience stores is one of Ford's signature campaign promises.

However, the pledge is yet to be fulfilled, in large part because of a legal agreement between Ontario and The Beer Store. The contract stipulates limits on where beer can be sold, and if those limits are broken, the government faces compensating the big brewers who own The Beer Store to the tune of hundreds of millions of dollars, according to industry sources.

In May 2019, the government tabled the Bringing Choice and Fairness to the People Act, a bill that would terminate the beer contract without compensation. Although the legislation passed, cabinet has yet to bring its provisions into force.

The government has changed provincial policy so that licensed restaurants can sell alcohol with food for take-out and delivery. This was not permitted before the pandemic, and the change to the policy was made permanent in December.

Nineteen of the stores for which 7-Eleven is seeking a liquor licence are in Toronto. The company has also applied to serve beer and wine at multiple locations in such cities as Windsor, London, Waterloo, Hamilton and St. Catharines.

The AGCO is accepting public comment on the liquor licence applications until March 11.