Ontario Liberal party officials will meet this weekend to decide when they can hold a leadership convention to replace Premier Dalton McGuinty. 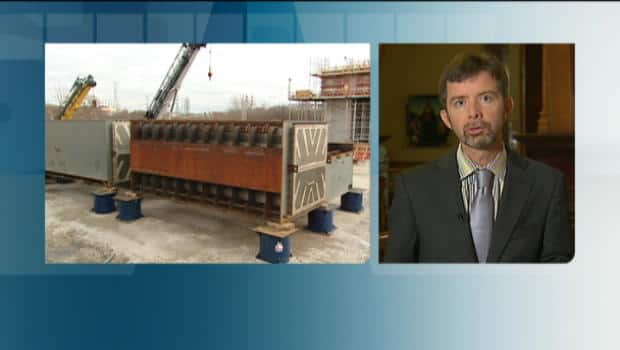 The Liberal party executive, including McGuinty, held a conference call Tuesday night in which the premier urged them to schedule a leadership vote as quickly as possible.

McGuinty surprised everyone Monday night, including his own caucus, when he suddenly announced he would be stepping down as premier and was proroguing the legislature until a new Liberal leader has been elected by party members.

The party's rules allow six months to hold a leadership convention, but the sources said the executive invoked what's known as an "electoral urgency" clause to shorten that time frame.

No one was saying Wednesday when the convention might be held, but observers predicted it won't be before late January, and is likely to be followed by a throne speech, budget and another prorogation to allow for a general election.

McGuinty spoke to the Liberal executive about the fact he had prorogued the legislature, which he said was to allow time for the government to negotiate with unions and the Progressive Conservatives on a public sector wage freeze, said one source.

Proroguing brings all legislative business to a standstill and kills planned committee hearings into cancelled power plants in Oakville and Mississauga and a rare contempt motion against Energy Minister Chris Bentley.

The opposition parties said McGuinty prorogued to avoid more bad publicity over the decision to cancel gas plants in Oakville and Mississauga, especially after a second batch of 20,000 documents was released Friday after the premier and his ministers had insisted all relevant documents had been released in September.

The second batch — 36,000 other documents were released Sept. 24 to comply with a Speaker's order — show the Liberals created a code name, Project Vapour, to hide their communications on the gas plants, said PC energy critic Vic Fedeli.

"Thirty-two Liberal MPPs including the premier, energy minister and several cabinet ministers said to us "you have all the documents"... fully knowing that we did not have any documents with Project Vapour," said Fedeli.

"This was a huge conspiracy to hide those documents."

The Ministry of Energy said it was "routine practice" to give commercial negotiations project names that are used by both officials and political staff.

McGuinty prorogued because he knew the opposition would use the documents released Friday to launch another round of attacks in question period, and a second contempt motion against the minority government for misleading the house, said PC critic Rob Leone.

"We want to help Ontarians find out the truth about what's happened, and part of this is going to be played out in the court of public opinion with respect to getting this legislature back to work," said Leone.

"You cannot run from the truth. We're asking the premier directly to reconvene the legislature so we can get to the bottom of this and fiscal challenges that face Ontario."

Both the PCs and New Democrats are fuming about prorogation, and said there's no reason for the legislature to sit dark for months while the Liberals pick a new leader.

The government said its decisions to cancel the power plants in Oakville and Mississauga cost taxpayers $230 million, but the opposition parties say it's triple that figure or even higher.

Meanwhile, Liberal sources confirmed Ottawa backbencher Yasir Naqvi, president of the Liberal party, recused himself from Tuesday's conference call on the leaderhship convention, but wouldn't confirm he intends to run for leader.

McGuinty told his ministers Tuesday that they have to step down from cabinet if they want to run, and two of them said Wednesday they have no qualms about having to resign their posts if they decide to run for the leadership.

Housing Minister Kathleen Wynne and Health Minister Deb Matthews agreed McGuinty's edict makes "perfect sense," because they can't campaign for leader while being a minister of the Crown, but both remained coy about whether they'll throw their hat in the ring.

John Wilkinson, the former environment minister who lost his seat in last year's election, has also been mentioned as a possible candidate, as have former ministers George Smitherman and Sandra Pupatello.

None has come out to say they'll run to succeed McGuinty, but Duncan made it clear Tuesday he was considering a run for the premier's job.