After hospitals across Ontario cancelled or postponed thousands of elective surgeries to free up space amid the COVID-19 pandemic, officials are now facing a new challenge: Tackling a massive backlog of surgical procedures while anxious patients remain in limbo.

After hospitals across Ontario cancelled or postponed thousands of elective surgeries to free up space amid the COVID-19 pandemic, officials are now facing a new challenge: Tackling a massive backlog of surgical procedures while anxious patients remain in limbo.

As CBC News previously reported, an estimated 100,000 or so patients across Canada — including many in Ontario — had their surgeries delayed earlier this year.

While those procedures are now resuming, some warn it could take months, or even several years, to clear the backlog ranging from cataract to cancer surgeries.

"Some people's health declines while they're waiting."

That was the situation for Janina Lebon, whose vision started getting blurry last year. That summer, she learned she had cataracts, and was slowly losing her ability to do basic activities like read or drive.

The 75-year-old resident of Hamilton, Ont. was slotted in for a first eye surgery in March, with the procedure for her second eye booked for April. Then, amid the pandemic, both were pushed back for months.

"Mine is an eye problem, but if you've got cancer, or like my neighbour up the street who needed a knee replacement — we want it done. We don't like waiting," she said.

Lebon finally had her first operation at the end of June, meaning she waited roughly a year for the procedure, and is still waiting for her second surgery in August.

According to Western University researcher Janet Martin, many Canadians could be waiting far longer than that, given the high number of postponed procedures.

"It would take a long time — years — to catch up on that backlog," she warned.

Early on in the pandemic, Martin worked with the global CovidSurg Collaborative research team to figure out the long-term impact of the pandemic on surgeries.

The team estimated that more than 28 million elective surgeries worldwide could be cancelled or postponed in 2020, based on a 12-week period of peak disruption to hospital services due to COVID-19 — including potentially hundreds of thousands of procedures in Canada.

In Ontario, the backlog is already causing longer waits for various surgical procedures.

The latest province-wide wait-time data, provided in response to a request from CBC News, shows significant increases in the amount of time patients waited for surgery in June 2020 compared to the same month last year.

The number of days until a surgery was typically completed increased by 50 days for general surgeries, for instance, and by 40 days for cancer surgeries.

The data period follows the stretch from March to May, where the focus was on performing only emergency surgeries while elective procedures were sidelined.

According to research from the CovidSurg Collaborative, if the number of surgeries performed each week is increased by 20 per cent compared to pre-pandemic activity, it could take close to a year to clear that backlog.

Hitting that kind of ambitious target would be challenging, said Martin, who is also a professor of anesthesia and perioperative medicine at the Schulich School of Medicine & Dentistry.

"In Canada, we're already working at or beyond capacity in many ways," she said.

That means hospital officials may have to be creative and beef up staffing to handle the load.

At Trillium Health Partners, which operates three GTA hospital sites  — Credit Valley Hospital, Mississauga Hospital and the Queensway Health Centre in Etobicoke — the organization's CEO, Michelle DiEmanuele, said plans are in motion to do just that.

"That could involve working on weekends, adding an extra hour shift to a surgical block of time. It could mean sharing hospital capacity among our hospital system," she said in response to a question from CBC News on Tuesday. 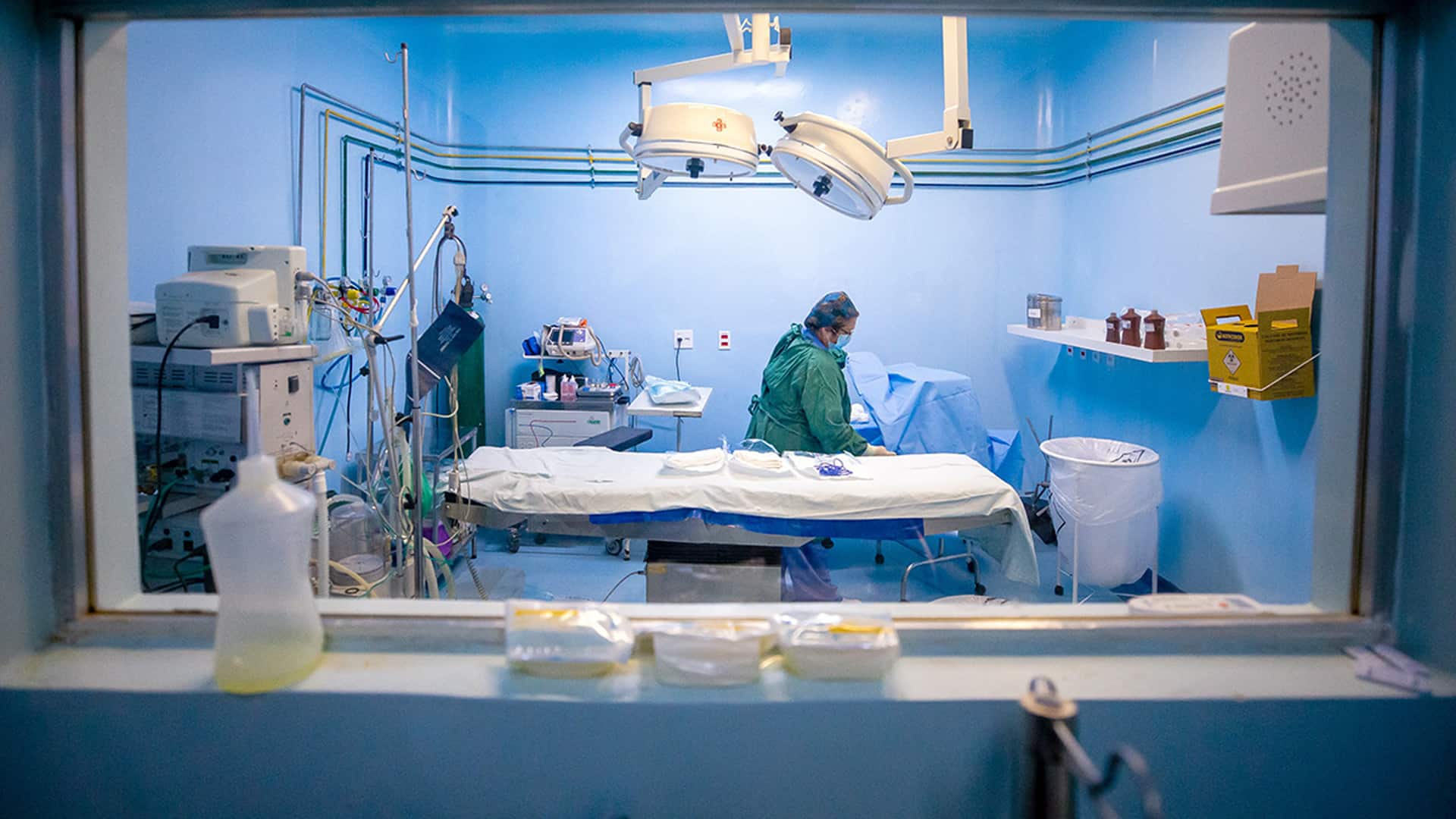 The complications of resuming surgeries during pandemic

4 months ago
2:03
Many provinces are starting to resume non-emergency surgeries delayed because of the COVID-19 pandemic, but it’s a complicated balance of trying to clear the backlogs and keeping patients safe. 2:03

On a broader level, Premier Doug Ford vowed to ensure hospitals have the resources to get the backlog "cleaned up as quickly as possible."

"This won't be easy," added DiEmanuele. "This will take a team approach, a system approach, and innovation in health care."

Despite the ongoing challenges, and the frustration and fear felt by anxious patients, Martin said the initial cancellations were the right approach, as her team's research throughout the pandemic recently found COVID-positive patients undergoing surgery face disproportionately high mortality rates.

"Surgery plus COVID is a very, very fragile situation," she said.