Some of Ontario's biggest hospitals are filled beyond capacity nearly every day, new data reveals

Overcrowding has become so common in Ontario hospitals that patient beds are routinely placed in hallways and conference rooms, research by CBC News reveals.

Overcrowding has become so common in Ontario hospitals that patient beds are now placed in hallways and conference rooms not only at times of peak demand, but routinely day after day, research by CBC News reveals.

New data obtained through a freedom of information request show the widespread extent of the province's "hallway medicine" problem, something that Premier Doug Ford has promised to end.

An exclusive analysis of the data by CBC News shows that hospital gridlock — a phenomenon that used to be restricted to surges in patients during flu season — is the new normal.

Some of Ontario's biggest hospitals were filled beyond 100 per cent occupancy nearly every day in the first half of last year.

Five hospitals in the Greater Toronto Area, as well as the main hospital in Hamilton, Sudbury, Peterborough and Niagara Falls all spent more than 160 days over their funded capacity during the 181-day period from January through June 2019.

CBC News analyzed data for all 169 acute care hospital sites in the province during this six-month time frame. Some of the key findings:

An expert on hospital administration calls the figures "astonishing" and says they demonstrate that overcrowding is now a widespread phenomenon around Ontario.

"These are really big numbers," said Donald Redelmeier, a professor of medicine at University of Toronto. He said the data show the hallway medicine problem is neither occasional nor restricted to a few hospitals.

Redelmeier said such chronic overcapacity makes the hospital experience extremely dissatisfying for patients, it means non-emergency surgeries get postponed, and it means when there's a surge of new patients, there's nowhere to relieve the congestion.

"You ought not to be striving for 100 per cent capacity because it doesn't leave you any reserve for when things get tough," said Redelmeier, who is also an internal medicine specialist at Sunnybrook Hospital.

"We've got warning signs going off all over the province and the situation just isn't viable," said Anthony Dale, chief executive of the Ontario Hospital Association.

WATCH: Overcrowding affects patients from the moment they enter ER 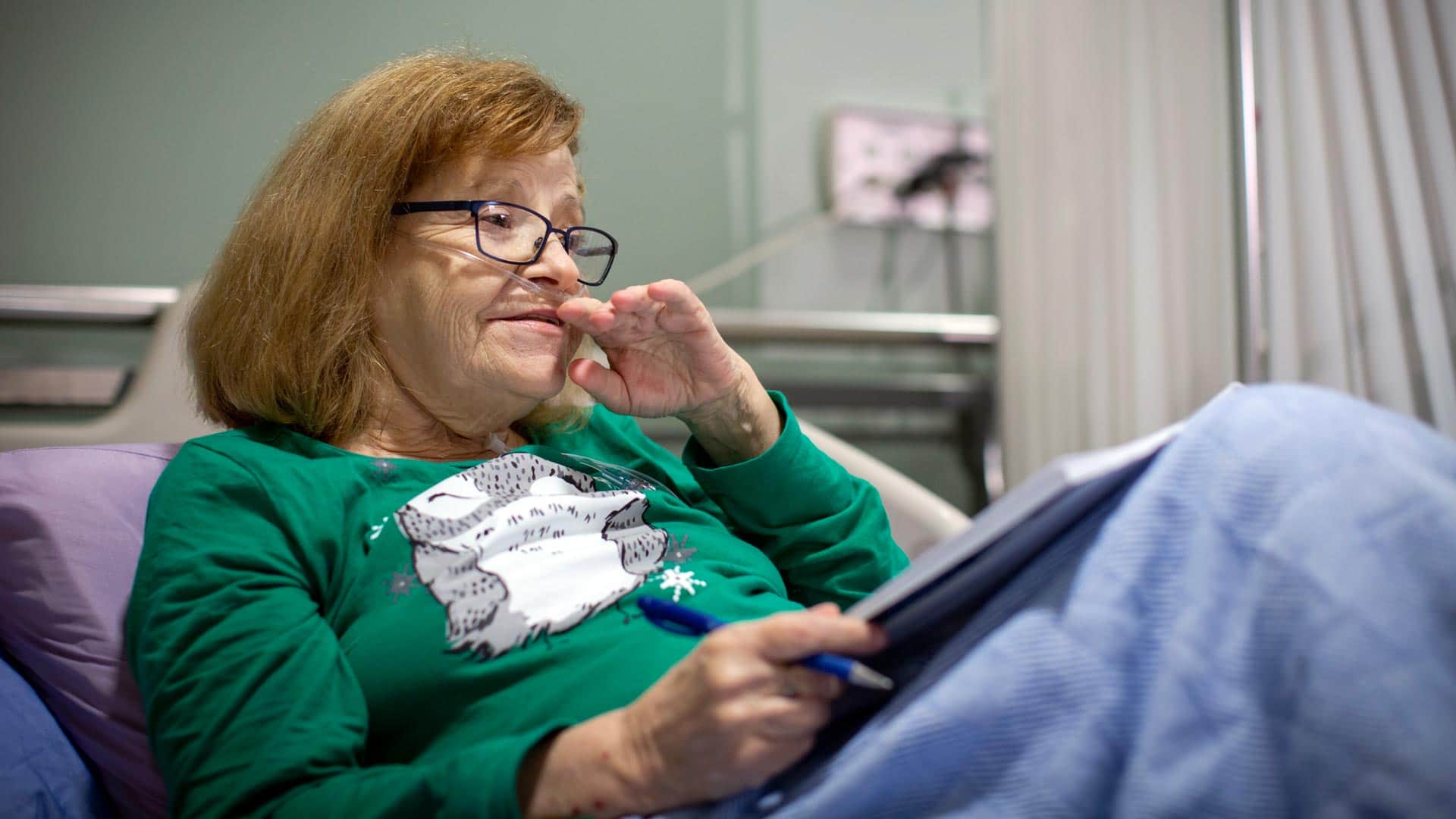 1 year ago
2:14
New data obtained by CBC News shows that hallway medicine is becoming the norm at many Ontario hospitals because of overcrowding. 2:14

"All across the province you have hospitals at extremely high levels of occupancy," said Dale in an interview with CBC News. "What we're seeing is that it's no longer just during the flu season but it's all year round."

The chronic nature of the overcrowding "is simply not sustainable, not for patients, not for people who work in hospitals," Dale said

The acute care hospital site that was the most frequently filled beyond capacity was Mackenzie Health's 333-bed Richmond Hill Hospital. Its acute care wards were overcapacity on all but two days in this six-month period.

A tour of its emergency room in the early afternoon of a recent weekday — typically a time of lower ER volumes as compared to evenings and weekends — revealed around a dozen patients on stretchers in the corridors or placed alongside the nursing station desk. The situation has become so entrenched that signs are posted assigning hallway spots an official bed number.

"For our staff who work in this environment, they would describe it as constantly working under crisis," said Mary-Agnes Wilson, executive vice-president and chief operating officer of Mackenzie Health, which runs Richmond Hill Hospital.

Richmond Hill provides an example of how the ripple effect of overcapacity in acute care wards is felt in the emergency department.

Even after being admitted, a patient typically spends hours stuck in the ER waiting for a ward bed to open up. Over the past year, the average patient admitted to an Ontario hospital spent more than 16 hours in the ER before getting a ward bed, according to provincial data.

At the Greater Niagara General Hospital in Niagara Falls, the average admitted patient waited 46 hours in the ER before getting a bed on a ward in November, the most recent month for which statistics are available.

Although the occupancy data analyzed by CBC News comes from the first half of 2019, there's little if any indication the situation has improved since then.

Niagara Health says the overcapacity problem across its three acute care hospital sites did not improve in the second half of 2019, averaging 104 per cent during both six-month periods last year.

"We try to fill every nook and cranny because the risk of having 40 or 50 admitted patients standing in our emergency department is even greater than filling those spaces," said Krystal. "When emergency gets backed up, they start to get worried that they can't assess people quickly enough to make sure that they can stay safe."

Figures provided by the Ministry of Health suggest a five to six per cent drop in the use of unconventional spaces province-wide over the past year.

"It was increasing steadily year over year but we have managed to halt that," said Health Minister Christine Elliott.

That still means nearly 1,000 Ontario patients are being housed in hallways, lunch rooms and auditoriums every day. Elliott admitted it will take "several years" to achieve Ford's promise of ending hallway health care.

"This isn't a problem that grew up overnight, it has been building up over a number of years," Elliott said in an interview Tuesday. "There's no simple solution to change it, there's a lot of action that needs to be taken and we are doing that." 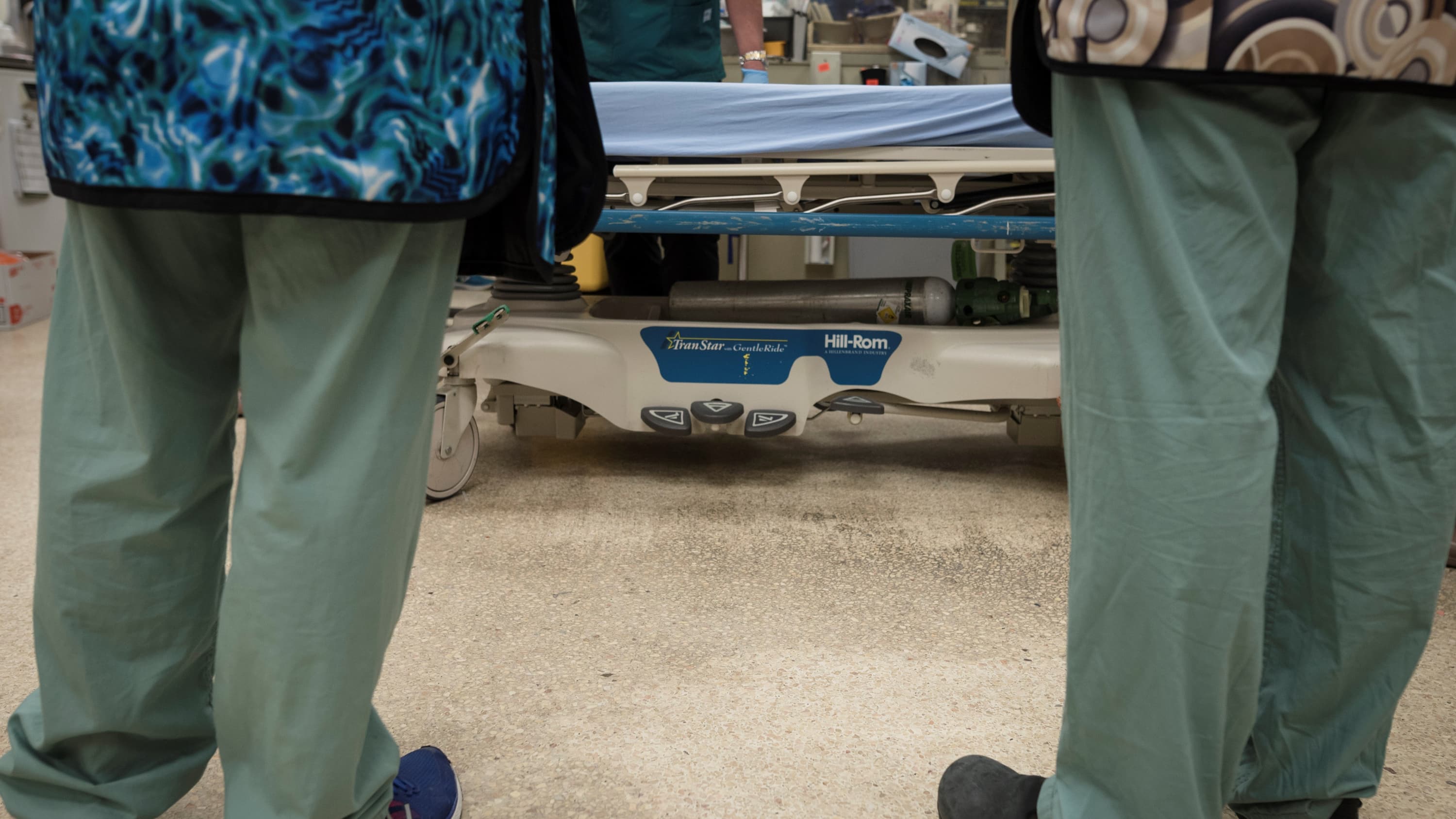 But shortages of care available outside the hospital system are also crucial factors in the overcrowding.

On any day, one out of six hospital beds is occupied by a patient who doesn't need to be in hospital, but cannot be safely discharged home. This is a long-running phenomenon in health systems across Canada known as "alternate level of care" (ALC). Lengthy waits for long-term care spaces are the chief cause, but a lack of available home care and other forms of continuing care also contributes.

While the number of ALC patients in Ontario hospitals hovered between 3,500 and 4,000 for the first half of the 2010s, it grew over the past five years, exceeding 5,300 in September 2019, according to figures from the Ontario Hospital Association.

This means creating new hospital beds is not necessarily a better solution than freeing up the beds occupied by patients who ought to be elsewhere.

Some of the most obvious solutions to the problem won't happen quickly or without a major outlay of public money. One  top priority is expanding the number of long-term care facilities to meet the demands of a senior population that is growing in number and in the complexity of its needs.

The Ford government is embarking on a long-term reform of the health system that includes reorganizing how funding is provided. The aim is to shift those hospital patients who don't need to be there into care elsewhere.

The reform is centred on teams that bring together hospitals, home-care agencies and long-term care facilities in geographic areas. Each team will receive a combined pot of funding to provide the range of health services its population needs.

Hospitals are taking their own steps to try to reduce patient demand.

For people with chronic conditions such as congestive heart failure, Niagara Health has focused on developing programs to support the patients at home after discharge. "This has already shown great reductions in emergency department visits, hospital readmissions and days spent in hospital," said Derek McNally, Niagara Health's executive vice-president of clinical services and chief nursing executive.

"We know that there's a lot more work that we need to do," said Elliott. "It's like taking an ocean liner and turning it around. it doesn't happen on a dime."