"There is no care without staffing. You need the staff to provide the care. That's the bottom line," Mehra said.

"At this point, the levels have dropped to the lowest that anyone in the sector has ever seen. It's an emergency. Immediately, we need emergency intervention."

Mehra said staff could be drawn from the ranks of primary care and community care workers, retired nurses, paramedics and members of the military. She said it needs to be "all hands on deck" and the province should follow the lead of Quebec in launching a recruitment strategy.

"The military needs to be brought in," she said. "There is no way out of this. Vaccine or not, the staffing has crumbled in the homes and they need to get staff in there to provide care. It needs to happen immediately."

Her comments came after Ontario Premier Doug Ford declared a second state of emergency and issued a provincial stay-at-home order that starts on Thursday.

New modelling presented on Tuesday before the announcement of new provincial restrictions shows that nearly 40 per cent of long-term care facilities, or 252 homes, have active COVID-19 outbreaks.

Ford and his ministers announced no new changes specifically for long-term care at their news conference.

WATCH | CBC's Lorenda Reddekopp reports on projections for long-term care and reaction to the premier's announcement on Tuesday: 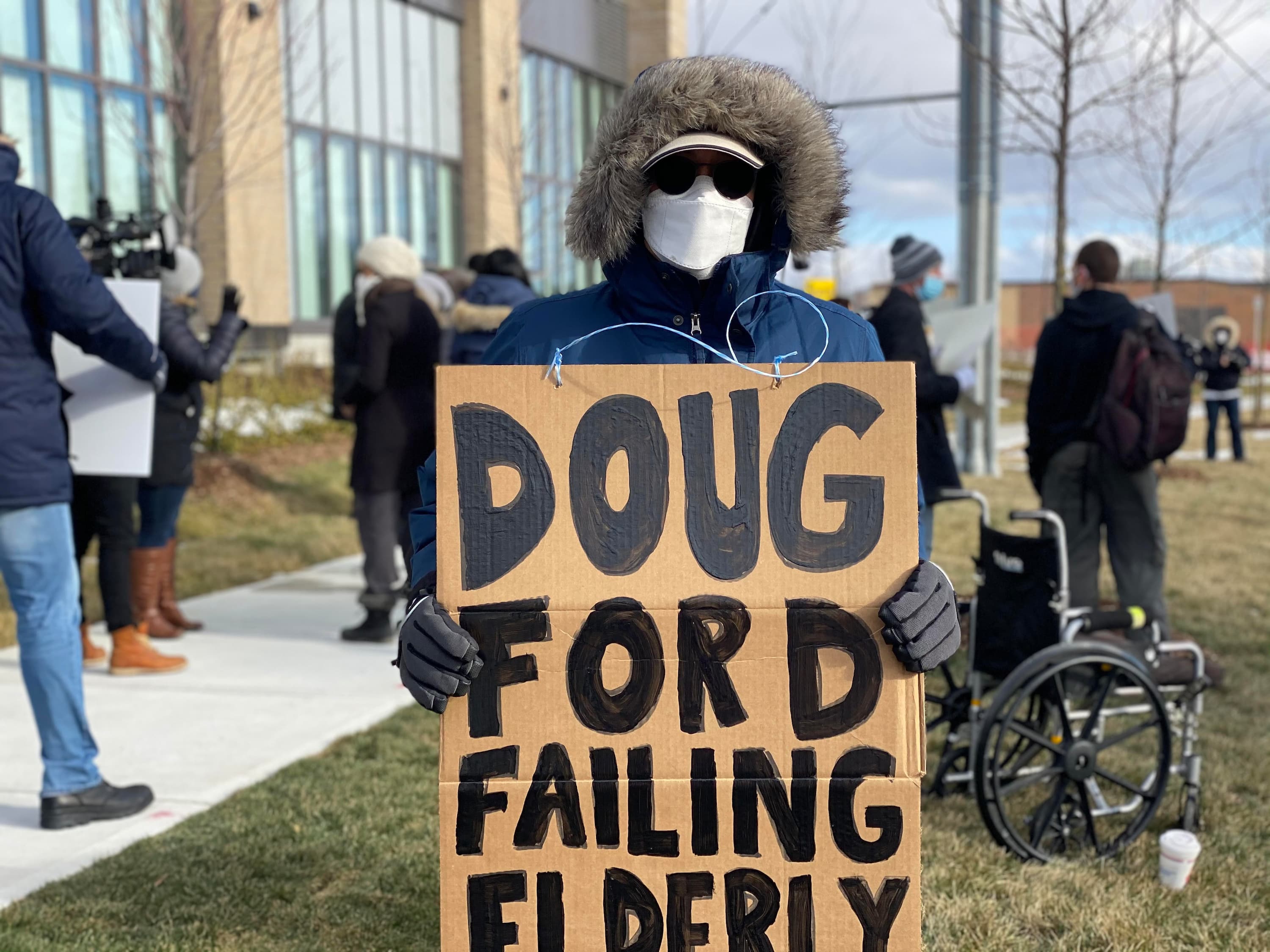 4 days agoVideo
2:28
New projections released on Tuesday paint a horrifying picture of the future for long-term care. Yet the measures announced by the province don't make any changes for that sector. CBC's Lorenda Reddekopp reports. 2:28

Windsor-Essex has told the province that it has completed vaccinations of all of its long-term care residents, while the City of Toronto has said it will have done so by Jan. 18, she said. Peel and York Regions are also on track, she added.

Mehra disputed the minister's claim, saying there is no "iron ring" around long-term care homes in Ontario.

"It's mythical. It does not exist," she said.

"Even some of the workers who are working directly with the COVID-positive residents have surgical masks and face shields, that's it," she said.

She said she was "pretty shocked" by the lack of action announced by the premier on Tuesday.

"The lack of new measures by this premier is absolutely horrifying," Horwath said. "Ontarians are going to pay the price."

Horwath said the measures announced aren't dramatically different than what the government has already been asking people to do for weeks.

"This is an absolutely inadequate response that completely lacks urgency that the circumstances demand," she said.

With files from Lorenda Reddekopp and The Canadian Press