A strike outside the Ontario Food Terminal is holding up traffic on the eastbound lanes of The Queensway in Etobicoke this morning. 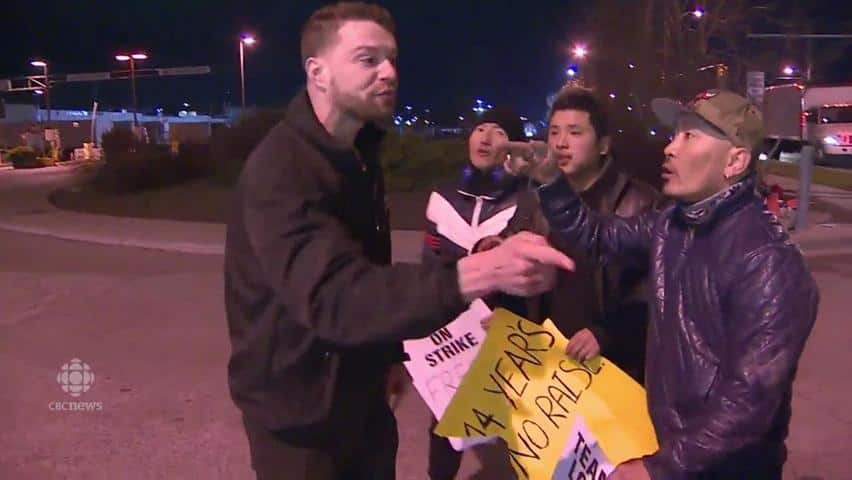 A strike outside the Ontario Food Terminal is holding up traffic on the eastbound lanes of The Queensway in Etobicoke this morning.

Employees of Fresh Taste Produce, which supplies produce to retailers such Metro and Sobey's, formed a small picket line outside the terminal shortly after midnight. The union representing the workers, Teamsters Local 419, said the workers have just joined the union but have yet to reach a first contract.

"Their wages are far below what we believe is an industry standard here. We've got about 300 members at the terminal and these guys are far below that."

According to Dean, most of the details of the contract have been hammered out, "but we've reached an impasse on the monetary issues."

According to a notice from the Ontario Food Terminal Board to tenants and buyers, a "picket protocol" will allow the terminal to operate "with minimum disruptions to the users of the facility."

The notice sets out how often cars will be let into the entrances. The protocol allows for a line of cars to reach 150 feet past the corner of Parklawn Road and the Queensway before cars can be allowed into the terminal.

Toronto police tweeted early this morning that commuters should expect traffic delays in the area.

Strike near The Queensway east of Parklawn Rd, officers O/S indicate traffic is delayed in the area <a href="https://twitter.com/TPS22Div">@TPS22Div</a> ^ma