The Ford government revealed significant changes to Ontario's education system on Friday, including increased intermediate and high school class sizes, new elementary math and sex-ed curricula and a province-wide ban on cellphones in the classroom.

The Ford government revealed significant changes to Ontario's education system on Friday, including increased intermediate and high school class sizes, new elementary math and sex-ed curricula and a province-wide ban on cellphones in the classroom.

"Our plan will modernize the classroom, protect the future of the education system and ensure that Ontario students will acquire the skills they need to build successful lives, families and businesses right here in Ontario," said Education Minister Lisa Thompson.

Thompson announced the reforms at a morning news conference at the Ontario Science Centre in Toronto. The changes come after a months-long consultation process that, according to the government, obtained feedback from 72,000 different stakeholders, including educators, parents and unions.

The average class size requirement for secondary Grades 9 to 12 will be adjusted to 28, up from the current average of 22.

The increase would align Ontario "more closely to other jurisdictions across Canada," the government said in a news release.

Ontario high schools currently have one of the lowest student-to-teacher ratios in the country, Thompson added, and the change will be phased in over four years.

"Not one teacher — not one — will lose their job because of our class size strategy," Thompson told reporters, though she would not say whether the province would rely on attrition to cut costs.

Thompson also spoke about the changes on CBC's Power & Politics. You can watch that interview below: 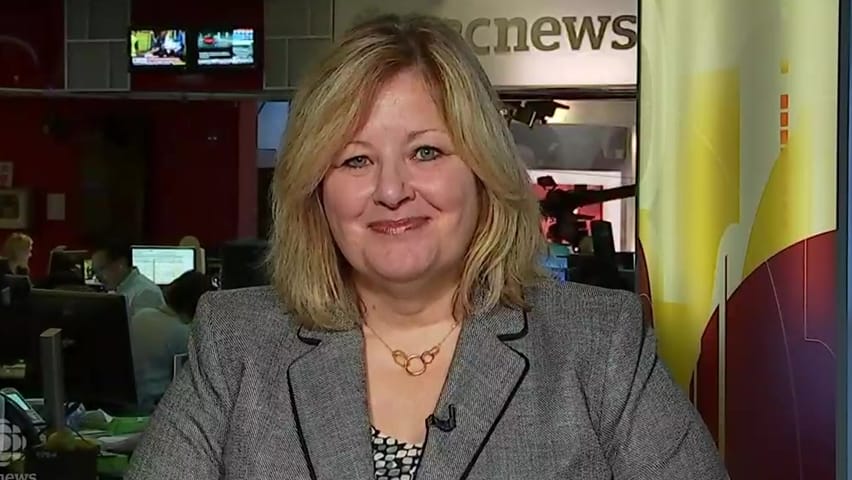 Harvey Bischof, president of the Ontario Secondary School Teachers' Federation, bluntly disagreed with that assessment. According to him, the move will directly affect some 5,500, or about 20 per cent, of high school teachers in publicly funded systems province-wide, and about 3,600 OSSTF members.

"It's a sledgehammer blow to the education system in Ontario," Bischof said. "There is going to be a massive resistance."

Class size projections for high school grades are negotiated at the local level, and the government's changes ensure that there will be an "absolute impasse at bargaining tables," he said.

"They've set up an inevitable conflict in terms of negotiating collective agreements next round," Bischof said. "We're not going to back down on these class size projections that protect the quality of education for students."

He added that the ministry of education has refused to provide the OSSTF with definitive estimates of how many teachers will ultimately be impacted.

Meanwhile, the average class size for intermediate Grades 4 to 8 will increase to 24.5, up slightly from 23.84.

The Ontario English Catholic Teachers Association says the change will "result in the loss of approximately 5,000 teaching positions in Catholic schools."

"This means many schools will not be able to offer the same number and diversity of programs as they do today. Furthermore, some class sizes, including those in core subjects such as math, are likely to grow to more than 40 students," the OECTA said in a news release.

The government committed to maintaining the current caps on class sizes for kindergarten and primary grades at 29 and 23, respectively.

Changes to class sizes will be implemented over a period of four years, Thompson said.

The revised curriculum will replace an interim teaching plan based on 1998 materials that were put in place last year after the Progressive Conservatives repealed a 2015 curriculum from the previous Liberal government.

The province previously held an online consultation on the issue and an overwhelming majority of those who weighed in through that forum in the first day opposed the decision to scrap the 2015 curriculum.

The province says parents will still be able to opt out of having their kids exposed to certain topics in the sex-ed class, and the ministry will issue online modules for those who want guidance on discussing those topics at home.

Thompson provided few details on how the government will ensure that children are learning certain topics if their parents opt-out of classroom lessons.

The "core focus," however, will be on "protecting students physically, socially and emotionally," Thompson told reporters.

The full curriculum is expected to be released in May and implemented in September.

'Back to basics' on math

Further, Ontario's new math curriculum will focus on "fundamentals," Thompson said, with a strong element of financial literacy. It too will be phased in over four years.

So-called "discovery math," introduced by the previous Liberal government, will no longer be used by teachers as a teaching method.

Ontario high schools will also receive a revised curriculum on First Nations, Métis and Inuit studies, which the province said was developed in collaboration with Indigenous partners.

The government will also ban cellphones in classrooms during instructional time, starting next year, except for when teachers want to use cellphones as part of their lesson, for medical reasons and for students with special needs.

As part of its wider reforms, the government also plans to review hiring practices at school boards across the province. It says that current processes place too much emphasis on "seniority, rather than specific skills or previous performance, as the most important criteria in hiring."

The ministry says that "teacher mobility" was a common concern relayed during consultations it held in January. The government wants to increase transparency around hiring, and give boards and principals the authority to "hire teachers based on merit and fit for the role."

With files from Nick Boisvert and The Canadian Press