The Ford government approved a closed-door deal last September to sell provincially-owned land in Toronto that’s at the centre of a dispute over heritage value, CBC News has learned.

The Ford government approved a closed-door deal last September to sell provincially-owned land in Toronto that's at the centre of a dispute over heritage value, CBC News has learned.

The government is refusing to disclose the identity of the prospective buyer or the purchase price for the Dominion Wheel and Foundries property on Eastern Avenue in the West Don Lands.

The heritage-listed property was in the spotlight in January when a demolition crew hired by the province began work at the site. A temporary injunction has halted the demolition, pending a hearing scheduled for Friday in Ontario Divisional court. The City of Toronto was an interested party to the application to the court by the St. Lawrence Neighbourhood Association.

The existence of an agreement to sell the property has not been previously reported and there is no record of an open call for bids on the land.

A heritage impact assessment document prepared in October by Infrastructure Ontario, submitted as part of the court case, reveals that the province already has a deal with an undisclosed buyer to purchase the land.

"On September 22, 2020, Treasury Board approved entering into an Agreement of Purchase and Sale with the Purchaser, negotiated over the last several months by Infrastructure Ontario and the Provincial Land and Development Facilitator, an office of the Ministry of Municipal Affairs and Housing," the document reads.

"The government approved a negotiating mandate that would facilitate the future sale of the site, however the site has not been sold," said Clark's director of communications, Adam Wilson, in a statement. 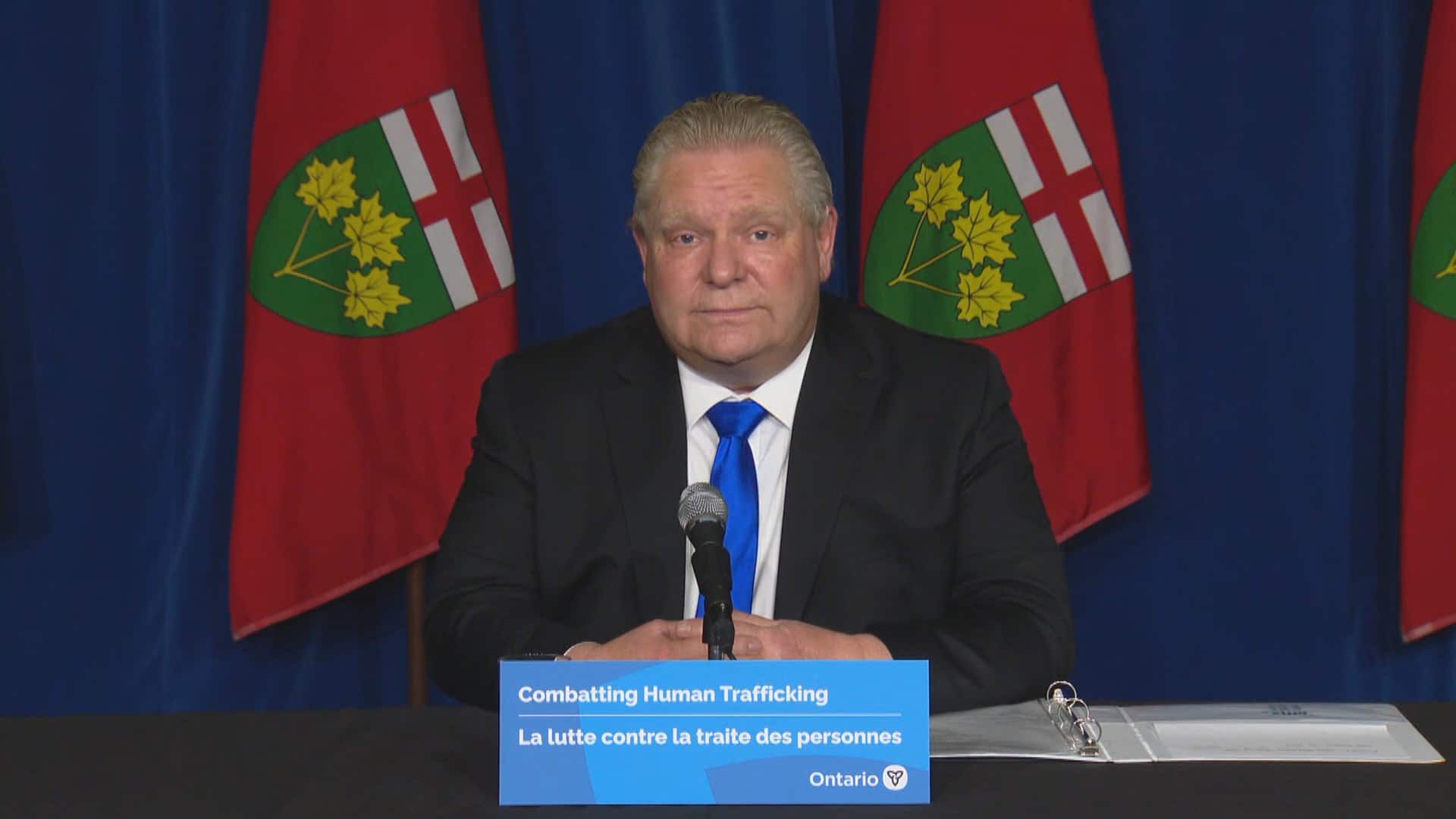 9 days ago
1:53
Asked Monday by CBC Queen’s Park reporter Mike Crawley why the Ontario government didn’t put out a public call for developing provincially-owned land in Toronto that's at the centre of a dispute over heritage value, Premier Doug Ford said he “can’t disclose all the details of the deal” since it hasn’t yet been officially signed. 1:53

Wilson did not answer direct questions about the identity of the "purchaser" described in the document, the price for the property or the reason the government did not seek bids on the open market to develop the land.

He did not deny that the province has approved entering into an agreement of purchase and sale.

Opposition politicians and the neighbourhood group lobbying to preserve the buildings are outraged to learn that an agreement had been reached months ago.

Cynthia Wilkey, a,member of the group Friends of the Foundry said she was shocked and horrified.

"It's just unbelievable that there would be a quiet, secret, behind-closed-doors decision to sell a very important piece of public property," said Wilkey in an interview.

"It's stunningly and flagrantly at odds with our expectation of integrity in the disposition of public land."

Wilkey said all other development projects on public lands in the neighbourhood have gone through open, competitive bidding processes.

"Doug Ford needs to come clean now and tell Ontarians who ​got the sweetheart deal to demolish a historic landmark," Morrison said in a statement.

Stephen Blais, the Liberal Party critic for Municipal Affairs and Housing, called on the government to release all details of the deal.

"Doug Ford's decision to use the cover of a pandemic to ram through a secret deal to sell and demolish Toronto's Dominion Foundries is a completely unacceptable abuse of power," Blais said in a statement.

Officials with the Ford government say the province intends to leverage the property for badly needed affordable housing and community space.

Clark issued this ministerial zoning order (MZO) on the property in October to pave the way for a building project, but the province did not indicate that any deal had been reached to develop the property.

Earlier this month, after the injunction was granted, the government launched online public consultations about the site, to be completed March 4

The existence of an agreement to sell and the "several months" of negotiations with the buyer caught the eye of Toronto's chief planner, Gregg Lintern.

"It appears that the province intended to sell these properties for some time now," Lintern said in a Jan. 24 letter to an assistant deputy minister responsible for housing, a copy of which was obtained by CBC News.

Lintern questioned why the province's heritage impact assessment was completed after the negotiations with the purchaser, and after Treasury Board gave the go-ahead for the deal to sell.

"The city is left to conclude that the demolition of the buildings may have already been predetermined, Lintern wrote.

Unlike previous sales of provincial property for affordable housing, the government did not put out an open-market call for proposals to develop the Dominion Foundries site.

The process contrasts with how the previous Liberal government dealt with the sale of provincially-owned lands in and around Toronto.

In 2017, the Wynne government launched its Provincial Affordable Housing Lands Program to create a mix of market-priced and affordable housing on surplus government properties. The province sought proposals from developers through the open market for two parcels, including one in the same neighbourhood as the Dominion Foundries property.

That deal saw a 99-year lease awarded to the Dream, Kilmer and Tricon partnership to develop nearly 1,500 rental units on vacant provincial property in the West Don Lands.

Another parcel of less than an acre just off Bay Street, combining the properties at 26 Grenville St. and 27 Grosvenor St., was sold for $36 million to Greenwin Corp & Choice Properties REIT, to develop 700 rental units on the site.

In both projects, 30 per cent of the units are designated to be rented at below-market rates.

The Liberal government offered other prime properties for sale with the aim of maximizing provincial revenue, with the proceeds earmarked for new infrastructure projects.

For the 11-acre LCBO headquarters site along Lake Shore Boulevard, the government put out an open call for proposals and eventually announced a $260-million sale to Menkes Developments, in 2016.

In December 2018, the newly elected PC government shifted Ontario's approach to selling provincial land, announcing a plan to accelerate sales. The government pitched the change as "a more efficient process" for selling surplus government properties. Maximizing the proceeds was no longer named as a prime objective.

The Ford government estimated that selling 243 surplus provincial properties totalling 14,600 acres would generate up to $135 million in net revenue, half what the previous government earned from the sale of the LCBO property alone.