The province has seen an upswing in its infection numbers since mid-August, largely in three public health units: Toronto, Peel and Ottawa.

Province reported 401 cases Friday, two-thirds of which are among those under 40

Greater restrictions around social gatherings could be coming to more Ontario regions, while walk-in COVID-19 pharmacy testing could be in place as early as next week, Premier Doug Ford says.

"We have the pharmacies coming onboard and ramping up. Hopefully by this time next week, we'll have numerous pharmacies out there, helping out the system," Ford said Friday, specifically thanking Loblaws, Shoppers Drug Mart and Rexall.

"You'll be able to walk into a pharmacy and get a test," he said, adding the pharmacy option is specifically meant for people without symptoms of the novel coronavirus. Those with symptoms will still need to visit the province's traditional testing sites for an assessment.

Ford made the comments at a news conference alongside the premiers of Quebec, Manitoba and Alberta, who issued a joint call to the federal government to boost federal health transfers, saying need has grown increasingly over the decades, and is all the more urgent amid the COVID-19 pandemic.

Ford, along with Quebec's Francois Legault, Alberta's Jason Kenney, and Manitoba's Brian Pallister, called on Ottawa to increase its funding for health services in the provinces and territories from $42 billion per year to $70 billion per year, with an additional demand to cover 35 per cent of health-care costs going forward.

"It's not a knock against one particular political stripe or government," said Ford. "We're in desperate need of your support."

WATCH | Ford calls on the federal government to increase health care transfers to the provinces: 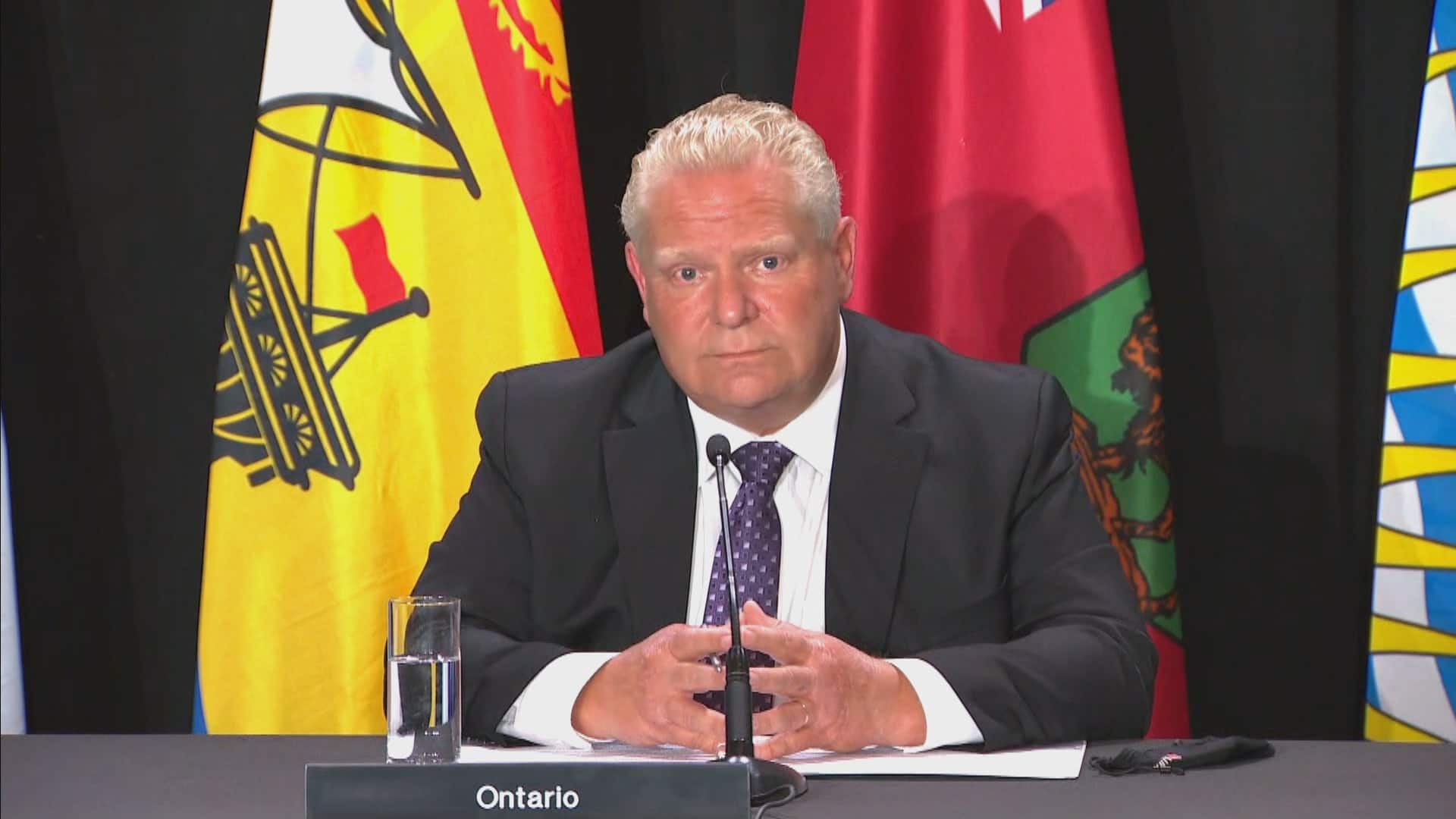 2 months agoVideo
1:39
The premiers of Ontario, Quebec, Manitoba and Alberta were asked by reporters why they needed to meet in Ottawa, where local health officials say a second wave of COVID-19 is in play. 1:39

The demands include the provinces and territories being able to allocate their health funding as they like without conditions; an additional $10 billion each year for 10 years to develop infrastructure; as well as an adjustment to fiscal stabilization for provinces like Alberta that has seen significant economic decline in recent years.

In addition to the cost of inflation, there is the impact of an aging population, pushing the cost of health services up by about 6 per cent every year, said Legault.

This isn't the first time the premiers have issued a call for health care funding. They met as a group in December for the first time since voters returned Trudeau to Ottawa with a second mandate, with health one of the top issues on the agenda.

Asked why the premiers were meeting to reiterate that call now, Legault said none of the recent federal healthcare spending announcements involve recurring funding. The hope, he says, is that that will change during Prime Minister Justin Trudeau's upcoming throne speech. 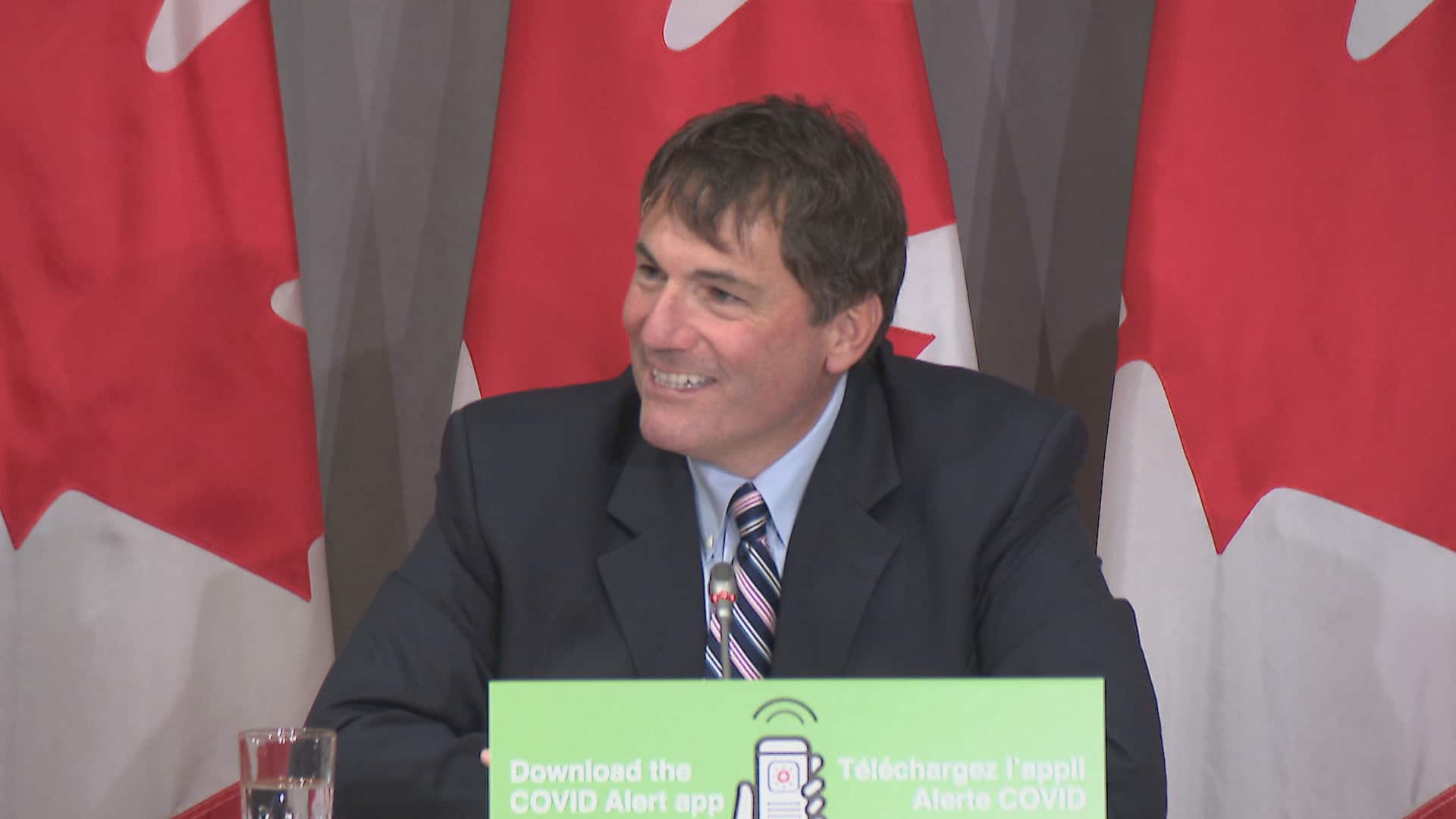 Two in three new infections hit those under 40

Trudeau has been holding conference calls almost every week with provincial and territorial leaders since the pandemic shut down the country in mid-March, and recently agreed to hold a virtual first ministers meeting on federal health care transfers.

His office has said no date has been set for that call, but it is likely to take place before Sept. 23, when the throne speech is expected.

The province has seen an upswing in its infection numbers since mid-August, largely in three public health units: Toronto, Peel and Ottawa. They recorded 130, 82, and 61 cases respectively, Health Minister Christine Elliott said in a series of tweets.

Just over two-thirds of Friday's cases were found in people under 40, she said.

"We're seeing a rise in cases and it's the speed of the increase that concerns us," said Dr. Vera Etches, Ottawa's chief medical officer, speaking about Ottawa and the province's other big cities.

Stricter rules could be coming to other regions, Ford says

She called the increase in cases "another wave," but isn't sure how big it will get. Etches said it is possible to bring it back down, citing Ottawa's ability to curb the rise in cases they saw back in July.

On Thursday, Ford re-introduced tighter restrictions on social gatherings for Toronto, Peel, and Ottawa to begin Friday with hopes to bring the number of daily cases back down. A limit of 10 people may congregate indoors, and 25 may get together outdoors. The premier said those who break these rules risk facing a minimum fine of $10,000 for the organizers and a $750 fine for the guests.

Ford said Friday other regions could also see a tightening of rules around social gatherings at the request of various mayors and medical officers.

On Thursday, Markham, Ont. Mayor Frank Scarpitti called for the province to extend the rules to that city.

Within the province's 34 health units, 24 recorded five or fewer cases. Of those 24 units, 15 saw no new cases at all.

Friday's testing reached 35,826 and the government plans to ramp up its testing capacity to 50,000 tests per day this fall.

Elliott vowed this week that details of that plan will be revealed soon.

Friday's update brings the province's total number of infections to 46,077 since the outbreak began in late January.

No new deaths were reported on Friday, keeping the current toll at 2,825. A CBC News analysis of local public health units, which is more up to date than the provincial figures, pegs the total at 2,865 deaths as of Friday morning.

There was a small increase in hospitalizations, with 58 patients currently admitted for care. However, the number of patients in intensive care and on a ventilator fell slightly.