Ontario's finance minister says the province will release a fiscal update rather than a complete 2020 budget next week as COVID-19 continues to cause anxiety and uncertainty.

Province will release fiscal outlook, which includes cash to deal with coronavirus

Ontario's finance minister says the province will release a fiscal update rather than a complete 2020 budget next week as COVID-19 continues to cause anxiety and uncertainty.

Rod Phillips says the update will be a "realistic, one-year outlook" that's based on current economic conditions. A full budget will come out in the fall, at the latest, Phillips said.

With at least 177 cases of COVID-19 in the province as of Monday and more expected, Phillips said the fiscal plan will devote significant resources to dealing with the virus. Hospitals, schools and municipalities, he said, will get certainty about how much money they'll receive in the coming year.

"Our government will make sure the resources are in place," Phillips told reporters at Queen's Park.

The province has already announced it's establishing a $100 million contingency fund to deal with COVID-19, and the government is also working on legislation that will protect workers who are forced into self-isolation. It's unclear when MPPs will meet to vote on that legislation. 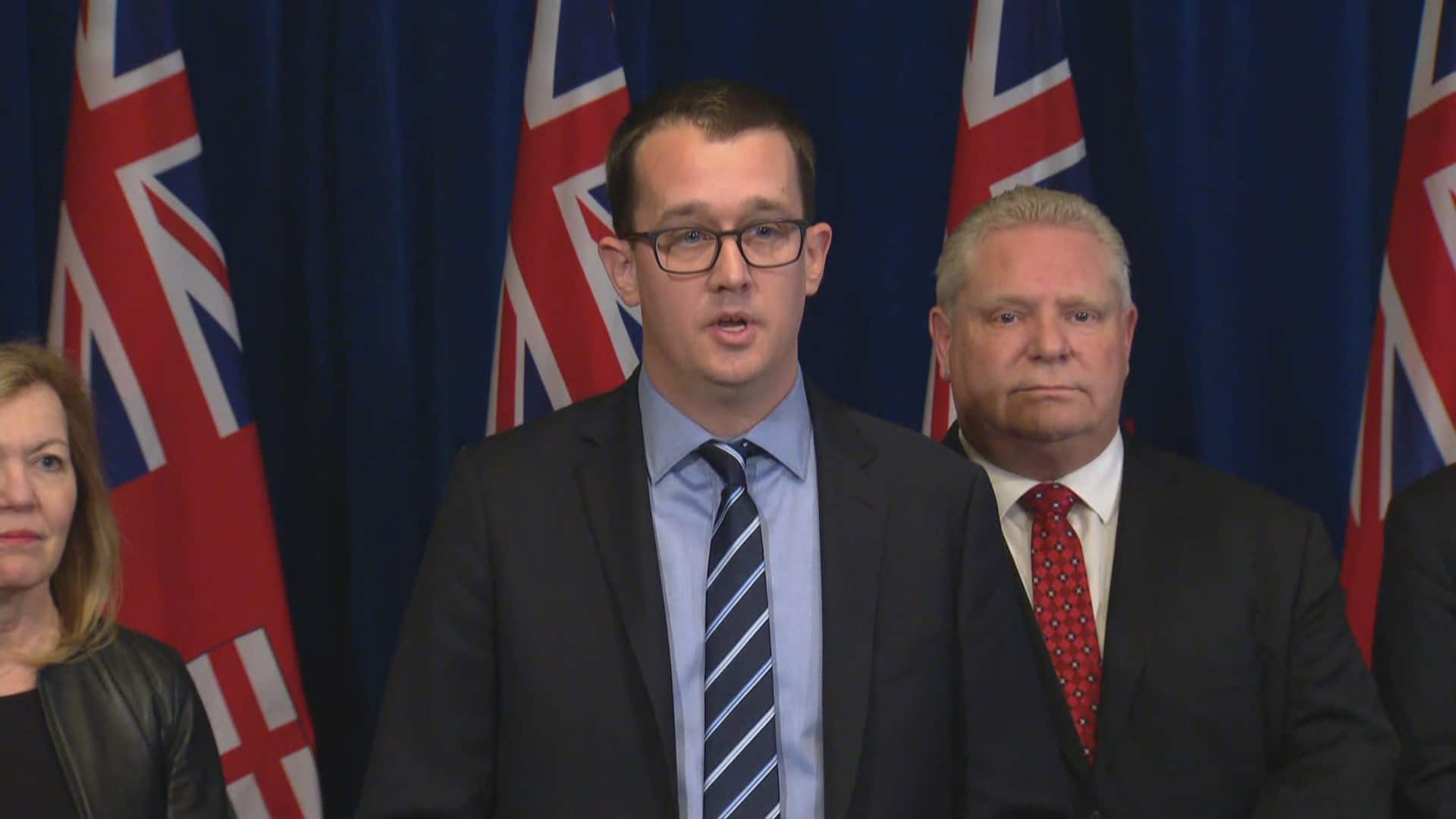 Ontario to introduce job protections amid spread of COVID-19

Premier Doug Ford, who spoke before Phillips, said his government is taking decisive action to deal with COVID-19, but also warned that these are "unprecedented times" and that the province faces "rough waters ahead."

Ontario was set to release its new budget on March 25.

Typically, the budget is released to a locked-down room full of reporters and stakeholders before it is revealed to the public. Given the government's call for social-distancing, it's unlikely that practice will continue, although Phillips didn't say how the fiscal update would be shared.

Get the latest on how Ontario is dealing with COVID-19 here.