Ontario budget 2015: Drivers with snow tires to get insurance discount

Ontario's governing Liberals are making further changes to auto insurance in a bid to drive down costs for motorists, including forcing insurers to give a discount to drivers who use snow tires. 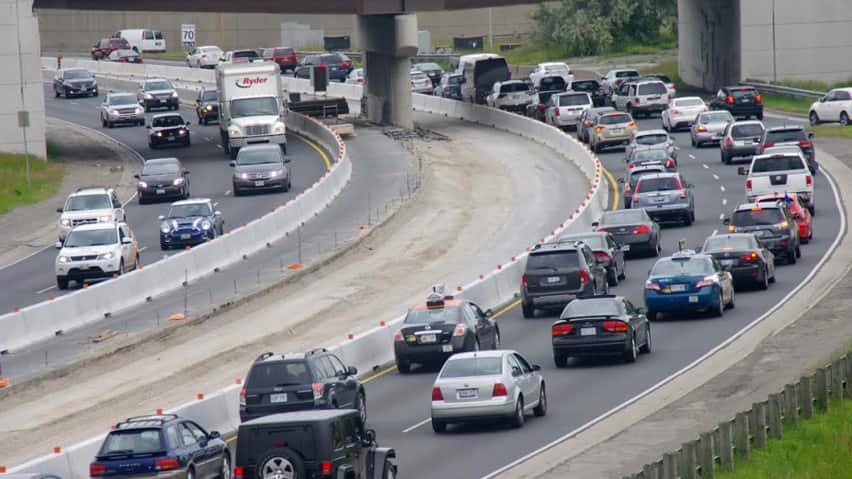 What Ontario's budget means for drivers

Ontario's governing Liberals are making further changes to auto insurance in a bid to drive down costs for motorists, including forcing insurers to give a discount to drivers who use snow tires.

In Thursday's budget, the provincial government laid out a series of additional steps it will take to reduce the costs of auto insurance.

The government says when a driver gets involved in certain types of minor, at-fault accidents, insurers will no longer be able to automatically increase their premium. But the government has yet to lay out the criteria for such accidents. It will consult with the industry before doing so.

It will also limit the maximum interest rate that some drivers pay on monthly auto insurance premium payments to 1.3 per cent, down from three per cent today.

The snow tires incentive is also outlined in the budget as a way to bring down auto insurance costs. But it's not immediately clear how much drivers will save. Finance Minister Charles Sousa would not say Thursday if he had a figure in mind.

Ontario is also taking a close look at what drivers are paying in other parts of the country and what kind of coverage they receive, as it looks to "bring these costs more in line with other provinces." To this end, the government intends to make regulatory changes.

These measures include establishing a $300 standard deductible for comprehensive coverage, as opposed to $500 — a level where it has otherwise stood for some time in Ontario.

There are also coming changes to basic auto insurance benefits. The government will combine medical and rehabilitation benefits with attendant care services as a single benefit set at $65,000. These separate benefits used to total more than $80,000. However, drivers will still be able to pay for increased coverage to a total of $1 million.

A similar change will be made in the case of catastrophic accidents. Services will be combined as a single benefit to a limit of $1 million. That's down from a combined $2-million limit today. But drivers will be able to pay more for coverage up to $2 million.

As these regulatory changes are implemented, the government says it will work with the industry to make sure the public is aware they are being made and what they mean.

Government had hoped for bigger insurance drops by now

The Liberal government has been working to trim insurance costs for some time.

"Ontario is certainly one of the highest-cost jurisdictions in North America for auto insurance claims," Sousa said today, when speaking with reporters before tabling the budget in the legislature.

He said the government has "done quite a bit with auto insurance already," but still has more to do.

The issue was brought to the forefront by the New Democrats two years ago, when they demanded the Liberals take steps to lower the premiums that Ontario drivers pay.

In their 2013 budget, the Liberals, who then held a minority position in the legislature, vowed to bring down rates by 15 per cent on average by August 2015. The government has since reported a decrease in rates, but so far its is only about halfway to its target.

As the government stated in its budget, "while progress has been made, costs in Ontario's auto insurance system remain too high."

And as Sousa put it on Thursday: "We're halfway there."

NDP Leader Andrea Horwath said she is not impressed by what the Liberals have accomplished.

She said that Ontario has "the lowest rate of accidents in the country," but pays the highest insurance rates.

As for any benefits stemming from changes the Liberals have made, Horwath said they have gone to insurance companies.

"It never trickles down to the drivers," she said.