Ontario's finance minister says he is rethinking a foreign buyers' tax as one possible option to cool the housing market.

A foreign buyers' tax is back on the table in Ontario, with the finance minister saying Thursday it's one possible option he's looking at to cool the housing market.

The average price of homes sold in the Greater Toronto Area last month rose 27.7 per cent over last year, and the average price of a detached home in Toronto is now more than $1.5 million. The latest numbers are fuelling worries of a housing bubble.

Finance Minister Charles Sousa said last year that Ontario would not follow the lead of British Columbia, which imposed a 15-per-cent tax on foreign nationals buying real estate in the Vancouver area. 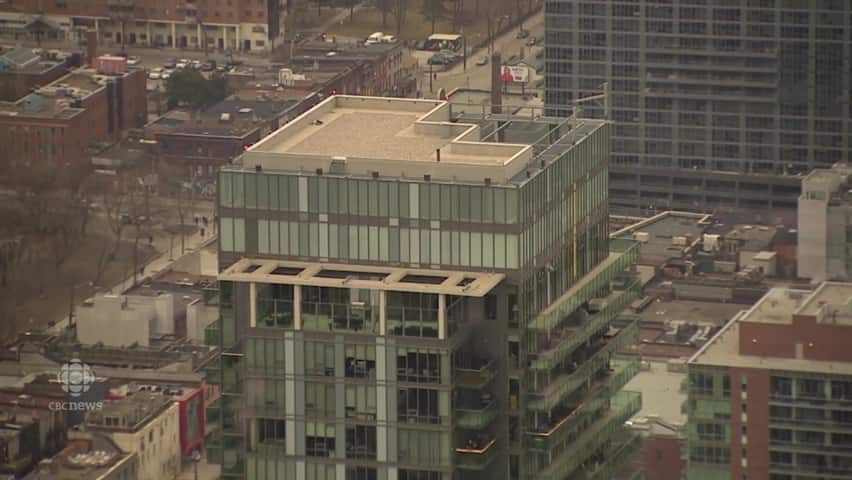 4 years ago
2:12
Ontario's Finance Minister Charles Sousa says he is re-thinking the government's position on a foreign home buyers tax. 2:12

Instead, the provincial Liberal government doubled the rebate on its land transfer tax for first-time homebuyers to $4,000 and raised the same tax on homes that sell for more than $2 million.

Sousa said Thursday that he is "keenly aware" of how quickly house prices have risen over the past year.

"A year ago I was thinking, 'Let market forces prevail,"' Sousa said. "But now I'm concerned about ... the ability of people to enter the marketplace. [There are] bidding wars everywhere you go, it appears, and I'm sensitive to that. I'm sensitive to the degree of fast appreciation in the short term and what will that do over the long term."

Sousa said he is considering a number of options for next steps, and "a foreign tax is just one."

In Ontario, the housing market has been heating up not just in Toronto, but across the whole Golden Horseshoe — which encompasses the western end of Lake Ontario, and regions south to Lake Erie and north to Georgian Bay — Sousa said.

It's not clear yet if foreign buyers are driving up demand or not, he said, noting Ontario has also been receiving a greater share of interprovincial migrants lately. In the third quarter of 2016, about 11,600 people moved to Ontario from other provinces, reversing a trend in recent years of more people leaving Ontario for other provinces, according to Ministry of Finance data.

If measures are taken in Toronto, Sousa said he would worry about the impact elsewhere.

"If there's an appreciation happening and you start to poke a bubble, to what extent am I then implicating something with unintended consequences for other parts of the region?" he said.

"If we do something in Toronto, what does that mean for Hamilton or Guelph?"

The Ontario Real Estate Association has come out against a foreign buyers' tax, saying the overwhelming majority of foreign home buyers are immigrants or permanent residents looking for a home, not speculators.

"The main culprit behind rapidly rising house prices is the GTA's unbalanced market — housing supply cannot meet demand — not foreign buyers," CEO Tim Hudak said Thursday in a statement. "Home affordability needs to be addressed before millennials are completely priced out of the market."

"Before we pin a tax on foreigners, we need to address the elephant in the room and that's the lack of housing supply," Hudak said.