Police east of Toronto have identified the victims of a mass shooting in Oshawa, Ont., as four members of the same family.

Chris Traynor and 3 of his children were killed early Friday, his wife Loretta Traynor was injured

Police east of Toronto have identified the victims of a mass shooting in Oshawa, Ont., as four members of the same family.

A 50-year-old woman who was injured in the Friday morning shooting continues to recover in hospital. She has been identified by family friends and neighbours as Loretta Traynor.

Police have identified the shooter as 48-year-old Mitchell Lapa, who died of a self-inflicted gunshot wound.

They say Lapa, of Winnipeg, was an "uninvited person" to the home and the homicide unit is still investigating the motive behind the shooting.

Police have not specified Lapa's relation to his victims.

In a news release on Sunday, police said investigators want to speak to anyone who knew Lapa because they are trying to understand the motivation for the shooting.

Anyone with details or background information about him is urged to contact Durham police.

Meanwhile, messages of condolences have been left in chalk on the grounds of two Oshawa schools in honour of the family.

Well-wishers have left the heartfelt messages on the grounds of Sir Albert Love Catholic School, an elementary school at 425 Wilson Rd. N., which Joseph attended. 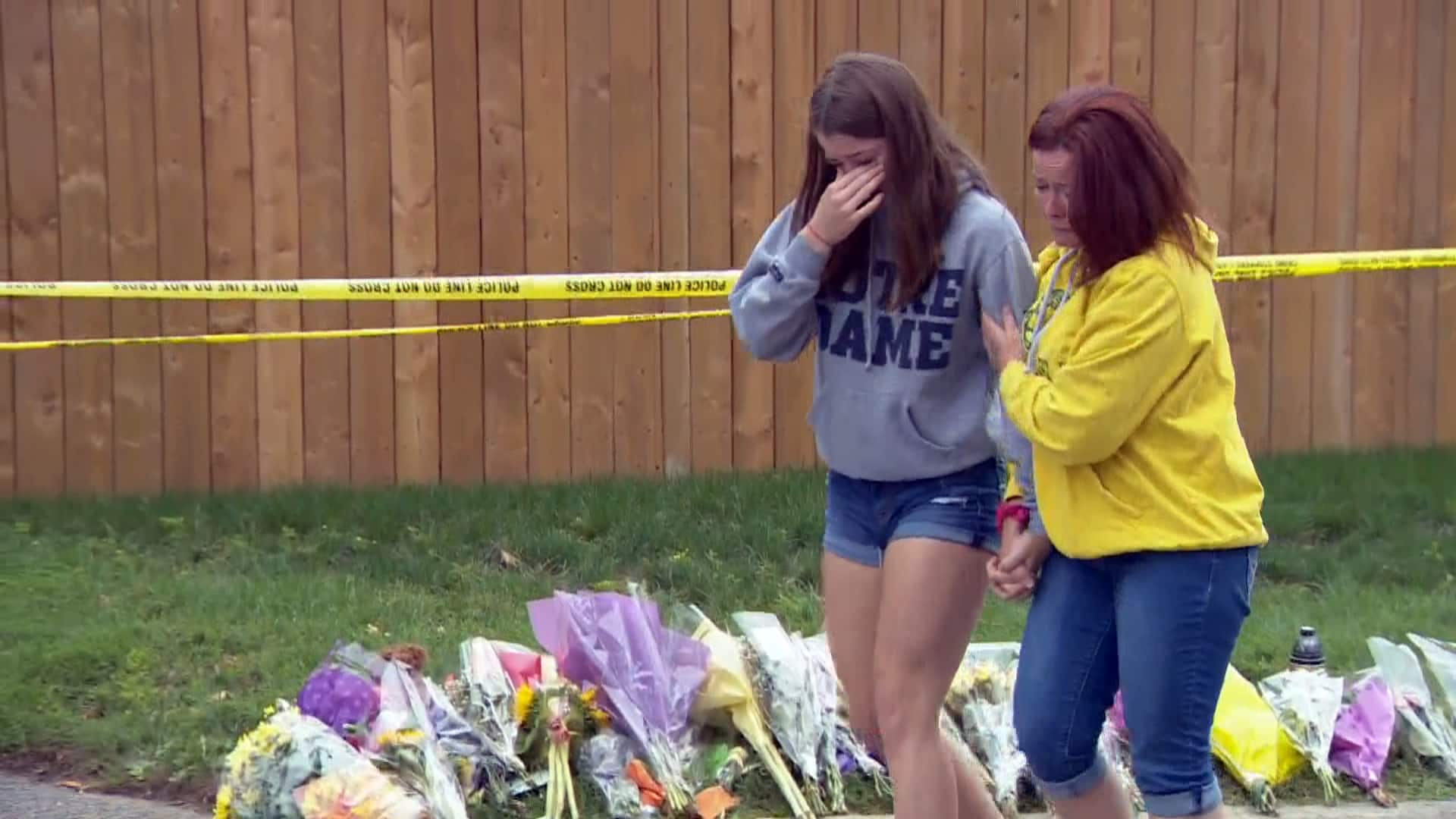 2 months ago
5:47
Chris Traynor and three of his four kids died in an apparent murder-suicide Friday. His neighbours and colleagues are remembering Traynor as a dedicated sports coach who had a deep connection to the community. 5:47

Messages have also been left on the grounds of Monsignor Paul Dwyer Catholic High School, a high school at 700 Stevenson Rd. N., where Chris Traynor was a teacher.

Loretta Traynor is said to be a teacher as well.

Bradley was a university student, while Adelaide was just starting high school.

Community members and loved ones are now left struggling to come to terms with the loss.

Flowers, candles and stuffed toys are also piling up outside the family's two-storey brick house.

"It doesn't make any sense knowing Chris and Loretta," Rob Mitchell, one of the family's neighbours, told CBC News on Sunday.

Ken Babcock, president of Baseball Oshawa, said Chris Traynor had coached with the program for many years and Joseph Traynor was a member of the Legionaires rep team.

"Words cannot describe the shocking and senseless tragedy that has struck our wonderful community in Oshawa and impacted our collective baseball family," Babcock said in a statement.

Neighbours described the Traynor family as caring deeply for each other, and said they were often seen spending time playing games and doing chores together in the yard.

Claire Dennis, a friend of one of the children and a former student of Chris Traynor, launched a GoFundMe campaign to support the family.

"Immediately, I think everyone's reaction is that they just want to help," Dennis told CBC News.

"I think the GoFundMe, and the amount of money it's raised in just 24 hours, is just a testament to the impact the family had on everyone in the community, everyone they touched."

As she mourns the loss of the family, Dennis said she's also overcoming shock.

"It just doesn't feel real," she said in an emotional interview Sunday.

Peter Gregory, who was a friend of Bradley and also a former student of Chris Traynor, described the family as "just incredible."

"I just don't have enough things to say about this family, this is just so, so tragic," he said.

Gregory said both parents touched many lives and were very involved in the community. He said Chris Traynor was an engaging teacher who earned the trust of his students.

And their kids, he said, were "just delightful, remarkable kids."

In a statement on Saturday, the Durham Catholic District School Board expressed shock at the deaths.

"On behalf of the Durham Catholic District School Board, I extend our prayers and most sincere sympathies to all who have been directly or indirectly impacted by what has occurred."

The board is also providing tips for parents and guardians on how to speak to children and provide support about the "sad and disturbing" news.

"We are aware that this incident reaches far into many of our school communities across the board. Regardless of connection to the individuals involved, such sad and disturbing news so close to home may bring about a variety of heightened emotions," Barill said.

"As a Catholic community rooted in faith, we continue to pray for the family members and those affected most directly by this heart-breaking news."

Meanwhile, the City of Oshawa announced that flags would be lowered to half-mast at city hall and other facilities.

"Our thoughts and prayers go out to the families and friends during this difficult time," Mayor Dan Carter said in a statement, while thanking police and first responders.

With files from CBC News and Erin Brohman